In creating Back to Lazarus, I often wrote things (backstory, character sketches, etc.) that didn’t make it into the finished novel, just to make sure I understood everything that would appear. Sometimes I wrote these snippets as scenes, and other times I tried letters written by characters to me or to each other. I think this falls somewhere in between. Sydney’s relationship with Ben is very important to her, and it’s important to the plot of Back to Lazarus (and for the next full-length Sydney novel as well–insert dramatic teaser sound here). At the same time, I knew I’d be walking a fine line making a relationship between an adult woman and a teenaged young man feel genuine without being creepy. Writing this exchange helped me get to know both of them better and ground their relationship. As with other unused and for-my-eyes-only bits, this is unedited. 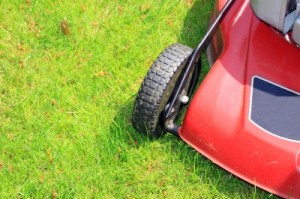 Ben and I had met about a year ago, a few months after I moved in. He was kicking at imaginary rocks on the sidewalk when I pulled into my driveway. I couldn’t pull in far because my carport was still full of mostly empty boxes, so I was only a few feet from him when I got out of my car. He had dark almost black eyebrows, thick brown hair that flopped to the tops of his ears, and the remnants of a deep summer tan. The tip of his shoe was nearly scuffed through from his exhibition of teenage angst, and the desire to yell at him to stop made me feel old.

He had lifted his head just enough so his voice would carry to me instead of straight into the ground. “You oughta mow your lawn.”

I pretended to take my time looking him over. “What are you, head of the neighborhood association?”

His head raised another fraction of an inch. “No. It just looks like crap.”

“Really? Well, it’s nice of you to volunteer to mow it then. C’mon.”

I don’t know why he followed me, but he did. Through my house, into the back yard where I thought I’d seen a lawnmower left by the previous homeowners. It was there all right, but it had looked a bit worse for wear and was serving as a banana spider condo. I looked at it dubiously. “Do you know how to work this thing?”

“There’s a side gate over there. Assuming you can get the thing started, I’ll give you $10 to do the front, $20 for the front and back.” I was starting to sweat in the shade. “And something cold to drink. I’ll be working, so just come on in if you need something. Take your shoes off at the door.”

He had met my eyes for the first time, and I could see that his own were twinkling. “I don’t know. What kind of beer do you have?”

“For you, root beer.” I tried to keep looking stern, but I’m not cut out for it. My mouth twitched, and he grinned back at me.

Somehow he got the mower started, but I don’t remember how. The only thing I clearly recall is watching from the kitchen window as he took a stick from the ground and traced the edges of the push mower’s handle. He removed the spider web that way, and the huge banana spider with it. He then set it gently on an azalea bush, stick and all.

I had ordered a pizza to go with the root beer, and he finished up the yard just as the pizza arrived. My dishes were still in a box in the kitchen, so we ate off paper plates at the plastic patio table in the back yard. The table and 3 chairs were also a bequest from the previous owners. Sometimes, when I was bored, I wondered where they had moved that they no longer needed these things, or on my more cynical days, why they took off in such a hurry.

“So, you never bothered to ask, but my name’s Ben. Not Benjamin, or Benny Boy, or any other stupid thing. Just Ben.”

Ben held up the plastic Nascar cup I’d picked up from some fast food joint and shook his head, then raised the cup for a swig of soda. “So, Syd, what are you, a student?”

“Believe it or not, I do have real dishes. I’m just too lazy to unpack them.”

I must have stared at him blankly.

In five minutes he’d figured out more about my psyche than I had in the last three months living out of my boxes. Scary. Maybe he was just projecting. “Yeah, something like that. Why, do you move around a lot?”

“Nah, not really. That’s just what I hear.” Ben reached for a third slice of pizza. “So are you a student? You don’t look that old, and you don’t act like most of the adults I know.”

“Clean living.” This time it was his turn to stare blankly. “No, I’m not a student, and I really am that old, even if I don’t act it.”

“You work for the State?”

I don’t know why I didn’t want to tell him. He just kept chewing and staring, and I thought of all the stories I’d heard of the annoying persistence of teenagers. Obviously this one didn’t have much to occupy his time except interrogating me. And he knew where I lived. I took a deep breath. “I’m a private investigator.”

That stopped his chewing. “No way! But you’re—“

“No.” Ben blushed all the way to his collarbones. “Well, yeah, of course you’re a girl. But that’s not what I was gonna say. You’re so—little.”

My root beer went down the wrong way, and I started coughing. Now I was the one red in the face. I was both flattered and offended that someone would find me little. It’s funny how you have this idea of yourself that isn’t what other people see. I had a neighbor once who used to walk her Jack Russell terrier morning and night. It was a small dog—less than 20 pounds—but when it saw another dog approaching it would stick out its chest and growl and bark as if it were a Great Dane. The funny thing is all the big dogs in the neighborhood were afraid of it, so maybe they saw a Great Dane too.

I’m nothing approaching fearless, but perhaps my self-image is similarly distorted. This discussion was before his recent growth spurt, but when we met Ben still had a few inches and a few pounds on me, not to mention the arrogance of male youth. I guess to him I did look little.

“I’m not so little that I can’t kick your ass, kid.” That wasn’t true, but I was guessing Ben didn’t know that. He probably thought ass-kicking was a skills section on your PI test.

He had blinked once, hard, then gave me a big grin. The kind you don’t often get from teenagers. That was the first of many nights of pizza, although we’ve tried some culinary reform of late. I may not contribute much to his nutrition, but he gets something a hell of a lot more important from me—acceptance. That’s something most teenagers don’t get. And that’s why I don’t ask about his family situation. Besides, who am I to judge?

I tell anyone who asks that I’m an only child. In a way it’s true. I have a sister, Lisa, who I haven’t spoken to for over 10 years. We never got along very well. I always thought she was a bitch, and she always knew I was right. I had a brother, Allen, but he’s dead. He died about 15 years ago, and pretty much took my family with him.