I returned to my rural West Virginia roots (born and raised) with Dead Hollow, a crime thriller series with a dash of the supernatural set in the fictional Appalachian town of Cold Springs. Dead Hollow is a true trilogy. In other words, there are no desperate cliff-hangers (I hate those!), but each book picks up where the previous one left off.

Let me reiterate, especially for Sydney Brennan fans, THESE DO HAVE A TOUCH OF WOO-WOO and THEY MUST BE READ IN ORDER. I hope you enjoy them!

When a child is kidnapped, what becomes of the best friends he left behind?

Twenty years ago, tragedy struck rural Beecham County. Someone kidnapped a boy during a camping trip. Then a girl disappeared on her way home from school. They were never found. The repercussions rippled through the community of Cold Springs, and the children closest to those taken carried the burden into adulthood. 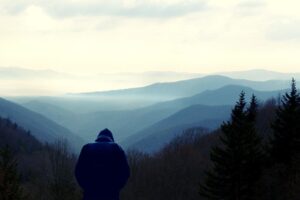 Adam Rutledge has spent his life adrift, pulling up stakes whenever anyone gets too close. While running from a past he can’t face, he’s blindsided by a terrifying, inexplicable dream that proves he can’t escape it, either. Any more than he can escape the gift that seems more a curse.

JJ Tulley is trying to escape the past as well, including her bad choice of spouse. Sure she’s struggling—what divorced mother isn’t?—but she thinks she’s fumbling through life in Cold Springs reasonably well. Until someone kidnaps her daughter’s best friend.

But the girl is just the beginning. The man in the shadows has a bigger, even darker plan.

And Adam and JJ are the only ones who can stop him.

Click on individual covers for more information, Previews (including text and Audiobook versions), and Purchase Links.