My first novel Back to Lazarus came into being on Kindle a couple of months ago. It was a relatively painless birth, from formatting to exporting and uploading. (I guess in this analogy the months of writing the novel was sex, much better than the pregnant years between writing and publishing.) I’m thrilled to say Back to Lazarus is now available in paperback on Amazon—woo hoo! Check out the full cover.

The paperback birth was not so painless. It wasn’t one of those “I must forget the pain of delivery or I’ll never have sex  again (that is, write another book)” kind of births, but I wouldn’t have said no to an injection to take the edge off. I definitely understand why many authors pay someone else do it. By far, the worst part was formatting. The margins were a bear, trying to leave room for legibility with binding in the middle and for headers and footers on the ends. The margins other authors suggested never quite worked right, and I ended up just experimenting and exporting dozens of times until it looked right. Paragraph indents was a leftover MS Word formatting land mine. (BTL was written on MS Word and then imported to Scrivener.) Ebook was fine, but in the paperback version—BOOM!—I ended up with sections and entire chapters where some paragraphs were indented a couple spaces more than others. To make a long, ugly invisible formatting story shorter, I ended up click-click-delete-return-clicking through the whole novel to fix it manually. Not a happy camper that day. 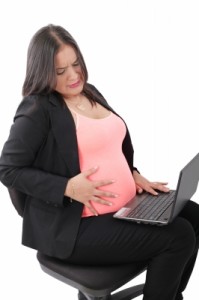 Another issue was smart quotes and em dashes—beware the Scrivener smart quote! That—was an em dash, by the way. Smart quotes are the pretty marks that curve around your quotations instead of just being straight up and down. Scrivener has a (gasp!) glitch that makes the quotation mark face in the wrong direction if it comes directly after an em dash, “like this—“ instead of “like this—.” I apparently have a lot of rude characters, interrupting and em dashing each other right and left, all of which I had to fix manually. (I’m better at catching them as I go in the second novel.)

The formatting was the worst part, but the upload wasn’t super-simple either. The Createspace interface is slow on my computer, and it seemed like for every other question I had to click the “I’m a doofus—what’s this mean?” button, sometimes stopping for a research session before answering. What should you do about your ISBN? What’s your publication date? (Still working on that one.) I spent way too much time mulling expanded distribution. It seems like a no-brainer. Who wouldn’t want her book to available to libraries and bookstores? But doing expanded distribution increases your price significantly. Which brings us to pricing.

Createspace (owned by Amazon) is print-on-demand. That means the book is only printed when it’s ordered, and the cost of producing your book is based on trim size (the dimensions) and the number of pages. That makes sense to me. BTL has about 380 pages as a 6” x 9” paperback. But to figure out the author’s royalty (the money you actually receive), you also have to include the costs of distribution, and that’s a little more of a black box. I’d like to price BTL at $12.99, but the costs of expanded distribution are so high I’d literally owe them money, and they don’t like that. Even bumping the price up to $14.99, I’ll only make about 50 cents on a book bought by a library, but I really want to have that availability. My compromise: offer BTL at a special introductory price of $12.99 for 30 days for the friends and family and fans who’ve been asking for it. Then around October 8th, I’ll increase the price to $14.99 so I can participate in expanded distribution. 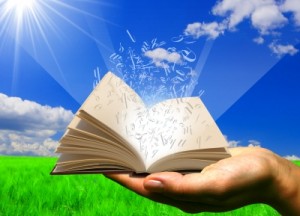 Okay, so that’s more information than you ever wanted about birthing a paperback. Hopefully this will be like most birthing stories: if you didn’t really want offspring before, this will reinforce your decision. If, on the other hand, you dream of holding that (paperback) baby in your hands, you’ll cringe, but we all know the heart wants what the heart wants…

[My cover was by Robin Ludwig Design Inc,; stock photos from freedigitalphotos.net: “Pregnant Woman Having Some Contractions” by David Castillo Dominici and “Book In One Hand” by Danilo Rizzuti]

One Reply to “Birthing a Paperback (You Might Want an Epidural)”