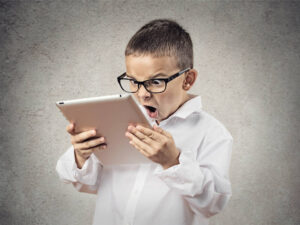 Apologies for the extended absence. My internet has been more down than up for the past… lifetime which is why I’ll keep this short and sweet and not push my luck. [Shocker: we’ve been waiting for a service call-out all week.]

Anyway, I just wanted to let you know I’m still out here, somewhere. Though not on Facebook because I can’t even get it to load. 😜 And I thought I’d take the opportunity to share one of our other distractions of late, a canine-related one.

Caring for Travis, aka Dingbat Dog, is edging into at least part-time job territory (a non-paying side hustle?), between literally feeding him by hand and mopping—worse, picking up—his accidents in the house.

But this time, it’s poor Fred in the spotlight. I’m happy to report he did pretty well not only with the New Year’s festivities season (I was still hearing fireworks yesterday) but also recent thunderstorms that blanketed the mountains in snow. (Mauna Kea looked amazing driving into Hilo this morning, with what appeared to be more snow than in these pictures; maybe it was a different angle).

Though his psyche is relatively sound, unfortunately Farmer Fred has a gift for growing things. On his body, not in the ground. 😳

A big growth that had been on his face forever started annoying him recently, so he started rubbing at it… I’ll spare you the details, but of course a vet visit ensued. Removing the growth required big, nasty Frankenstein-type sutures. It also tugs the side of his face up a little like the beginnings of a snarl, but I told him chicks love a tough guy.

He’s such a good, patient dog that he only looks slightly miserable when you’re hooking him up. And you have not lived until you’ve seen a coneheaded Ridgeback mutt sprong with playful joy after his first bathroom break of the morning.

Fred hasn’t broken anything in the house yet, but I did nearly yank his head off and lost the top layer of skin on my calf when I misjudged the cone circumference stepping over him yesterday.

I won’t traumatize you with pictures of his FrankenFace. Instead, here’s a Have-a-Snuggly-not-Scary-Weekend shot of him (FrankenFace down) snoozing next to his piddle-challenged buddy. Yes, Travis is lying on a puppy pad; did I mention part-time job?

[For the record, the big guy woke up while I was posting this, lifted his ear-scratching leg, and is now safely back in his cone.]