This is one of those Extras you don’t want to read before actually reading the novel, The Perils of Panacea. Don’t worry—the post isn’t going anywhere. Go read the book; we’ll wait…

Last chance to look away…

Okay. I often make random reference diagrams while writing. I just came across one from Secrets in Stockbridge with the downstairs layout of the Woodward estate. From Panacea, I have the slips and the docks at the marina, with distances, and what boats were where. But for one pivotal scene toward the end of Panacea, scrap paper wasn’t enough—I had to pull out my scientific calculator.

In Chapter 41, Sydney is driving with one of the Big Bads, in his car, toward the marina and certain death. How can our plucky heroine escape? Well, the answer comes in two parts.

First, she has to crash the car.

I had an image early on of Sydney driving a Lincoln Town Car over the grassy berm and the retaining wall, with the car coming to rest nose down on the dock and trunk suspended in mid-air. But would it really work?

Not having a spare Town Car and marina-adjacent retaining wall handy, I turned to Pythagoras and the internet instead. First I looked up the specifications for the 1995 Lincoln Town Car. I could find the overall length and width and height and weight, but I couldn’t find other dimensions I needed, like the bumper height, distance from the bumpers to the front and back tires, length of the doors, etc. So I fudged a little. I calculated the approximate distances using a straight-on profile picture of the vehicle from Lincoln’s promotional materials. This was probably a goofy way to do it, but it seemed to get me in the neighborhood. 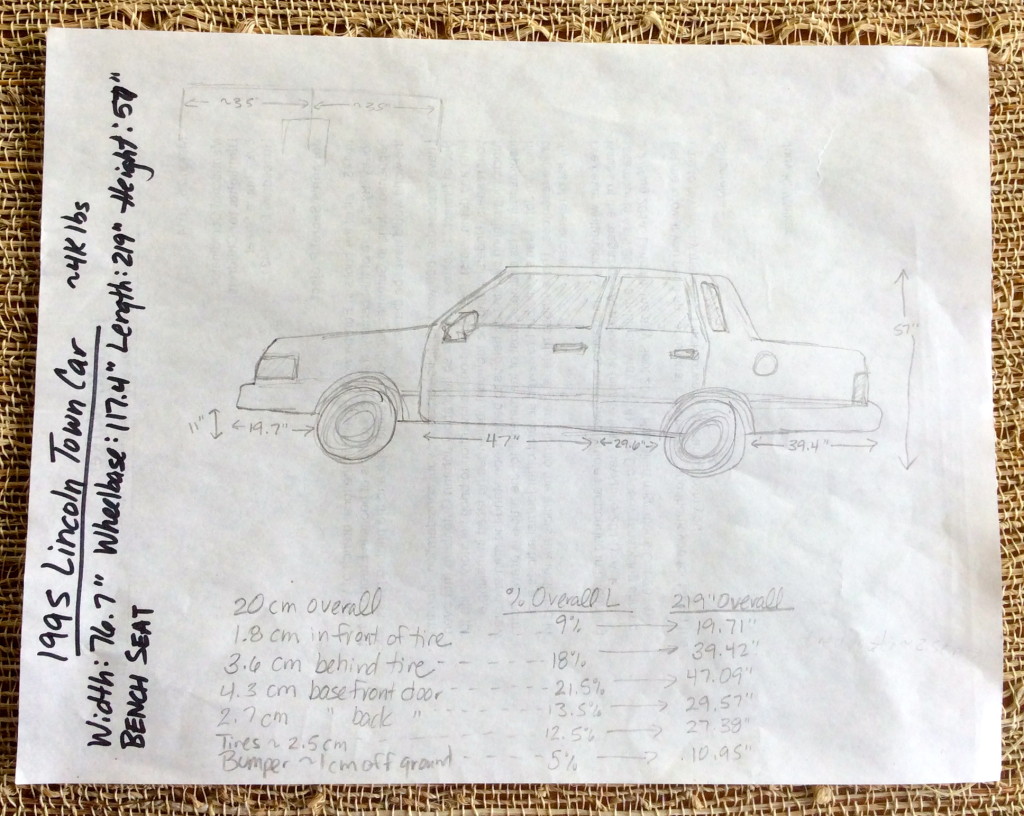 Once I had the car measurements in hand, I turned to the retaining wall.

Assuming that the retaining wall formed a right angle with the dock, I used the good old Pythagorean Theorem (a² + b² = c²) to calculate where the car’s front tire would be in relation to the bumper and the ground, whether the driver’s door would clear the berm, etc., depending on the height of the retaining wall.

I confess, I did have to look up the angle stuff (like tangent = opposite/adjacent), but at least I remembered enough to know what to look up! Ultimately I felt comfortable that the scenario I describe falls within the Fiction Fudge Window, i.e., close enough to plausible to not raise eyebrows. Here are a few of my calculations. 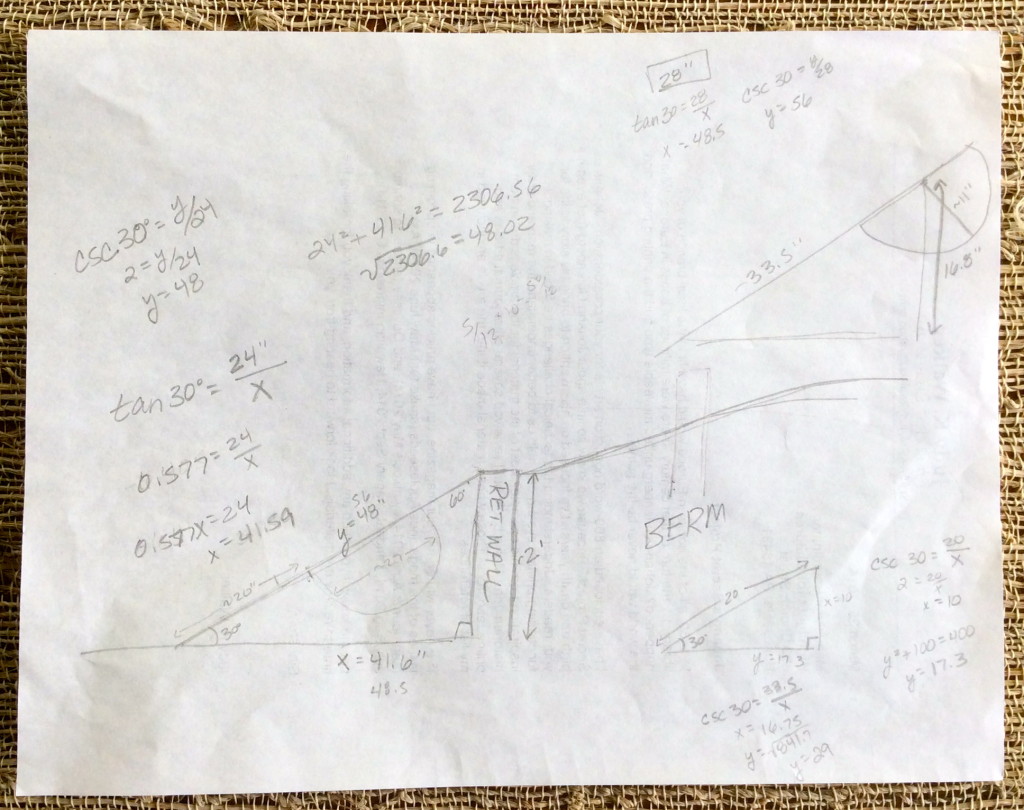 Of course, as I mentioned above, Sydney’s marina escape was a two-part problem.

Second, having crashed the car, she still has to get away from the Big Bad guy.

Working this out involved more experimentation with vehicle specs (door clearance, placement of seats and shifters and seat belts, etc.), as well as a martial arts consultation.

Things got complicated (and my consultant slightly frustrated) when I insisted, despite the fact that Sydney knows nothing about martial arts or fighting, “No, she can’t just run away; she has to kick his ass.” But well into the wee hours, acting out scenarios that occasionally scared the pets, we came up with some possibilities that fall within the Fiction Fudge Window.

This site uses Akismet to reduce spam. Learn how your comment data is processed.