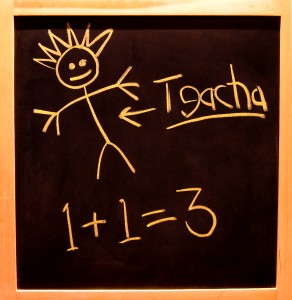 When I first downloaded Goodreads on my (long lost and lamented) iPhone years ago, I thought it was the best app ever. The bar code scanner almost made my head explode. It is a great resource for a lot of people, but I’ve never used it consistently, and  it turns out it wasn’t right for me at the time. As I said in my last post, I’m not a big reviewer, and I wasn’t looking for a community. I just wanted something to help me track what books I’d already read and which ones I wanted to read. But if I’d noted that I was reading a book, Goodreads would follow up—where are you on the book? Did you finish the book? What did you think of the book? This is (or was) my own dysfunction, but it felt like someone looking over my shoulder, a Guilt Generator. I felt guilty if I didn’t finish a book, and I occasionally rated books without writing reviews because (stupidity ahead) I felt pressured to do something. I’d gotten GR because I was a doofus (tired of checking out a book at the library, then getting it home and saying, “This seems familiar”), not to add to my many dysfunctions. So I stopped using it.

I went back on Goodreads recently, with my new writer/reader perspective (see Part I) to review my previous posts and try to stumble toward my own code of conduct, one that I could apply to all review platforms. Here’s how I dealt with old ratings and reviews:

From here forward, my policy is no ratings without reviews. I’ll either take the time to justify my enthusiasm or I won’t give any feedback. In practice, this means reviewing only those things that make me passionate, and generally if I don’t have something nice to say, I’ll keep mum. But I am still ok with a one-star review of the mega-author with the condescending portrayal of women, someone who can’t really be hurt but should be called on his shit. (Unfortunately I never wrote that review, and I don’t think it’s fair to write a review of something if you haven’t read it in the past month or so.) Which is sort of where I started, with one more addition. Keeping in mind my new awareness of how much reviews help authors, if I read a decent book—even a book I’m not dying to tell the world about—with only a few reviews, I’ll skip Twitter or whatever other timesuck was on my immediate horizon and write a brief but hopefully thoughtful review. I’m still not going to throw 4-star reviews around willy nilly, but if I’m wavering and there’s no halfsies, it won’t kill me to round up. Mathematically, five tenths should be rounded up instead of down anyway, right? 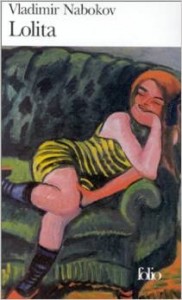 So that’s something. But I still wonder about our culture of reviews, what this expectation (and sometimes presumption) of high ratings means for the quality of our work going forward. As I write this post, the average rating of Vladimir Nabokov’s Lolita is 3.85 stars on Goodreads and 4.5 stars on Amazon. Joseph Heller’s Catch-22 is 3.96 on GR and 4.4 on AMZ. Thomas Pynchon’s The Crying of Lot 49 is 3.71 on GR and 3.9 on AMZ, so it would be ineligible for many advertisers. And what would these books have been rated when they were initially released, when they were much more controversial, before they achieved classic/cult status? I’m hoping this is just a blip, that as the ebb and flow (ok, mostly flow) of ebook production become more stable, or at least predictable, the promotional market will develop better ways to regulate its intake than reliance on high reader reviews, whether those reviews are inflated or not.