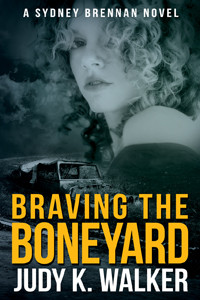 I’m going to let you in on a little secret. I publish a blog post every Friday, but—unless life gets crazy and I’m super busy—I actually write it the day before, on Thursday. I prefer to avoid the day-of pressure, especially since I’m five or six hours behind the U.S. East coast timezone-wise. That means right now I’m sitting at my desk, on a sort of holiday, staring at the screen, saying, Huh. Usually just in my mind, but occasionally out loud. So expect a lot of meandering today. 😉 Oh, except I do want to let you know that Sydney Brennan Book Five, Braving the Boneyard, is half off everywhere this holiday weekend, if you’re looking for an excuse to sit in the corner with your beverage of choice and avoid the crowds. You can find the links to all retailers here.

Okay, with that bit of business done, I thought I’d share a few thoughts about cultural context that came up at this morning’s Thanksgiving breakfast. (Nothing fancy, just husband chef—thank you, hubby!—and hopeful canines around the table at home.) I’m in editing mode now, which is another reason anything non-editing draws a Huh from me, and sometimes that makes it hard for me to read books in the same genre. For example, last weekend I had high hopes for a new release from an author I usually enjoy. Instead, I got hung up in copy editing mistakes (for the record, it was traditionally published by HarperCollins) and the feeling that the way the book was structured did not do the story any favors. Hmm… time to step away from the mysteries and thrillers. 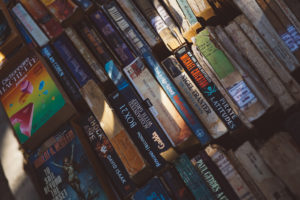 A couple of days ago, I picked up an urban fantasy instead, with an ancient Druid and a decent sense of humor. (Must… have… humor.) My husband had read it, and he said some reviews complained that the women always used their feminine wiles—okay, nudity and sex, but offscreen sex—to get their way. After some discussion, we decided we were basically okay with it because it made sense within the cultural context. The women were actually goddesses or immortals or something (still reading, so I’m a little fuzzy on that), and they didn’t exactly keep with the times. (The Americas are still very much the New World, and don’t even think about bringing up the internet.)

For some reason, this discussion brought to mind a review of one of Sydney’s books. The reader enjoyed the book, but was (I’m paraphrasing from memory) a little annoyed that Sydney seemed so beguiling to all the men around her. I could see that. There’s actually a reference to it in a holiday surprise I’ll be telling you about soon. 😉 And yet, there are men who definitely do not succumb to her charms. So what gives the impression of Sydney being a… what’s a word for Succubus Light? (Incidentally, the name of the worst craft beer flavor ever.) My husband observed that she’s “at that age.” I won’t totally out Sydney today, but let’s just say that like many unattached men and women who’ve hit thirty (and passed it), she’s probably starting to look around with more interest. Whether she want kids or not, maybe she thinks it’s time to find a partner.

It’s probably also a narrative bias. As an author, I’m going to spend more pages on characters my protagonist has chemistry with, sexual or otherwise. It just makes for a more interesting story. But there’s something else that occurred to me, a mini cultural revelation if you will.

I think Southern people are flirtier.

There. I said it. You can throw things at the screen if you want (keeping in mind, of course, that it’s your screen).

Whether a big party or a small gathering, whether the individuals are single or happily married, contemporaries or decades apart in age, physically attracted to each other or not, I feel like there’s a lot of flirting going when people get together south of the Mason Dixon. To be clear, when I say flirting, I’m not talking about the borderline or outright inappropriate comment someone makes at a bar with the sole purpose of determining the other person’s availability. I’m talking about saying things that make the other person laugh and feel good about him- or herself. These interactions are celebratory, a way of acknowledging that you’re both lucky enough to be alive and present and enjoying that moment in each other’s company. They are not a more subtle way of saying I’d like to get in your pants. 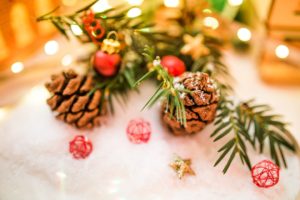 So as the season of ubiquitous celebrations and their complex calculus approaches (How do I know this person? What are our safe conversation subjects? Is my skirt stuck in my pantyhose), I just thought I’d throw it out there: maybe it’s time to get in touch with our Southern roots. Let’s loosen up and have a little harmless, friendly flirting. (If you don’t know how, or the closest you’ve come to the South is your childhood Dukes of Hazzard lunchbox, just say y’all three times under your breath and it’ll come to you.)

[Paperback books by FOX and Holiday ornament by Luis Llerena, both from stocksnap.io]