Lest you think you are the only one who has those kinds of Mondays, the ones where you should never be let within arm’s length of power tools or the internet, let me reassure you. We are of the same tribe. 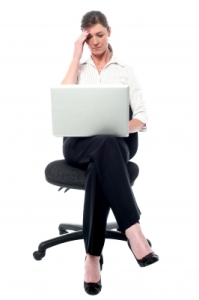 If you’re a regular blog reader, you probably know my novella Secrets in Stockbridge was released over the weekend. Sort of. I spent way too much time troubleshooting updated ebook back matter links in SIS and BTL, with the trouble emerging unscathed. Apparently Amazon and Apple are having a tiff, and I still haven’t figured what’s going on with Kindle readers. So instead of satisfying resolution, I now have a potential fix on my to-do list that involves adding a page to my website that’s just a hair (or a Rapunzel’s head of hair) outside my comfort zone. I also got antsy because my paperback and ebook hadn’t been merged yet in Amazon, so I dropped them a line.

When I woke this morning, there was an email saying Amazon was taking care of it. Sure enough, I went online and found them linked in my Author Page. Yay! Then I noticed that was the only place my paperback existed. It’s gone. As of now, my paperback is still invisible to the Amazon search engine, but you can get to it here. To distract myself from compulsively checking for the Abracadabra appearance of my paperback or an email from Amazon, I decided to update my Goodreads author profile. I’d added the SIS paperback and ebook, but I needed to merge the listings. Can you feel the frisson of “No, not the red button again!” Well, it wasn’t technically a red button, but I did manage to combine all four editions of BTL and SIS into one book to rule them all. Essentially Back to Lazarus ate everyone else. Whoops. 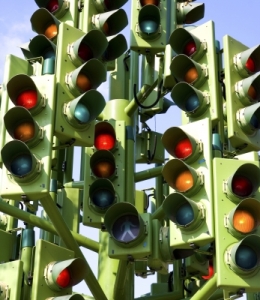 Having added Goodreads to my list of technical assistance emails to watch for, my next task was tackling a contract in my inbox for a magazine article. Of course it wouldn’t print. After much consternation on my part (and for no apparent reason on its part), the printer deigned to spit out the pages. I signed the contract and scanned it to email it back. There was a moment of relief when I hit send, until I realized I’d forgotten to attach the contract. Whoops—no big deal. Except then the contract wouldn’t attach to the email, on my Yahoo or webmail account. I noticed the scanned file was three times bigger than usual, so I tried to rescan it on different settings. My scanner froze. Repeatedly. After multiple shutdowns. Which has never happened before. So I went back to and switched out my version of Yahoo to see if the contract would attach, and this time it worked. Yay—something accomplished!

That was my morning. I don’t think I was any more successful in the afternoon; I was just too worn down to get mad anymore. At least I wasn’t cutting lumber. So from here on out, I vote we start the week on Tuesday. All in favor, raise your glass …

Images: From freedigitalphotos.net I Accidentally Made A Blunder, Oh Crap! by stock images and Confusing Traffic Signals At A Busy Intersection by Stuart Miles