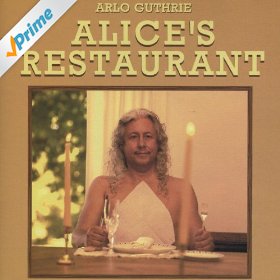 The title of my latest novella, Secrets in Stockbridge, refers to the small town in Upstate New York where the bulk of the story takes place. But is it a real place? It feels real enough in my mind, for whatever that’s worth. You may find it on a map. Since it’s the holiday season, perhaps you’ve even heard it immortalized in song. Yesterday my husband returned from a morning drive bursting with the realization that Alice’s Restaurant, of Arlo Guthrie Thanksgiving fame, is in Stockbridge. (Apologies if I just planted an ear worm; if I didn’t, you’ve obviously never heard the song before and should scroll down to check it out when you have a spare 18+ minutes.) But the song takes place in Stockbridge, Massachusetts, not New York. Sydney’s Stockbridge is actually a fictional town. 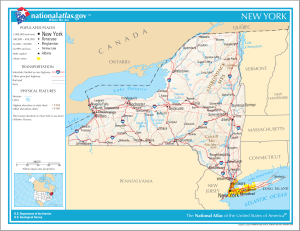 I knew what the town that hosts the Woodford estate looked like, the type of people who lived there and why, far before I had a name for it. When I finally decided its state of namelessness had gone on long enough, I pulled up several maps of New York. I knew approximately where I wanted the town to be, in terms of the climate and landscape and culture. I’d also written it with geographic clues (Sydney flies into Albany airport, she is X hours from Boston, etc.), so I used my maps to narrow that approximate area location down even further and ensure all the geographic details I’d already written were consistent. Then I looked up some of the towns in the vicinity to make sure what I envisioned wasn’t wildly at odds with what actually existed, and to make sure I didn’t accidentally use the name of a real town. I have vivid memories of scary winter flights in and out of Albany, followed by icy shuttle rides to college in western Massachusetts. I could supplement my (unfortunately) meager Boston experiences with research to sufficiently cover Sydney’s brief trip to that city. But I can’t imagine writing about a real place I’ve never been, even if it is a small town that only a couple hundred people in the world would recognize.

But why call it Stockbridge? If other parts of the setting are very research-oriented for me, actually choosing a name is just as intuitive. The biggest factor: what feels right and sounds right when I say it out loud? For some reason, I settled on Stock-something early on (maybe the Puritanical hint of a person trapped in the stocks). I played around with Stockdale, Stockwell … but Stockbridge just felt right. And it works in the title. I have a practice of using the names of towns in my Sydney Brennan titles, so that adds another layer of pressure—I mean, consideration. Maybe that’s why I was 100,000 words into the rough draft of the next full-length novel (tentatively titled Pursuit to Panacea) before I stopped typing [INSERT JD’S TOWN]. It’s a good thing Scrivener enables my dysfunction so effectively (comments, find and replace, etc.). Good co-dependent relationships with software are hard to find.