Hope everyone is having a pleasant holiday! We opted not to travel and to generally be low-key this year, so mine should be relaxing. Unfortunately, I keep watching the clock and calendar, feeling the pinch of approaching deadlines. I have a draft of the fifth Sydney Brennan book due to my developmental editor on January 1st. (My husband and I were brainstorming titles at breakfast this morning.)

When we first set the due date a couple of weeks ago, I have to admit that I was a little disappointed, realizing I probably wouldn’t be able to release the book as quickly as I had hoped. Obviously, I had not looked at a calendar recently for a reality check on how little time I had left to whip my rough draft into slightly less rough shape. Let me give you an idea of its richly textured surface. 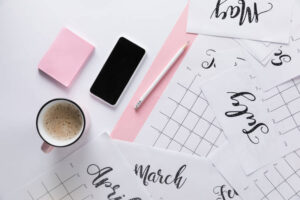 I work in Scrivener, and I often add comments to my manuscript, notes to fill in details later rather than interrupt the flow of my writing by stopping to confirm things like what shoes my heroine was wearing when she left the house that morning (usually sneakers) or how old Tallahassee is (it was founded in the early 1820s).

I thought I’d give you an idea of what my browser history looks like over the past couple of weeks by sharing a few of the things I’ve had to look up:

Meanwhile, as I’m skimming through my fix-it notes, I try not to get too distracted by little things like word choice and typos that I can fix later in the process, but I usually take care of them as I go as well. Here are a few of my early, I’m-not-supposed-to-be-editing observations:

Of course, there are other big picture things I’m seeing with a little distance from the manuscript, including a couple of scenes I need to add, and some things I should probably trim. Didn’t someone give us coffee for Christmas? Chocolate covered espresso beans? When in doubt, there’s always the workhorse French Press. Plenty of time for sleeping in the New Year!