You’re probably wondering when I’ll stop talking about writing Prodigal (the first book in my new series). That would be in about a week and a half, when I finish it. (The rough draft anyway.) That kind of boggles my mind, that I’ve been able to stick to my schedule (a minor miracle in itself) after losing a few weeks to a fritzing laptop. And I’m still feeling really good about it. My workspace is deteriorating a bit as I get closer to the end (past 70K words now, and the Post-Its are like confetti), but my mind is not yet mush.

I mentioned last week that I’d slowed down a bit because I was in the “Something else happens here” zone of my loose outline. This week I was slowed by what I can only call lack of life experience. I had a vague idea of the sequence of events that would lead to the final climax, but I hadn’t really given a lot of thought to the mechanics. Let me give you a fake but analogous example, so as not to spoil the story. (People who spoil stories should be bathed in honey and subjected to fire ants; be warned that I have both at my disposal.) 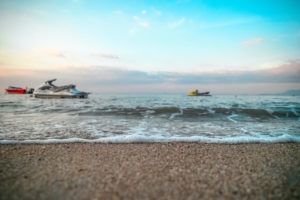 Okay, so here’s the (fake) situation: my protagonists need to get to an island to retrieve the secret recipe for potato candy before it is lost beneath a freak high tide. (If you’d ever eaten my aunt’s potato candy, you would swim to an island to get it; then you’d swim back to the shore on the sugar rush.) But they have no boat, and there’s none nearby to steal. (Big boat show down the coast; everyone’s gone for the weekend.) And let’s say they can’t make one because… I don’t know. Because they’re normal people who can’t make a boat in less than three hours that won’t sink. All is lost!

Except, there is a Jet Ski. Ah-ha! All is not lost. But they have to hot-wire it. Or whatever it is you do to unlawfully abscond with a Jet Ski. No problem; they are brilliant, well-rounded protagonists and they have the skills. Um, wait a minute… I don’t. And if I don’t write it, they can’t do it. Schnooblitt! (One of my favorite fake curses.)

[Intermission Music while The Author Consults the Google Oracle]

Okay, so now I’ve written them hot-wiring Jet Skis (in way too much detail to make sure I got it right; that’ll have to be trimmed in edits). Off to the island. Wait… do I see a raised hand in the back? Yes, sir… how far does a Jet Ski go on a tank of gas? Excellent question. 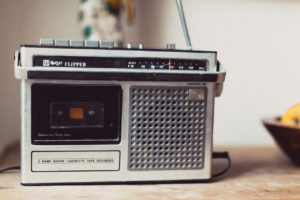 All righty then, they jump on their Jet Skis and… wait a minute. There’s only one Jet Ski. They’re riding double. Wonder how that would affect gas mileage… Who cares? I’ll make the island closer! But what’s it like for the person on the back… do they just cling? Is there a place to put their feet? Maybe I should look at some pictures…

[Getting sick of that Music yet?]

Disclaimer: Okay, that was basically the official end of the blog post, but in the interests of full disclosure, honesty with my readers, and all that jazz, I have to admit that I gave you a bad fake example. I can’t hot-wire one, but I do know what it’s like to ride double on a Jet Ski. Let me just say don’t do it. At least not when it’s your honeymoon bridge (that day or two between getting married and heading to your actual honeymoon location) and there’s a storm in the Gulf of Mexico and the guys riding single are just loving popping up and over the waves at high speed. Unless, that is, you’re the person in the front, and you’re wearing padded pants. Consider yourself warned.

[Jet Ski by Donald Tong and Cassette Player by Peter Miranda, both from stocksnap.io]