“Look to the right of you and look to the left of you,” the man from Hawaii Public Radio said. I had a flashback to law school orientation and the ethics professor (insert lawyer joke here) who said we would sleep with one of those people. Fortunately, in this Hilo auditorium, my husband was sitting next to me. Instead, the HPR man continued, “This is your tribe.” 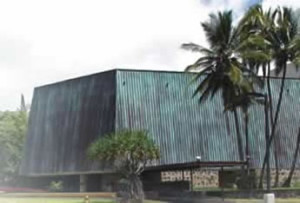 I’d had an inkling of that fact when we’d found ourselves competing with a pack of other hybrid cars for spots in the parking lot. Apparently our tribe includes the 23 openly gay men and few hundred non-hippie liberals on the Big Island. (If you think all liberals are hippie liberals, take a stroll around a Tallahassee or other college town farmer’s market, followed by a stroll around a Puna farmer’s market; you’ll see the difference.) As we looked around the auditorium, I was surprised to recognize so few faces. Who were all these people, and why had we never seen them before on our not-so-little island? A couple in front of us had come from Kona side. (The bearded man wore a red shirt with a pirate emblem and a pair of short shorts that would have done Magnum P.I. proud—except for the black belt.) We ran into a friend from Waimea (smack dab in the middle) doing a girls’ night out, and we’d come in from lower Puna, so the Hilo audience was drawn from all over the island. But still—what cave had all these people been hiding in, and why weren’t we invited?

David Sedaris stood at a simple wooden lectern that looked like something my husband would have built. (Built now, that is, when any spare time is devoted to constructing basic pieces of our house, not in our mainland days when he could putter and make pretty furniture with bigger and better tools that we’d need a big generator to run here.) Sedaris read from a stack of papers that he shuffled through, glancing at his watch to note his reading times. As he read aloud, he scribbled annotations—little word changes that would work better—editing on the fly. One piece was being read for the first time, he admitted afterwards, and he hadn’t been sure about the ending. At some point it hit me: of course I’m in David Sedaris’s tribe. He’s a writer. I tend to think of him as a performer. And as a writer, he connects with people the way I want to connect with them. 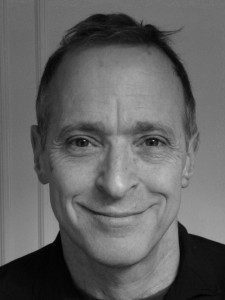 Lest my momentary 30,000-foot-view seem ambivalent, let me be clear: David Sedaris made me laugh my ass off. I cannot remember the last time I’d laughed so much and so unselfconsciously. (My neighbor to the left, the one I don’t sleep with, didn’t laugh nearly so much.) For me, the stories David Sedaris shared were hilarious because they felt genuine. By genuine, I don’t mean necessarily factually true. No good story is ever as it would appear on a videotape of the actual incident. As Jimmy Buffett would say, “It’s a semi-true story/ Believe it or not/ I made up a few things/ And there’s some I forgot/ But the life and the telling/ Are both real to me/ And they all run together and turn out to be/ A semi-true story.” (Semi-True Story is from his Beach House on the Moon Album.) The full experience of Sedaris’s stories felt real to me, even what he called the “downer” bits. And that range of emotional experience meant that, unlike listening to the most gifted comedian, when the funny bits came my laughter was real and wholehearted.

You hear a lot about the idea of tribe in the indie publishing community, about finding the readers who really resonate with your work. These are the people who will read everything you publish, and they’ll tell their friends how much they love it and make them read it, too. If you publish something that’s a little different, a little unexpected, or maybe it’s one of your lesser titles, your tribe will give you a second chance. Sort of like Apple, before they lost sight of the indie we-don’t-need-to-be-Microsoft vibe that made them so awesome. (Did you hear they’re talking about making cars??) Certainly not everyone in that auditorium was in David Sedaris’s tribe. Some people went with friends who were fans, or decided to take a chance on someone whose work they didn’t know because no one ever comes to perform in Hilo. Most of those people probably still enjoyed themselves, but I doubt they went home and named a coqui frog “ThankYouForComingToHiloAwesomeDavidSedaris.”

(Note: Yes, I would be the coqui-namer; to fully appreciate the name, you have to track down his Nicaraguan French story.)