One of the things that’s driven me crazy lately in Sydney#2 (the unfinished untitled novel, not the novella that’s in edits) is geography.

Instead of sticking with north Florida as it actually is, I’ve kept some real places and added a bunch of my own. Sometimes I’ll have a real place in mind and change its name to protect the guilty. More often, I have created a place in my mind that is a combination of multiple real places, with some fictional flourishes.

For example, my city might have the architecture of old Saint Augustine, the attitude of South Beach, and a nudist woodchuck festival every May (you know, where nudists make sculptures of woodchucks while working in OSHA-required headgear and aprons). 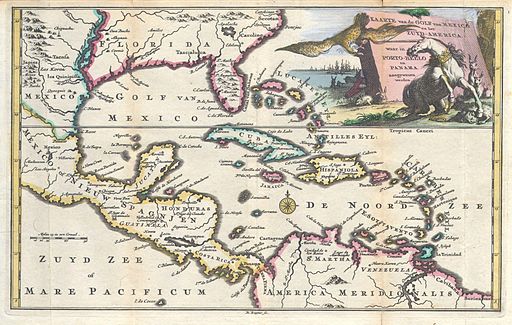 Thanks to my insistence on Sydney living in faux Florida, I have to search sporadically through Back to Lazarus and Sydney#2 and pull out a worn road map to answer questions.

For example, how far is Hainey (not a real town) from Pensacola (real town)? How long does it take to drive from Tallahassee (real town) to West Florida Correctional Institution (not a real prison)?

I really need to take a day to do a Sydney Brennan’s Florida map—it would probably save me time in the long run—but I just haven’t made it a priority yet.

Sometimes I can make a note in the text to fill in a minor geography detail later, but occasionally I’m at a point in the story where distances or timing are so important, I have to know the answer before moving forward.

This has been frustrating enough that, in future books, I think I’ll try to limit my fictional places, or do the mystery equivalent of “world-building” ahead of time.

Of course, any fictional place needs a fictional name, much like a character.

For me, the naming process is fairly similar for the two as well. It’s intuitive, trying on the flavor of the name while thinking of the town or person, so it’s a process that can’t begin until I have a sense of the character or place.

I’m sure that, like Richard in Back to Lazarus, at some point you’ve met someone you felt had been improperly named. It’s bad enough in real life, but in fiction, when the only visual aids you have are through the words you’re reading, it can be difficult to keep characters straight if their names don’t fit. (Unless, of course, you intentionally go the opposite direction with a body builder named Tiny or a chihuahua named Cujo.)

I changed Richard’s name early in the writing of Back to Lazarus (back when it also had another name) because it didn’t feel right. (I think, but couldn’t swear to it without tracking down my notes, he used to be Allan, which became Sydney’s brother’s name.)

The great thing about fiction is you’re not Moses—nothing is written in stone.

Sometimes I forget that I can change things at will, and it’s liberating when I suddenly remember I have that option. In the upcoming Sydney novella, I didn’t change the male lead’s name, but I completely changed his personality. Once I started writing him, I realized I’d had the character entirely wrong, and ultimately it changed his story arc with Sydney.

But I digress… back to names.

Sometimes you just need a name—any name will do—for a minor character, or a character you think is a minor character. (Turn your back for an evening to catch up on Game of Thrones, and you may find there’s been a story coup.)

Scrivener has a name generator tool, but Back to Lazarus was written in my pre-Scrivener days, so I had to scavenge from my own life. The two police officers, Drake and Sutton, popped into my head from the name of a teacher I haven’t seen in many years. (She had several husbands, if I’d wanted to make the police force bigger.)

It seemed completely random at the time, like pulling Bingo numbers from my head, but on reflection my subconscious was hard at work.

This particular teacher encouraged my writing while I was still in elementary school and gave me an annotated book of poetry that has lived on all of my various bookshelves over the decades. 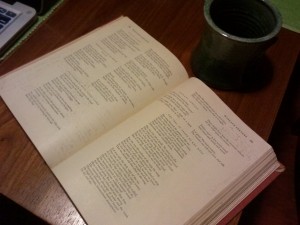 (She also gave me an autographed copy of one of Jean Auel’s Clan of the Cave Bear books; I think I was in junior high at the time, but I don’t think she or my mom realized it was caveman erotica light. Or maybe I just remember it that way.)

For next week’s “Magpie Moments,” I’m going to stick with the name theme, but I’ll be talking about the origins of Sydney’s name.

I’ll also be running a little contest, with a signed paperback of Back to Lazarus as the prize for the first person to solve the puzzle, so be sure to drop by next Tuesday.