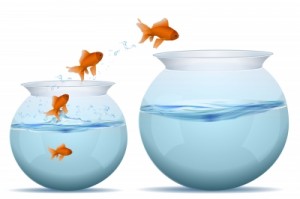 I’m sorry, but, once again, lava flows lend themselves to hyperbolic titles. And once again, there is a bit of truth in the hyperbole. For many people living either in the path or in the areas that are likely to be cut off, there are big plans to be made with children and family and animals and property and staying or evacuating. And then you also have to pick up milk. Because no matter what, you’ll still be there long enough to drink a carton of milk, right? You’ve got to have milk for your coffee. And you should probably check your mail at the post office. (Outside of Hilo, there is limited postal delivery to people’s homes in east Hawaii.) Welcome to a slow-motion natural disaster.

But what happens when they stop delivering mail to the Pahoa post office? Where will it go? And when does delivery stop? These are some of the questions an elderly woman was asking when I was at the post office earlier this week. They may have now, but at that time, the poor postal worker had no answers. I was trying not to eavesdrop (but not very hard), and there were so many surreal conversations around me. (According to someone’s friend who has had to move for lava twice, you can throw cinder over a lava flow once it cools and drive across it. I’m not sure how long after, but not as long as I would wait, although to play Devil’s Advocate I guess some people would consider never to be too long.) The elderly woman was asking some Big Picture questions too. Finally she said, because it’s what you’re supposed to say, “Well, I’m sure Civil Defense will let us know…” But she didn’t sound very convinced. A few moments later, she was telling the woman behind the counter, “You know, I’ve changed my mind. Can I see some more of those pretty stamps after all?” Because that’s the two worlds people are living in. 1) I guess Civil Defense will let us know when it’s time to go, and 2) if I’m out of stamps, I might as well get the pretty ones. 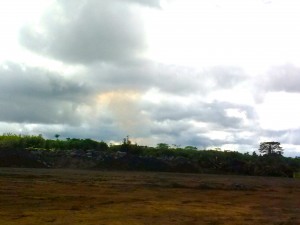 View from above Pahoa Community Center on Sept 15, 2014

I also stopped by the bank, and while I was there I went around the corner to the Community Center. They have a skate park there, and people were having a small birthday party in the parking lot when we went by over the weekend, but to me it’s always just been the place where we vote. Now most of the vehicles in the parking lot are from Civil Defense, and they have a mobile command center bus parked there as well. There’s a set of stairs that leads up the hill next to the skate park, and I walked up there to take a look. The area at the top had recently been cleared to install sports playing fields. (Or is it construct? What is the verb for creating a sports field?) Apparently the previous ones were always flooding and muddy. On Sunday, I had seen and heard the kids playing in the public pool below. When I went by during the week, afternoon clouds muddied the horizon, but I could just make out the yellow smoke signature in the middle.

This is what we know (or I think we know) as of the time I’m writing. The lava mostly passed by Kaohe Homesteads and continues toward the northern end of Pahoa. It speeds up and slows down day by day. It seems like when it slows, it spreads out. For example, the latest daily tally had the lava flow traveling forward only 50 yards, but spreading to a width of 150 yards. We just had our first brushfire this afternoon as the lava started to move into areas of “lighter vegetation,” but it seems to be under control and there are no “run for the hills” advisories. It’s been dry this week, so I’m hoping for rain. (Most of our grass is brown after just four or five days with no rain and blistering heat, probably because we have no soil.) The authorities are working hard to get alternate access roads ready for when the lava crosses Highway 130, with the goal of always having some access to lower Puna. One road (Railroad) that parallels 130 and travels through the makai (ocean side) subdivisions is scheduled to open within a week. They’re also working on the Beach Road through the same area, with the idea that once the lava reaches Railroad, people can still get out on Beach Road. Then I guess it’s a race to get Chain of Craters Road done before the lava reaches Beach Road and the ocean. Chain of Craters will take people in the other direction, to Hilo by way of Volcano Village. That means it would take people in The Zone (I am looking forward to seeing what dystopian name gets settled on the areas that are cut off) about an hour and a half to get to Hilo. Incidentally, what there is of Chain of Craters is a pretty crap road under the best of circumstances, so I wish them luck. 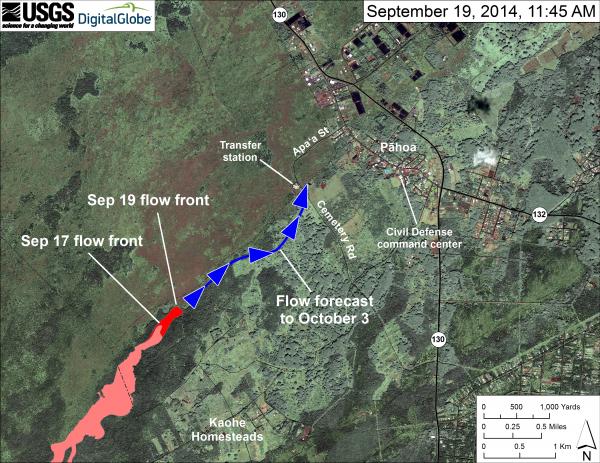 As I’ve noted before, we are not in the projected path, but we are close enough that we can see (and smell) the glow at night. Pretty creepy. On the other hand, my husband runs a nonprofit with an office in Pahoa that is mostly relocated and hopefully will finish up tomorrow. One of the remaining errands is relocating the fish. No, the nonprofit does not install aquaponics systems or farm tilapia. (They actually help Puna families with children, so they’re still assisting families affected by Hurricane Iselle, and will be helping people affected by all this craziness—big shout out to all the awesome people at Neighborhood Place of Puna!) The Pahoa office has a small fish pond near the door. We’ve joked about adopting the fish many times in the past few years, but it looks like the day has almost arrived. A former dog-washing tub will be their temporary home, and we stopped by our favorite plant store for some aquatic greenery, i.e. places for fishies to hide from the cat. (Unfortunately, Ninja has found his new favorite water bowl, and seems anxious to see it filled.) The one thing we forgot to pick up is a fish net. What do you think—my cast-off roller derby fishnet stockings (which has the advantage, as Mitch Hedberg would say, of being so damn literal), or a handled metal food strainer from our kitchen (which we will afterwards boil within an inch of its life)? This should be interesting…

[“Jumping Fishes” by digitalart from freedigitalphotos.net]