I felt we were due for another Magpie Moments today, my occasional series sharing bits of real life that I’ve hoarded, magpie-like, for use in my fiction. I have a few things in mind from the upcoming The Perils of Panacea, but it seems unfair to share something from a novel you haven’t read yet, especially when these little bits are often much more than background or window dressing. (The Panacea release is March of 2015; I’ll announce the date shortly.) But since this sort of falls in the background category, and is found in both novels…

I’d rather drive to the Panhandle on Monday by myself anyway. My brain needed the space, the room to wander that I only find while driving or showering. That’s when I have some of my best insights, and I could use some insight.

I experienced one of those emerging from a fugue moments (pretty common for me, since I do my best thinking in the car), not sure how long we’d been driving.

The Perils of Panacea 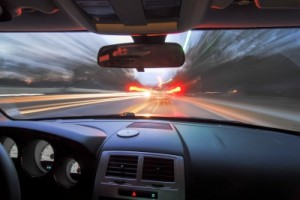 This is another of my characteristics I’ve given Sydney, and I’m sure it’s one a lot of you share as well. What is it about driving that engages our muscle memory and just enough of our brain to let the rest of it come untethered? In a good way, not in a that jerk just switched to the merge lane to pass a bunch of cars and if I didn’t love my car so much I’d be tempted to do some damage kind of way. Which brings to me to the recent musing (while driving, of course), that not all driving is created equal. Highway driving, with nothing more arduous than the occasional lane change, is the best for my thinking process. Sometimes I can maintain a thinking fugue I brought with me while bumper-to-bumper city driving, but I cannot enter one, which makes me wonder if thinking while driving is more of a rural thing. At the very least, the physical parts have to be ingrained enough to come naturally.

I was musing in the car only because I specifically made an effort to do so. Lately I’ve had scenes for the next Sydney novella bumping around in my head, but as of yet no plot to attach them to. Grr… I realized that part of the problem is that I’ve been too focused on making the most of my time. That includes only driving when I absolutely have to (the single road in and out of lower Puna has been under construction for the past six months), and listening to podcasts about writing, publishing, etc., when I do drive. So my brain never has a chance to get goofy and do cartwheels in the grass. (Side note: my brain is the only part of my that has ever been able to do cartwheels in the grass.) My efforts at efficiency have been squashing my creativity. For the past couple of days, I’ve started building in low-stimulation buffers while dog-walking or driving or whatever to let my mind roam like a feral pig on the fjords. (My brain is still feeling a little lost, as a feral pig would on the fjords.) I also indulged in a longish shower this morning. (“Longish” is an indulgence when you’re on catchment water and having a drought.) We’ll see how that goes.

Incidentally, at the risk of being a tease, in the Panacea quote, Sydney isn’t just thinking about curtains. The poopola has very much hit the spinning blades at that point. Mwah-ha-ha, happy author hand-rubbing…

[Car “Traveling At Speed Of Light” by digidreamgrafix from freedigitalphotos.net]