When my husband (always my first reader) reads something I’ve written, whether it’s a blog post or a novel, part of me doesn’t want to be in the same room. There’s a certain sense of self-consciousness, not just that what you’ve written might not be that good (after all, if it’s a draft you can always revise), but also that the reader will see something of you in there that you didn’t intend to share, something you didn’t even see yourself. But there’s another part of me that wants to sit right next to him, looking over his shoulder. If he laughs at something, it takes every ounce of self-restraint for me to not ask, “What are you laughing at?” In other words, what did I do right? If it’s a belly laugh, I’ll ask him anyway. 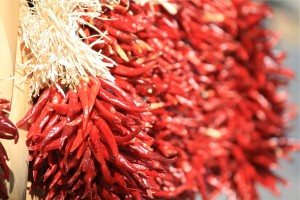 Hearing someone laugh at words you’ve written is like writer crack; it’s such an incredible high, you can’t wait to hear it again. That’s one reason a lot of my early edits (for this latest novella and the other books I’ve written) involve cutting funny bits. Overdoing the funny is like dousing your food in srirachi (a.k.a, The Rooster, and I’m looking at you here, husband). Occasionally, that intense heat hits just the right note, actually bringing out other flavors that would have gone unnoticed. But if you’re just dumping chili sauce everywhere, chances are good that you’re either missing out on tasting anything else, or trying to cover up that there was never any flavor to begin with. Perhaps you’ve had that experience as a reader, too, where you’ve really enjoyed the banter in a novel’s first few chapters, but by Chapter Five or so, it starts to wear on you. Alternatively, you remain enchanted by a character’s wit, but when he or she isn’t speaking, you realize the story itself does nothing for you, or that the plot has holes you could drive a semi through.

If food metaphors aren’t your thing, how about the oft-repeated piece of writing advice: “Kill your darlings,” those bits of prose that remain in your manuscript simply because they’re precious to you. (By the way, Faulkner probably was not the first to say this.) That means different things for different people, but I find that my darlings often wear Puckish grins. It’s far less painful for me to cut a lyrical section describing setting than it is to cut a section with exemplary wit. 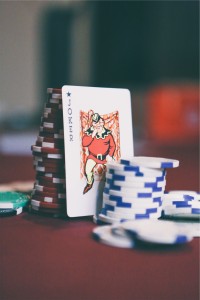 My developmental editor for Panacea pointed out that chasing the humor high (you like that?) is a particularly egregious writing sin when you’re trying to crank up the tension. It’s hard enough to get readers to believe your protagonist is in jeopardy when you write in first person–I lifted my spoon, I valiantly fought the hand that reached for my Ben & Jerry’s, and I ate it all. (That’s one reason most thrillers aren’t in first person.) With first person narratives, it takes hard work and a damn big pillow to smother the logical voice in the back of the reader’s mind that keeps piping up, It’s okay; if the heroine is able to tell us the story, she has to come out of it alive. Every wisecrack risks lifting that smothering pillow, and yet, any self-respecting, fictional PI has to engage in gallows humor. (It’s in the handbook, along with owning a fedora.) What’s an author to do? Slice and dice the rough draft, sigh mournfully, and keep a big file of orphan zingers, in the hope that you’ll find them a good home. Someday…

[Dried chili peppers by Heijo Reinl and Joker by Matthew Smith from stocksnap.io]