I’ve noticed an interesting inconsistency. I don’t often read historical fiction, but according to my Stories I Love track record, I love to watch it. 😂 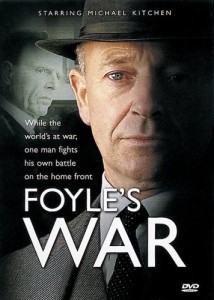 Adding to that long list of lusciously layered stories is the ITV mystery drama—Foyle’s War. (Once again, thank you Acorn Media.)

Foyle’s War takes place in coastal Hastings, Sussex, England during World War II. DCS Christopher Foyle served in World War I (there are episodes that give hints of his experiences during that time), but he’s been told that he is of most use to this war effort maintaining law and order on the home front. He’s ably assisted by a female driver and an officer who was injured in the fighting at Trondheim.

Each episode brings to light a different historical aspect of the war experience. What was it like for the fighter pilots? (Foyle’s son flies a Spitfire.) The refugees? The prisoners of war?

I was recently watching one of the later seasons that explored the lives of women working in munitions factories, scientists who developed biological and other new weapons, the effects of shortages of food and alcohol, the role of Spain, the place of English pacifists, and the conflict between arriving Americans and the local citizens (many of whom thought the Americans took their time getting there).

During my Season 5 binge, I was stymied when I took a step back and tried to analyze the narrative structure. This may be less true in the earlier seasons, but I often found myself not caring who did what to whom, and yet totally engrossed in the story.

Honeysuckle Weeks is charming (how could she not be with a name like that?) as Samantha Stewart, a young woman almost dwarfed by her Mechanised Transport Corps uniform and game to try anything to help Foyle or the war effort. Anthony Howell’s Detective Sergeant Paul Milner is a perceptive, good-hearted man who, with Foyle’s encouragement, gradually moves past his war experiences (and the loss of a limb) to find a new life. And, of course, there are other interesting characters that pop in for an episode or a season. But there’s a reason the show is called Foyle’s War. 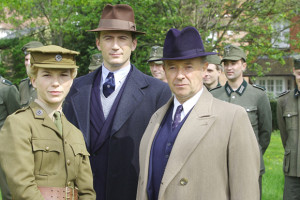 Foyle is a man of principle, and a man whose principles are tested as the show progresses. His murder investigations increasingly take a back seat to whatever the War Office sees as a greater good. The men at the top are constantly grappling with (or pretending to grapple and just paying lip service to) the question of where a civilized society draws the line in fighting someone like Hitler. For Foyle, there is no question: people should be held accountable for their actions during wartime as during peace. Otherwise, what are they fighting for?

Of course, like any good investigator, Foyle is intelligent, but not in a Hercule Poirot, let-me-explain-the murder-to-your-inferior-intellect kind of way. (Incidentally, I also love David Suchet’s Poirot.)

Foyle makes the logical leaps and political and character analysis necessary to grasp the situation, but rarely articulates his thought process. Michael Kitchen’s portrayal of Foyle is absolutely mesmerizing. His words are so few, you know anything he says will be important and you lean in, waiting, wondering what will come out of his mouth. Even in personal rather than investigative situations, it’s rarely what you expect. 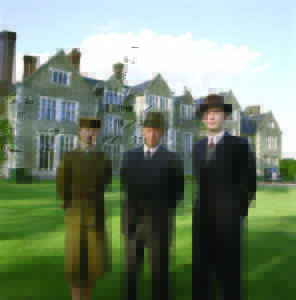 Foyle’s War began in 2002, and the first six intermittently filmed series (a measly 3 or 4 episodes each) covered World War II, while Series 7 and 8 (which I’ve not yet seen) are set post-war. The first series has a 4.8 star rating on Amazon with nearly a thousand reviews, so if you don’t take my word for it, trust the hive mind. (I do find the series and set structure a little confusing, so look carefully when you’re choosing your weekend’s entertainment.)

Unfortunately, the final episode of the show aired just a few days ago in the UK, with various viewing options (including DVD in April of 2015) available for the Yanks. Fear not; I suspect by the time you make your way to the end, you’ll be ready to start over again at the beginning.

I’ll leave you with a video gem I stumbled across on The Internets.

Foyle’s War has a haunting theme, featuring strings and—is it a solo oboe? Whatever the instrumentation for the original, here is Michael Kitchen rocking his interpretation on an electric guitar. Wow.