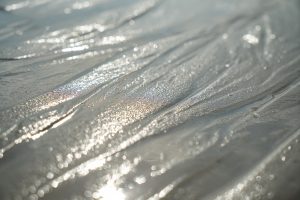 I could really use a business manager. A bunch of other things too (a masseuse, a chef, a self-cleaning dog bed or three, etc.), but lately a business manager is near the top of list. Well, maybe not a business manager per se, just a businessey-type person who—unlike my husband—doesn’t have another job. Admin type things keep catching up with me and piling on, burying me like wet sand. For example, I have a writers conference coming up in less than a month. In theory, I’m excited about it, but I haven’t had time to devote single neuron to preparing. I haven’t even booked my travel. Meanwhile, I’m deep into drafting the third Dead Hollow book, and—shh, don’t tell anybody, but—I really don’t want to do anything else.

So cue my realization, Oh, this is a blog week. Hmmm… I think it might be time for the old Friday Five list. I’ve used this format previously to share research tidbits and random, mostly true facts about my writing process. This time, we’re going a little more loosey-goosey, grab-bag with items from the past seven days in my Writer and Story World. 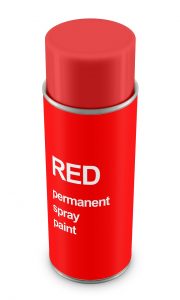 1) Mystery writers often joke about the trouble our browser histories could cause out of context. Well, mine has been downright gory lately, but I can’t share any details without Dead Hollow spoilers. However, I can share a difference of interpretation I’ve had with Dragon Dictate, so long as you don’t jump to any conclusions. This week, the words “red splatter” sent Dragon into a speechifying tizzy. (What’d I say about not jumping to conclusions? It could be paint. Or sriracha sauce.) I didn’t even know Dragon could speak, until it insisted upon reading aloud any word that followed “red.” It was like unknowingly activating the most disappointing (and persistent) sleeper agent ever.

2) While I’m telling Dragon stories (I’ve been playing with it again to give my kinked muscles a break), here’s a far less traumatizing one. The word “pirouetting” became “pure wedding” (the worst Billy Idol song ever) in the midst of my exciting story. Even better, while dictating this post, Dragon offered “peer wetting” and “hero wetting” before I finally gave up and spelled the word manually. After I’d finished cackling.

3) Now for a terminology nugget that all mystery and thriller fans should know. When your laptop is three hours into an update it said would take twelve minutes, you don’t want to “choke” it, you want to “strangle” it. (Like how I did that non-personified example?) Choking happens when something is stuck in your airway, like the fifth Hershey’s Kiss you didn’t want to admit to eating. Strangling is when something squeezes your neck from the outside, like your roommate strangling you because you ate the last Hershey’s kiss. (Schnooblitt—and I was doing so well with the non-personification!)

4) I feel a little self-conscious sharing this one, but I’ll suck it up. A recent review for The Perils of Panacea may be my favorite ever, so thank you, Constance, whoever and wherever you are! She notes “Lots of one liners reminiscent of Spenser and Jesse Stone.” The subject line, Pint size Robert B Parker, made me downright giddy. That phrase would be the best tattoo ever. (No, dear mother-in-law, I have not acquired the ink. Yet.) 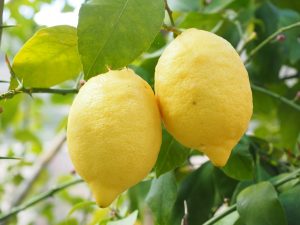 5) Wrapping up, this falls under the heading of “Hawaii Life,” and maybe metaphors. We have a scrawny, emaciated Meyer lemon tree that fruited for the first time this year, giving us four big, beautiful lemons. The problem… what do we do with lemons that doesn’t involve tequila? (Which might result in that snazzy tattoo.) We left the fruit on the tree as long as we could (its spindly branches were nearly touching the ground), then stared at them in our fruit bowl for another week. Finally, my wonderful, well-intentioned husband decided to make lemonade. A tip for your weekend: If life hands you Meyer lemons, don’t forget to look up how to make lemonade. The beverage may be only lemons, water, and sugar, but we’ve learned that the proportions are pretty important. 😛 Excuse me while I hunt down that tequila.