Last blog post, I confessed that I have no future in professional landscaping. Well, I have a confession of a different sort today. 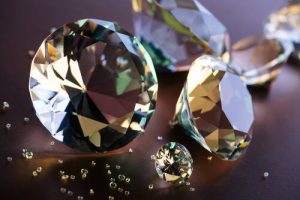 I know — all writers with blogs know — that our readers don’t care how we write. Much like a gemstone or a perfect meal, you/we (because writers are also readers) don’t want to hear about the millions of years of pressure, the raw ingredients (especially if they’re eggs), or the hours of staring at the screen.

We just want the dazzling results on our finger, our plate, or our #TBR (To Be Read list).

And yet, blog posts about writing keep sneaking through, in the guise of story updates or sharing research or funny anecdotes. Wily buggers, aren’t they? Maybe. But I have another theory, which I’ll share at the end of this post.

First, if you read this month’s newsletter, you’ll know that I’m on the downhill side of done with the Sydney #7 rough draft (over 80K words now) and it’s a door stopper. It might require heavy edits, too. See, I’ve gone and made things complicated. (Big shocker to anyone who knows me.) But I didn’t mean to. I never mean to.

It’s all because I haven’t figured out how to bend space and time yet.

In Heir, the final book of my Dead Hollow trilogy, the issue was how to get several different characters who were enmeshed in their own storylines to meet up in the same place and time, in a way that made both narrative and real-world sense.

With Sydney #7, I’m facing a timeline issue of a different sort. The problem is our legal system. Don’t worry — I haven’t had my evening coffee yet (aka, my talking coffee), so this isn’t a political rant. Simply put, I’m trying to weave strands together again, but the legal system won’t move fast enough for them to join. 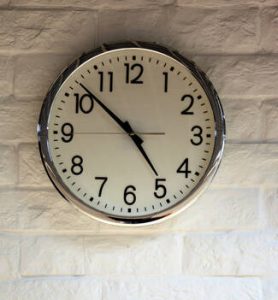 I recently watched an episode of a police procedural that began with the suspect’s trial and used the testimony and flashbacks to fill in details about the investigation.

I should note that this show takes a lot of criminal justice liberties that I’m willing to ignore so I can relax and enjoy my lunch. However, one that really bugged me in this episode is they went to trial for first-degree murder almost immediately after arresting the suspect.

Because obviously the courts had nothing else to do.

Yes, I am writing fiction, so yes, I will be taking my own liberties with our legal system (civil and criminal).

But I can only take so many liberties before stepping away from the computer, throwing up my hands, and shouting, Well, let’s just throw in a spaceship while we’re at it! Or how about werewolves?

Actually, time travel would be my best bet. 🤔 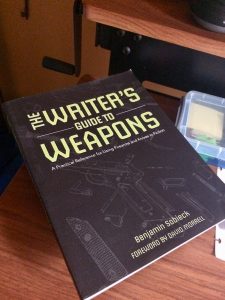 But I’m trying not to get too hung up on the issue (see above re the magic of edits) and focusing on the scene in front of me instead.

As for the scene in front of me lately, you know it’s going to be a fun writing day when I have to pull out this reference. Hot diggity! I am a mad Googler for research ahead of time, belong to some specialist Facebook groups, and have several other references on e-book, but I feel better having this one to hand while putting words to paper.

So I wrote the scene that required this lovely reference, but before continuing to the next one, life intervened and I had to do a Target run. (Although thin on several things, honestly my priority was milk. You cannot drink French Market toddy without moo milk; I’ve tried, and everything else curdles.)

For me, driving is second only to showering when it comes to shaking loose creative burrs and running into a grassy field, doing that whole Sound of Music thing with your grand epiphanies.

Today’s behind-the-wheel realization: while the scene I wrote was nice enough, it would be so much better if I took it up a notch. Or seven. And I have exactly the notch-hikers in mind. Mwah-ha-hah!

I can’t wait to tweak the scene. Of course, that means I need to change an earlier scene, too. But it’ll be worth it! Oh, and the new scene can’t happen when it appears now. In fact, the changes I need to make will complicate my timeline even more… 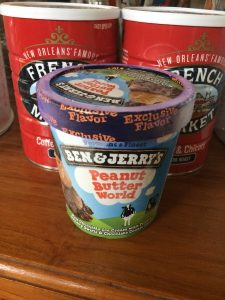 Hmmm, maybe I need to make another Target run.

You thought I forgot about my why writers do blog posts about writing theory, didn’t you? You’re so patient.

Okay, here it is: writers write blog posts about writing because you, dear readers, are secretly our therapists. We tell you what we’re doing — or just as importantly, what we’re not doing — and you help us get clarity.

See, cheapest therapy ever! Thank you for that.

By the way, in case you were wondering and don’t have a blog of your own, here is the second cheapest form of therapy. Picked up on my Target run, of course.