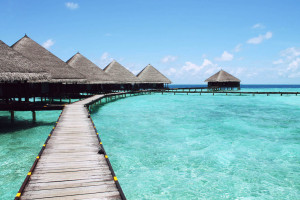 The film version of The Descendants opens with this great monologue where the main character discusses the image people from the mainland have of people living in Hawaii, that it’s Paradise and everything is Mai Tais and surfing and easy living all the time. “Are they nuts?” he says. “How can they possibly think our families are less screwed up, our heart attacks and cancers less fatal, our grief less devastating? Hell, I haven’t been on a surfboard in fifteen years.”

I’ve been thinking about that a lot lately. Don’t get me wrong–I’m not complaining about where I live. It’s more that I’ve been struck by how little any of us know about the daily lives of people in other places, about what it means to live anywhere. In part, it’s been in my mind because some close friends are facing big life decisions that may result in them leaving the Big Island. My husband and I have been reflecting on our own experiences living in different places, on the things that will surprise them, things we take for granted as normal here. (It also didn’t hurt that I recently read Jo Nesbo’s Midnight Sun; talk about a different world, try reading about isolated Finnmark in the far northeast of Norway.)

This mulling has inspired me to start a sporadic series I’m calling The Writer’s Environs. The idea is to share little snippets of daily life, not from Hawaii generally, but from my specific lower Puna neighborhood of east Hawaii Island. For the first installment, I’m answering the question: If someone were to tell a joke about where you live, what would cross the road?

There are a few likely contenders in my neighborhood. Occasionally mongooses cross the road, although we don’t have as many of those as you see in other parts of the island. We do have various domestic animals, especially fowl, that go on walk-about. Yes, chickens often cross the road (why? to make our dogs’ heads explode), but so do guinea hens. Also in the domestic animals category, there are goats (OMG, how cute are baby goats?) and a few horses, maybe some sheep but I’ve never seen them get out. And then there are the formerly domestic creatures… feral pigs.

There is a season to the feral pigs, and we’re in it. The dogs bark during the day as the pigs wander the perimeter of our property (or within the perimeter–some of them aren’t very shy) and we test the strength of the dogs’ collars when we walk them up the driveway and run into a drift (that’s a bunch of young pigs) in late afternoon. Then we hear squeals and shrieks across the lava at night. The boars and sows can be pretty scary–waist-high or so–and they can definitely do some damage. But the piglets are doggone cute. (Incidentally, that’s why our dogs have to be inside or fenced; loose they will be dog-gone, chasing pigs for miles and hours, as we discovered to our dismay.) Right now they’re old enough that their parents have abandoned them, but they’re still definitely piglets–not adults, almost teenagers.

I often hear and see and even smell pigs, but it’s hard to get pictures of them since they usually show up when I don’t have a camera. Following is a little gallery of feral pig crossings (the road, our driveway, our property…) The first two were taken out the window with my phone, and the last three this week from our house. (It’s been a very distracting week.) So, what crosses the road where you live? 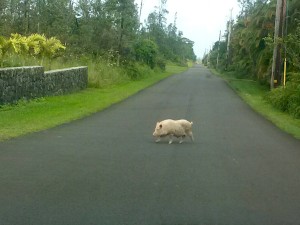 Crossing one of the few paved roads in our subdivision 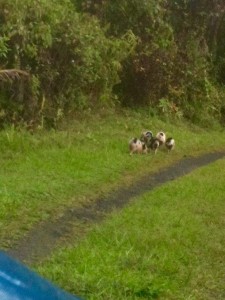 Itty bitty piglets in the driveway on the way home 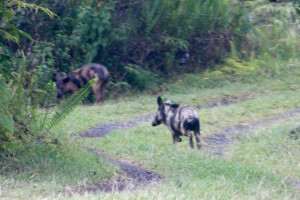 So close, but dog barking finally scared them away 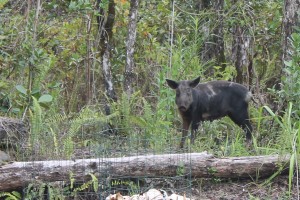 Is that compost I smell?