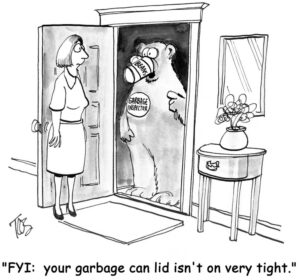 Hey, stranger—remember me? There’s a reason I’ve been incommunicado. And it’s not just to give you a Jimmy Buffett earworm.

The title kinda says it all, doesn’t it?

Yes, I’m sleeping like a mostly dead person (time to watch The Princess Bride again?) when I get around to sleeping.

And yes, a few nights ago a feral pig and her ridiculously cute piglet woke my husband—but not me—rooting around in our trash like a slightly shorter, more casually dressed Yogi Bear with Boo-Boo in tow.

Last night, they were snore-chuffing under our house almost directly under our bed. After one half-hearted attempt at eviction, I let them. How did I/we get to this point of exhaustion?

The first factor: winter is here. (For the record, my husband and I crapped out on that show in Season 3, and we should have stopped after Season 1. Ah, Beanie…)

Winter in Hawaii doesn’t mean snow—except on the summits, which can also get snow in summer—it means rain. So it’s been wet and mucky in East Hawaii. Anyone who’s set foot (or duck boot) in windward Hawaii Island will know that’s not exactly a news flash. What is unusual is the heavy cloud blanket that’s hung over us ominously, from horizon to horizon, like an alien curse from a Stephen King novel. This week was better, but it followed on the heels of a couple of exceptionally shadowy weeks. 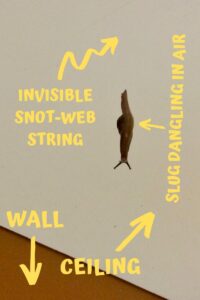 The four-legged, non-porcine creatures tracked in mud and cinder, and these semislugs—which happen to be intermediate hosts for nematodes that cause rat lungworm disease—popped up everywhere. This one is hanging inches from our ceiling, I believe suspended on a mucus string like a snail superhero.

But the dense cloud cover has implications far beyond our mental health and the state of our house hygiene. I’ve mentioned this before, but since it doesn’t affect your life on a daily basis you may have forgotten: we live off the grid.

Oh… I see you nodding slowly.

I’ll be more precise, since not everyone has the same understanding of what “off the grid” means. In our case, it means no utility poles bring electricity to our house. We are powered entirely by solar panels atop our roof, which charge a battery bank beneath our house. We’re also on catchment water, with a currently overflowing tank. So no sun means no power.

We usually get plenty of charge, even on rainy days. Even during blocks of rainy days. However…

(I’m whispering this part so IT doesn’t hear me.)

It seems our refrigerator is on its last legs.

So we’ve been thinking for the past year, but you don’t just buy a new refrigerator because maybe the old one is on its last legs. You buy a new one because the old one is completely dead, and ours isn’t yet. But it is sucking up way more power than it should be, when we have little power to spare.

Again, this usually wouldn’t be a problem. That’s what our generator is for—to be our oh-shit, back-up system and top up the batteries from time-to-time. Except, the fridge might be hanging on, but guess what it is dead…

We spent one desperate, rainy night changing its oil by flashlight under cover of our carport. No luck. The Honda dealer has since informed us the starter needs to be replaced. For a start. (Ha-hah.) The ransom it’ll take to get it back is too terrifying for non-horror fiction, or this blog post.

So for a couple of weeks, at night our lovely, newish battery bank dropped to previously unwitnessed levels. I didn’t turn on or charge anything unnecessary during the day, and doubly so at night. And the category “unnecessary” became broader with each gnarly day.

Quick, Slight Digression: Chirp is great, my husband and I realized while listening to an already downloaded audiobook in a dim living room by the light of a single lamp. If you haven’t had a chance to check out BookBub’s new audiobook offering, I highly recommend it. Also (which we already knew), narrator Barbara Rosenblatt rocks.

I won’t bore you with tales of our pre-industrial type woes, but I will say that since I work on a desktop and need internet, The Abiding Darkness interfered significantly with my ability to power through the endless lists associated with launching Grave Truth.

Plus we never got our service call, so the internet continues to fritz. Then there are the usual dog issues (no power means no washing stinky dog towels and bedding), and cat issues (have you ever seen a rat organ matted in a cat’s back fur?), and I’ve barely touched on the pigs. Not to mention the mosquitos, the baby rats, and the giant moths—

But wait, you interject, you’re finally launching Grave Truth? Why yes, I admit, stirring from my exhaustion spiral, yes I am. I won’t bore you with all of the complications that accompany releasing a doorstopper this close to the holidays, so long as you remind me to never do it again. Deal? In that case, if you haven’t already noticed <drum roll>…

The next Sydney Brennan novel, Grave Truth, will be available on all retailers on Friday, December 27, 2019!

You can find out more about it and read a Preview here. And you can purchase it at half price while it’s on Pre-Order. If the holidays have melted your brain’s math function (I feel your pain), that means Grave Truth is $2.99 if you pick it up before December 27, 2019, or $5.99 beginning next Friday. 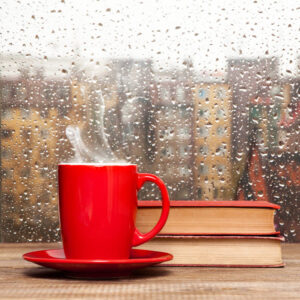 In fact, as my holiday gift to you (I lightly celebrate Christmas, but pick whichever tradition strikes your fancy), all of the Sydney Brennan books are half price this weekend so you can catch up with any adventures you may have missed!

The sale should be on all retailers in all countries. Disclaimer: I hope. Because it is the holidays, I can’t make any guarantees, but I’ve done everything I can on my end. (This is where I resolve again not to bore you with the many hours and days of complications.)

Not sure which ones you’ve read? You can check out all the Sydney Brennan books here, or see the Reading Order (and the old covers, for comparison) here.

So go forth, top up your ereaders, and be merry! Because tomorrow we… hopefully don’t have to go to work and can sit in our jammies all weekend curled up with books and beverages. Huzzah! 😉