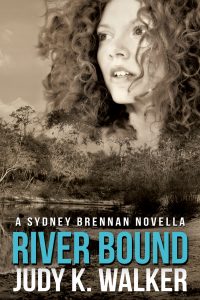 The latest Sydney Brennan, River Bound, is well on its way to hitting your hands and ereaders before Christmas. The manuscript is in its third and final copy edit pass, with my editor and I currently engaged in a profanity hyphenation debate (smart-ass or smartass, with both of us arguing both sides). And I haven’t forgotten you Luddites (I say that lovingly, having spent last weekend moving heavily laden bookshelves)—the paperback cover is on order.

I mentioned before that I’m not setting a solid release date. This time of year, there’s a bit of spinning-the-wheel quality to when non-Preorder books go live on different platforms, but I’ll be sure to announce here and on social media when River Bound is available.

If you missed it, you can read more about the novella in my previous Blog Post (Turkey Nap). And if you’re really antsy-pantsy, you can read a mostly edited Preview with the first chapter here. 🙂

I thought I’d share some other exciting news (which won’t be news to my Reader Group folks—that’s another not-subtle plug to sign up). Drum roll, please…

My first audiobook is currently in production.

Woo hoo! Longtime readers will know I’ve been wanting to do audiobooks for a long time (Audiobook Rabbithole). I’m starting with the Dead Hollow series rather than Sydney Brennan mostly because, in indie-author-speak, the Sydney Brennan Mysteries need to be optimized first. That means, when I began publishing Sydney, I had no idea what I was doing. (I still don’t, but I know enough to know how much I don’t know.) There are some admin-type things I’ll need to seriously consider and possibly redo before Sydney goes into audio production. So I’m cutting my teeth on Dead Hollow instead, and I’m so excited! 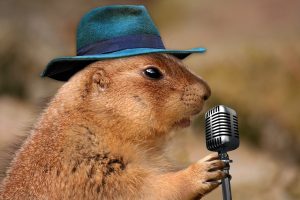 For Sydney’s books—told completely in her voice—I anticipate using a female narrator (fedora optional). But in Dead Hollow, the main character and most of the point of view characters are men. I did consider a few women (I desperately wanted to hear my favorite do a Sydney passage—focus!), but after a couple of rounds of searches and a few auditions, I ultimately chose a male narrator. I love his voice—it especially resonated for me in the main character Adam’s sections—and he has a great range for dialogue. That said, unsurprisingly, he did not grow up in the Appalachians.

My preference in listening to an audiobook is that it gives you a flavor of the place, without attempting to slavishly replicate it. How many times have you hit rewind or looked at your partner, consulting the spousal hive mind to translate accented or mumbly dialogue on TV? Exactly, and you don’t need to be doing that (or asking Siri to do it for you) at 70 mph weaving through traffic on your way to work. Instead, we’re aiming to keep a hint of the South throughout, and being vigilant for weird word pronunciations that are inconsistent or pull a listener out the story.

For example, this isn’t a regional thing, but one of the point of view characters has a daughter named Evie. Although short for Evelyn, in my head, it was always Ee-vie. My brain came to complete stop when I heard the narrator pronounce it Eh-vie. (I couldn’t have heard anything for a good five seconds, from winning lottery numbers to the latest nuke siren tests.) And yet, it was a perfectly reasonable pronunciation. 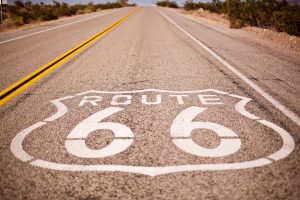 That’s why I recently reread Prodigal and Founder, not just as prep for writing Book Three, but also looking for those word mines. They are sneaky buggers.

I was listening to the narrator’s most excellent performance of the first few chapters on the way to Hilo yesterday and got snagged by the word route. Hmm… pronounced route like pout or route like toot? My New Orleans husband’s instant reply—rowt (like pout)! Said with a hint of what-else-could-it-be disdain.

My inclination (confirmed after a quick text to my mom) was that where I grew up rowt was dominant, but root was also heard from time to time. Of course, since I can’t ever stop there (and you wonder why I haven’t written more books), I also found a dialect survey by Harvard that included this very issue, as well as 120 other gems like aunt (with an ah or as ant), pecan, and What do you call the area of grass between the sidewalk and the road (berm, verge, etc.). No, I did not read the whole thing.

But yes, someday, when you’re not looking over my shoulder, you better believe I will. 😉