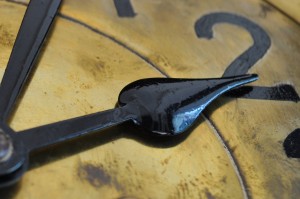 You know those 10-minute limbos? The lulls when you’ve got something else scheduled soon so you don’t really have enough time to start a real project?

Those times are dangerous.

During a recent one I thought, eh, I’ll just check out ACX.

ACX is an Amazon platform that distributes audiobooks, primarily through Amazon and Audible, but also through iTunes. Checking out audiobooks is one of the things on my list for this year. I love the idea of people listening to Sydney’s adventures on their commutes or while ironing or torturing themselves at the gym. (Maybe because I do none of those things, with the occasional exception of traffic odysseys.)

I had specifically vowed not to think about audio yet, not until I have a couple more things under control. And yet … damn lulls. I skimmed through some of ACX’s material and found that I could “claim” my book without really starting the solicitation process. (Great, now I’m a spoken word prostitute.) I started with Back to Lazarus. Search … yep, there it is. A click here and there and I’d fallen down a rabbit hole, but at least it was an interesting one. 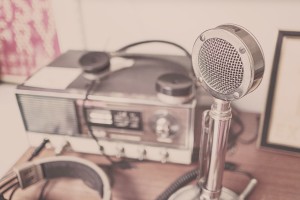 As an author, I can basically advertise that I’m looking for narrators. They’re called producers because they do much more than just narrate the piece; they do all of the editing and other technical stuff as well.

In theory, an author can pay the producer outright, or she can offer a 50-50 royalty split (which amounts to 20% of the royalties each, because the author only gets 40% to begin with). I say in theory because a producer who agrees to a royalty split with an unknown author is taking a chance on not getting paid for a significant amount of work. (ACX estimates 6.2 hours of producer work for every 1 finished hour of audio.)

But I’m getting ahead of myself. The fun part is—if you’re lucky—narrators audition for your title. Auditions!! How cool is that? But in order to get to auditions part, you have to fill in a bunch of title information and basically narrow the field.

Obviously a narrator for Back to Lazarus would be reading the voices of a pile of people of various backgrounds, but the primary voice would be Sydney’s. You describe your ideal narrator’s voice by choosing: Gender (Female), Language (English), Voice Age (Adult), Accent (I’d say General American rather than Southern, considering her background), and my favorite—Vocal Style. Vocal Styles includes: Announcer, Articulate, Authoritative, Booming, Brooding, Child-like, Comedic/great comic timing, Cowboy, Deadpan and 53 other choices!

Personally, I find 62 vocal styles to choose from a little overwhelming.

Okay, so we can probably skip Cowboy, as well as Ingenue Voice and Velvety. She’s not Perky or Professorial or Refined or Spooky. Snarky seems to go a little too far to me. But that still leaves a lot on the table, and no single Voice Style sounded exactly right to me. I’m not even sure what some of them mean—does Versatile mean the narrator has a good range, or the protagonist does? Does Rough/Edgy refer to the quality of the voice, or mean she wears white after Labor Day while riding her Harley?

I honestly don’t have the sales foundation yet to tempt a royalty-splitter, nor do I have the budget to pay for a producer outright. But it doesn’t hurt to be ready.

This seemed like a good time to check in with my readers: what do you think Sydney’s voice should sound like? If you had to choose one voice descriptor from the following list, which one would it be? Feel free to leave other Voice Style suggestions in the comments. I’ll do a follow-up post to let you know the results. The poll closes April 15th. (Try not to let frustration with tax filings influence your vocal judgment.)

[Time clock face by Skitter Photo and Microphone by Ryan McGuire from Stocksnap.io]