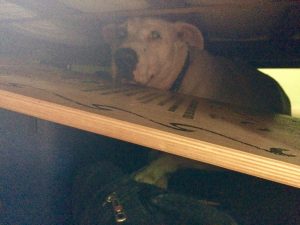 Today, I could subject you to one of my Life in Hawaii posts, venting about several days of severe thunderstorms. But since I’ve committed to sharing something you might actually be interested in this week, the Cliff Notes: A tree fell across our driveway while my husband was picking up post-surgery Fritz, a confused Travis pooped in the house again, Fred hovered and vibrated a lot, and the humans had little to no internet. (The latter was the worst.) And I’ll leave you with a blurry image of Fred hiding under the bed. This was on Tstorm Day Three. Yes, he was medicated, and more mellow than he would be on Day Four (also medicated), but he still wanted to be as squished as possible.

Now for the big news. May 15th is the official release date for Prodigal, my first audiobook ever! How stoked am I? Stoked enough to use a word I would never use in casual conversation. (I promise.) It’ll be widely available, from Audible and iTunes to Nook and Google Play and a couple dozen places in between. I’ll share more details as the date grows near.

I’ve learned so much from this process, but for now I’ll stick with the two most important lessons. First—and this may sound like a no-brainer—an audiobook really is a different book. Before, I understood that in a businessey, “this is a another income stream way,” and also vaguely in an artistic way. But I mean, this audiobook is a whole different animal from the written version. My narrator’s performance has created an entirely new world. 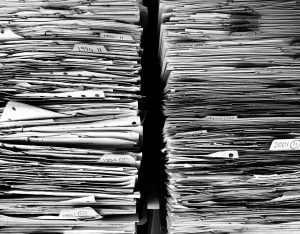 At the outset, in addition to the manuscript, I gave Alex a document <ahem> a few thousand words long containing a rundown of the major characters. It included information about them that appears in later books or may never appear at all. He used that to give each character a unique voice.

We worked together on voices—one in particular took a while to click, and he went back and re-recorded finished dialogue after it did—but the core always came from Alex. One character that I absolutely love is his interpretation of Deputy Luther Beck. I’m going to let you in on a little secret… Luther in the audiobook doesn’t sound at all like I imagined him in my head. And yet he’s perfect. (I should warn you, I get downright giddy listening to Harlan Miller arrive on the scene.)

Which brings me my best attempt to articulate my second lesson learned. I have been a reader all of my life. I’ve only been writing and publishing books for a few years, but I’ve been a writer of some sort for almost as long as I’ve been reading. Despite [mumble, mumble] decades of experience reading and writing, I didn’t really understand how individual a reading experience is until listening to my own story performed as an audiobook. 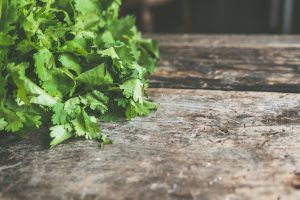 It’s a little like eating food. (Yes, Sydney gets it from me—everything is a little like eating food.) Let’s say Person A enjoys Vietnamese food and Person B doesn’t. (For the record, I don’t care to know anyone who doesn’t like Vietnamese coffee.) It’s one thing to say A and B have different food preferences. But what if Vietnamese food literally tastes different for them? For example, cilantro is a common component in Vietnamese cooking. It has a metallic or soapy flavor for some people, in part because of their genes. I hate cilantro—it falls in the stink bug flavor/smell camp for me—but I tolerate it in Ba Le’s yummy sandwiches (if you’re ever in Kailua-Kona). It’s mitigated by the French roll and daikon pickle and spicy lemongrass tofu… hungry yet? 😉 But I do wonder sometimes how amazing that sandwich must taste to someone who actually likes cilantro.

How does this relate to reading? During the audiobook production, I reviewed chapter recordings periodically in chunks, and then as a whole book a couple of weeks ago when it was finished. Not only was I able to lose myself in a book I wrote (unusual in itself), but listening to Alex read Prodigal was the closest I’ve ever come to sharing someone else’s reading experience. Hearing his Luther—not mine—was like tasting his cilantro. And I have to say, it was pretty magical.

Before I get too airy-fairy, I need to tell you I’m targeting the release of the final installment in the Dead Hollow trilogy (ebook and paperback) for a month or so after Prodigal’s audiobook release. Fingers crossed because finishing the rough draft has been a little—what’s the word? Rough, with all the distractions. Cue my very important question for you. 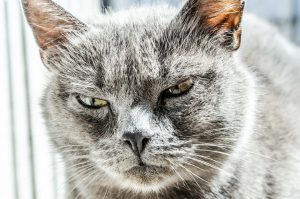 As I told my newsletter folks over the weekend, I’ve opened a lot of boxes in the first two Dead Hollow books (Prodigal and Founder), and closing every one of them would make for a very long, probably boring book. So, what questions do you want answered about the DH world? What, gone unanswered, will cause you to throw your ereader, make the mean kitty face, or require a substantial donation to your kids’ swear jar? Drop me an email (Contact form below) or comment or message me on Facebook. (If you use Facebook, please be careful of leaving spoilers in public places for the unwary.)

Let me be clear, I promise I will not leave anyone’s fate in doubt, and no big questions will go unanswered. However, much the way we don’t know everything about Sydney Brennan’s background or the other characters in her world (I’ll bet Glenn’s adventures could keep us busy for a while), I feel it’s appropriate to leave a little mystery in the Dead Hollow world. Of course, Sydney Brennan is an ongoing series, and Dead Hollow is just a trilogy… right?

Okay, you’ve twisted my arm. I admit it. There’s no way I can walk away from that world forever. It may be a while, but I will eventually return to Dead Hollow, too. 😉 But can you wait that long to have your questions answered?