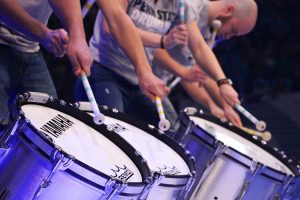 I may need an intervention.

Remember how I mentioned going to a writers’ conference a couple of weeks ago? Ever since, I’ve had this slightly manic energy humming through my veins. Sleeping light, brain whizzing, tapping my fingers on whatever is handy when the remainder of my body is at rest. (I know, rude, but it’s only in my own home, and at least I have basic rhythm. Though The Infanta by The Decemberists does sometimes hang me up.)

This energy has persisted despite unrelenting snotty weather, days so cool I’ve sat at my keyboard with my hood up like the UnaWriter. (Note I did not use the word “cold” lest I offend the people with real winter.) And it’s been so rainy and wet our dogs have had limited walks, causing issues with their… let’s say their schedules. Travis, our special dog, has made multiple panicked runs for the front door when he suddenly realizes what has come upon him. (I’ve learned my lesson; that door stays open from sunrise to sunset.) Once he actually dropped anchor in the middle of our living room—first time ever inside—and twice he only made it as far as the pavers outside the front door. Like I said, special. 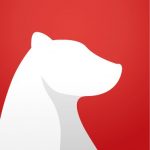 Fortunately, on one of my flights back from Austin (yes, now I’m back on the conference and my energy—try to keep up), I spent hours reviewing pages and pages of notes and created a monster To Do list. (I challenge you to find a cuter app icon than Bear.) I’m no stranger to Lists, and I love the temporary feeling of accomplishment, but my native pantsing approach to writing fiction seems to be my approach to life in general. That’s why this is such a shocker: I’ve actually been doing things on the list. I know—crazy, huh? I’ve also been scheduling my time, giving items specific time slots on my calendar. I’ve had mixed results with the scheduling, and the list still looks pretty horrendous (I keep adding more items than I scratch off), but it has been helping me focus that energy while I still have it.

Most of my To Dos fly under your radar. (Monday was Tax Day; never has so much time and energy been spent accounting for so little income. 😛 ) But I’ll be rolling out a few projects for y’all to see over the next couple of months. Speaking of which, does the website look a little different today? Yeah, about that…

Last year I bought a new theme for my website, got freaked out when I tried to install it, yada-yada-yada. (Seinfeld fans, the glossing did not include sex or a dead fiancé.) So installing a new web theme landed on the new To Do list. The site looks pretty basic now, but I believe all of the substance is still there, waiting for me to finish some behind the scenes bits that, when implemented, will make it Superstar! (Sorry about all the random 90s pop culture references; did I mention slightly manic?) In the meantime, please drop me a line if you notice anything that’s worse than ugly, i.e. missing or nonfunctional.

Other things I’ve been working on: a couple of courses, new market research software, perfecting a coconut-based coffee creamer for my coffee that won’t make me yak—oh yeah, forgot to mention. I made cookies with expired ingredients. Because they were there, taking up space, and I was cold. (Just flour and other staples well past their Best By, but nothing too scary—I might read horror, but I try not to live it.) I even cleaned out a drawer while making a midmorning cup of coffee. (The trash is now full of rotten rubber bands.) You think maybe I should be skipping the coffee? 😉 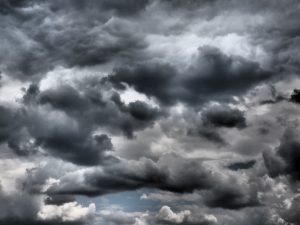 But I have to share the two biggest things rattling around my skull right now, because I’ll be talking to you about them next time. First, the “all is lost” scene I’m writing now in Dead Hollow Book Three is taking up some serious brain space. You know, that part in a book or movie (usually about 3/4 of the way through) when it looks like things can’t get worse and there’s no way the good guys will win. It’s a doozy—as it should be, since it’s the the low point for the whole trilogy—and I’m still working out some details. I won’t share details of the scene (you know I consider spoilers a felony), but next post I will ask for some general feedback from people who’ve read Dead Hollow.

And second, my major project this weekend is reviewing the final audiobook of Prodigal. Woo hoo! I have to say, this process has kinda blown my mind a little. I’ll be sharing some big picture stuff about why, about the relationship between readers and writers and things we take for granted, that I hope you’ll find interesting even if you don’t read that series.

So until then, have an amazing weekend!

And don’t be alarmed if you hear someone cleaning out your kitchen drawers. If, on the other hand, a stranger is washing your dishes, call the cops immediately. You’ve definitely got a psycho in the house.