I recently started reading Finders Keepers, the second book in Stephen King’s Mr. Mercedes trilogy. There seems to be a recurrent theme among readers of Stephen King, and even among readers of garden-variety serial killer or other dark crime thrillers. You’ll often see the question asked (or not asked, because people are too afraid to): What kind of person comes up with such twisted ideas? I suspect a close second is: What’s it like to write something like that? Do you have to sleep with the lights on? 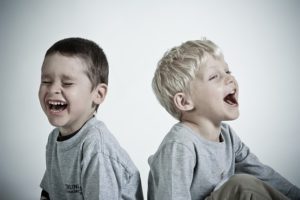 I’ve shared before that for me, the depth and quality of my emotional involvement with my writing varies. Sometimes, I anticipate putting my characters in harm’s way with the same “innocent” glee a child feels at watching videos of people falling off ladders. (That is, the ones where they’re able to get back up afterward.) The feeling may carry over into the actual writing process, with me inappropriately grinning as my characters suffer. But at other times, being lost in their fictional world gives me a hangover, well after I’ve stepped away from the keyboard.

For example, a couple of months ago in a mad rush before traveling, I deviated from my usual writing process. Instead of writing chronologically in roughly alternating points of view, I chose a particular POV and followed that character’s journey for several chapters at a time. That meant staying in his or her head without a break for longer than I otherwise would have. When I returned from my trip, trying to settle back into the manuscript, I reread a long string of chapters in the same POV and suddenly realized, Wow, no wonder I was in a funk before leaving. This poor guy’s [or gal’s] life sucks! Of course, your characters’ lives kinda have to suck if you’re going to write an exciting thriller. And in the final draft, the experience won’t be nearly so wearing for readers (bless editing and those alternating POVs). But I’ll certainly keep that effect in mind, for the benefit of future manuscripts and my mental health. 😉 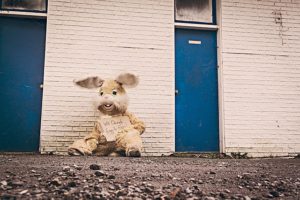 I had an even more intense experience yesterday. No, not the one where a 5.3 earthquake sent a post-shower me (and the dog too limpy for the morning walk with his buddies) running outside naked clutching a towel, although I suppose that could have been foreshadowing. Like most people, I was a little stressed (but at least I was now dressed for earthquake purposes), I was a little sleep-deprived, and I’m currently in the book’s dénouement, which is always challenging. And it was getting hot, with the temperature at my desk transitioning from mid-eighties to high eighties. While typing, I suddenly realized that the scene I was writing made me a little misty. That happens from time to time, so I soldiered on, trying to finish it before breaking for lunch. But then, a paragraph or two later, I found myself not crying, but SOBBING like a toddler who’s just seen the Easter Bunny take off his costume head to smoke a cigar. It was ridiculous. Then I started laughing because (Judy, these are fictional characters) it was ridiculous. The dogs lifted their heads and stared at me in unison, with doggy expressions that said, The human has finally snapped. It was bound to happen. 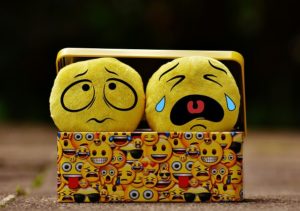 I got up and washed my face, ate my lunch (hmm… low blood sugar?) and finished the scene in the afternoon with no additional breakdowns. I should add that I am generally not a weeper (not that there’s anything wrong with that ), and it’s not like I was writing about wiping out humanity. But having had the advantage of day’s distance, I don’t exactly need an advanced degree in psychology to see why it would have pushed my emotional buttons. The ultimate irony is that this scene may not even make it to the final version of the book. I’m more than 10,000 words over my target length already, so I’ll be making some substantial cuts. If the scene does survive to publication, you should be able to guess which one it is. But if it’s cut and you’re curious and could also use a little emotional catharsis, drop me a line and I’ll send it to you. Standard legal disclaimer: emotional buttons vary by user, so effects are not guaranteed. 😉