I spent much of yesterday morning messing up my website (that wasn’t my goal, I can assure you), and then desperately trying to restore it to its former not-so-glorious, but also not-so-crappy state. My afternoon and much of this morning was devoted to messing up my print files and trying to get Prodigal paperbacks placed with other distributors. Do you see a pattern here? No—not the part where I mess things up. The part where I do things other than writing…

That’s right, I finally finished the rough rough (made your dogs look) draft of the second Dead Hollow book. Woo hoo! I have to say, I’m pretty excited, despite the use of the double rough. I spent the weekend doing revised storyboards for my developmental editor. What’s a storyboard, you ask? My storyboards are nothing so elaborate or artfully constructed as the ones I associate with making a film (Bosch Season Three, anyone?). They’re basically just a rough outline of my novel, with a paragraph summary per chapter or per chapter section. And yes, sometimes it’s a really long paragraph. 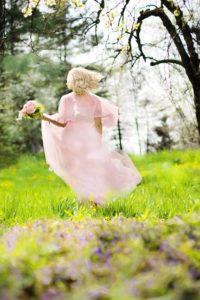 I’d submitted storyboards to my editor before I started writing this book, and knew, after her feedback and some mulling, I’d be making a few changes from the original plan. Still, once I started drafting, things held pretty well until the middle, at which point my muse went batshit crazy! Sorry—I was channeling Luther Beck there for a second. Allow me to rephrase: she took the story and ran with it, in a different and much more convoluted direction. That means the revised storyboards I worked up this weekend were about (mumble, mumble) words. Oh, you couldn’t hear me? Well, let’s just say they were the length of a novella, and a beefy novella at that. 😛 Not surprising, since my rough rough draft of Book Two ended up being more than 20% longer than Prodigal. 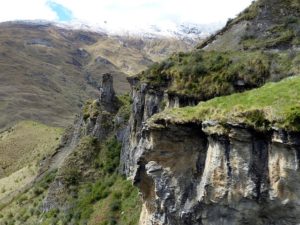 You’d think after six books, I have my process figured out. I’ve shared before that I’m naturally a pantser, making it up as I go along, but I tried storyboards (or beats) for the first time when writing Prodigal. It worked out pretty well, but I’m realizing now that the first Dead Hollow book was relatively simple. Sure, it has layers and mystery, etc., but it basically follows one storyline the whole way through. I think the best way to explain Book Two is to quote my husband: “Book Two is your Two Towers.” Multiple points of view, multiple story- and timelines, multiple headaches. Bless Peter Jackson’s heart, I don’t know how he didn’t pull out his beard. (Or maybe he did; I can’t remember the progression of his facial hair during filming Lord of the Rings, but I’m pretty sure he kept his mustache.)

That’s why I’m taking advantage of a little time and distance and another set of editorial eyes to be sure that what I’ve written is Book Two, and not Book Two plus a quarter of Book Three. Or Book Two plus an unnecessary divergence. When done well, middle books (or movies) in trilogies are often my favorites, where the best stuff transpires. And that’s what I want to create—not just a book worth reading, but a book worth rereading once you’ve finished the trilogy for the satisfaction of saying, “Oh, that’s why that happened there…” 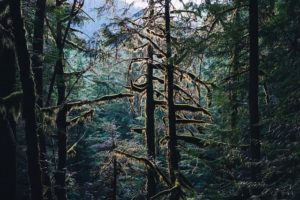 My experimentation with storyboards has been in part to make my stories tighter, but also to try to help me get the stories out of my head and into your hands faster. But I’m starting to realize that I need to leave enough time and space for the magic to happen. As much as I appreciate having a roadmap and knowing that things will fit together and make sense, I had so many fantastic moments of discovery once the crazy lady (a.k.a. muse) took an unexpected hard right turn at the Chapter Thirty intersection. Now I just have to go back and fill in the dots, make sure there’s a path just wide enough for you, dear reader, to trek through the woods in the dark after her.