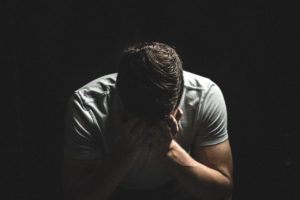 Last week, I shared some of my tales of woe, particularly of the technological kind. Don’t worry—this week, no more whining! (Although I did get a lot of very kind, positive feedback. Thank you, but remember the signs, people—don’t feed the writer.) I might even put my new credo on a Post-It on my laptop. The laptop I now have possession of—fingers crossed—after an additional multi-day diagnostic. See! This is why I need the Post-It credo, to keep me on the no-whining straight and narrow.

To that end, I’m going to peel back the curtain a bit and share why the loss of my laptop has had me in a tizzy. Other than I consider it an appendage, I mean. Or maybe a vital organ. In other words, I’m going to share [booming voice] My Production Schedule. Without whining.

I mentioned in last month’s Newsletter that I started an apprenticeship this summer with another group of writers. The program runs from idea (actually pre-idea, as early as figuring out subgenres) to book launch and lasts for eight months. My project for the program is the current work in progress I’ve been occasionally alluding to, without giving up much in the way of detail. It’s a thriller trilogy—the Dead Hollow Trilogy—set in a fictional Appalachian community in contemporary times. (As susceptible as I am to falling down Research Rabbit Holes, I definitely don’t see writing Historical Fiction of any kind in my near future.) The title of Book One in the series (you heard it here first!) is Prodigal. (Yes, I have the other book titles already; in fact, I even have all three covers. Mwah-ha-hah!)

We did a lot of work on planning our projects up front, much more planning than I would normally do. You may recall (Little knowledge; Hitting Pause; Master of the Universe; Just When You Think; Why Writers are Like Old People) that I’m a pantser by nature, meaning I write by the seat of my pants rather than planning. That means that at times, outlining felt a little like forcing a vegan to lick one of those racks of dinosaur from The Flintstones. And I’m using the term “outlining” very loosely. (By the way, in this metaphor, the overloaded, flipping caveman car would be my sanity.) 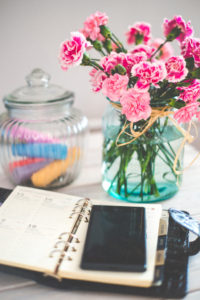 The months of September and October are set aside as writing months in the program. Yes, that would be the same month of September during which my laptop has been both functional and in my possession fewer than seven days. Leaving me five more weeks to write Book One. Oh, now the psychosis makes sense.

But I’m not whining. This is doable, and (now that I have a new logic board, hard drive, and battery) I am so psyched to finally dig deep into the manuscript. I’m only about 15,000 words in so far, and beginnings are always tough for me, but I’m almost to the point where I really hit my stride. And I’m excited about the experience of writing a book using some method other than pure pantsing. I was honestly a little worried about the process going in, afraid that if I knew where the story was going I’d lose interest in it. The funny thing is that, no farther than I’ve written, things have already happened that I neither expected nor planned. Ah, the joy of discovery!

In case it wasn’t clear, let me say that I’m also super excited about the story itself. But maybe I should save that for next week… when I share the cover and a rough blurb for Prodigal. [Am I allowed to mwah-ha-hah more than once in a single blog post? How about… ] Dunh-dunh-dunh! 🙂

[Man crying by Andrew E. Weber and Planner and flowers by Karolina Grabowska, both from stocksnap.io]