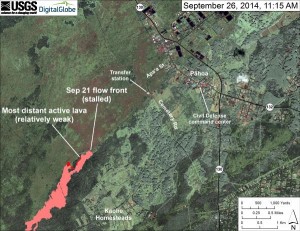 Things have settled down a bit here in lower Puna. We still have the 6:30 a.m. low-flying helicopter wake-up call, but, for the moment at least, Pele has paused in her advance toward Pahoa, or anywhere else. In other words, there’s not much happening at the surface. Of course, that doesn’t necessarily mean there’s not much happening. But for some people, it’s a bit of a respite and more time to make plans (or at least plan to make them).

On the other hand, it’s been very hot this week (our 75-pound dog spends the afternoons hiding in a cool spot under our bed), and that makes it harder for me to focus. It also didn’t help that I hit 70,000 words this week on Sydney Novel #2. I mean, YAY! I hit 70,000 words this week! (76K, but who’s counting?) But as the week went on, I kept thinking, um, shouldn’t things be starting to wind (or rather, accelerate) down now? Okay, promise not to tell and I’ll let you in on a little secret. I still wasn’t sure who had murdered the victim, or why. So of course, that made it even harder to focus. I may have mentioned before that I’m a (write by the seat of my) pantser, so my inclination was to keep moving and hope the muse kept putting out the road signs. (I’m not sure whose analogy that is, but when in doubt I’d guess Stephen King.) But then I’d think of that joke about the guy in rising flood waters who turns down everyone who tries to help him, saying something like, “Thank you, but God will provide.” Of course the guy drowns, and when he asks God in heaven why he didn’t save him, God says (excuse me for paraphrasing God), “Dumbass! I sent you a van, and a boat, and a helicopter…”

So yesterday, I decided I was ignoring the signs from my muse. I did my daily word count, but then I hit Pause. I started skimming chapters and doing the little synopsis index cards on Scrivener, trying to reverse engineer the novel’s structure. After 15 or so chapters, I decided it wasn’t really helping. Scapple! Surely Scrivener’s little sister mind-mapping program was the answer. The mini-map for the Sydney novella (in edits now) was beautiful, but the novel was too complicated to do the same way. I ended up with a very linear chain of events thing, essentially just reproducing the index cards in another form. ARGH! (And not in a good, pirate’s-got-me-some-treasure kind of way.) 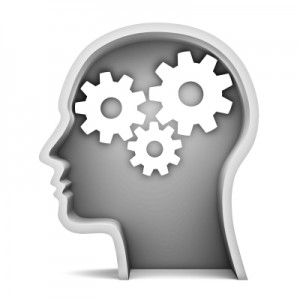 Then I came at it from another direction, the Big Picture direction. What are the Questions I need to answer? (Or at least ask; not all of them will be answered, and some will be answered in future books.) What are some of the Themes? Some of the Repeating Nuggets? (I have no idea what to call these things that doesn’t invoke an item on a McDonald’s menu, but I’m open to suggestions.) And I started color-coding these bits everywhere and pulling them out, looking at patterns. That’s when the brain gears started feeling a little less grindy. So I went back to writing. I did the dog-walking and dinner break, but later that evening, I felt my laptop calling again. I ended up with triple my usual daily word count, figured out (basically) who killed the victim and why (didn’t see it coming but it totally makes sense) and knocked off somebody else. All because I hit Pause and trusted that time, and my fumbling around, would clear the path instead of burying it.

(I have no prognostications on Pele’s Pause, not being privy to her Big Picture. And also, a little superstitious.)