A while back, a friend shared a popular meme on Facebook that went something like this. You know you’re old when you’re constantly asking the following three questions:

I was reflecting on this recently, perhaps when <ahem> helping my husband find his glasses, and I had a realization. Writers are like old people.

Why am I so tired? I wake up tired every day. I had contented myself with blaming our pack of dogs (or the cat–it’s always the cat) but I was listening to a writer’s podcast recently (Joanna Penn’s The Creative Penn) where she shared her experience monitoring her sleeping habits. She speculated that she’d been sleeping so much because she’s in the midst of a rough draft. Yes! We’re so tired because the voices in our head are wearing us out, day and night. (Not that the dogs and cat and new moon roach migrations through the house help.)

Why does my back hurt? This is one of those asked and answered questions for writers. Because I’m a writer. You’ve probably heard about recent studies saying that sitting is killing us, that chair-bound workers need to get up and move once in a while lest co-workers find their cold, dead claws clutching their mice. (The electronic variety, not the eat-you-after-you’re-dead variety.) Well, writers didn’t need any research to tell us that our vocation is killing our backs. Listen to a random assortment of podcasts or check out a writers’ forum, and you’re sure to hear about yoga ball chairs and standing desks and treadmill desks and dictation while walking. So far, I’ve only done the former. Standing makes my feet hurt (and Dingbat Dog pace), I don’t own a treadmill (or Dingbat Dog would be on it), and if I tried to write while walking on our pitted, gravel street, I’d probably fall down a lava tube or, the way it’s been raining for the past few weeks, fritz my recording device and possibly drown. (Note to Self: pick up thicker socks so you stop twisting your ankles in slightly too large shoes while dog-walking.)

Where are my glasses? Okay, I have to admit I don’t wear glasses (can you hear me knocking on the wooden desk that’s apparently killing me?) but if I did I’m sure I’d be searching for them every time I sat down to write. And I am (despite the East Hawaii rain) perpetually searching for my sunglasses. Does that count? I also find myself searching for scads of other things, some tangible, some not so much. There’s a lot to keep up with while you’re writing a novel, and not just ensuring you have a sufficient supply of coffee and toilet paper should you lose track of what month it is. 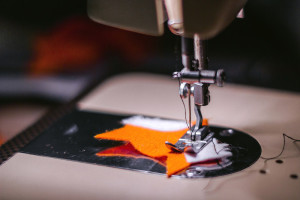 I’m in the final third of the fifth Sydney Brennan book now, which seems to be when I get particularly scatter-brained. That’s in large part because I’m a pantser, not an outliner. When I get to the end, I have to make sure all the threads of my mystery come together like a fine garment instead of a once-lovely rag rug shredded by the household pets. That involves a lot of … I don’t know. What do you call it when you’re sewing and you pick out a gnarly chunk, find something nesting inside it and shriek? Yeah, like that. Here are a few things I’ve noticed that I’d lost track of in Syd’s story this week. 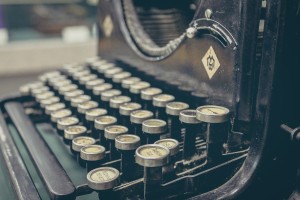 Maybe someone should start a Writer’s Home, a place where there’s no danger of catching the house on fire with your toaster while finishing your first draft. (I say toaster because what self-respecting writer owns an iron?) So long as it doesn’t look like that place in The Shining. I hear Johnny did not end up on the bestseller list.