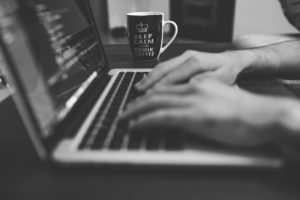 I’m glad to report things are chugging along on Prodigal, the first book in my new thriller trilogy. (No, those are not my hairy arms, but I appreciate the sentiment on the mug.) I’m still bumping up against the occasional tech annoyance, authorizing apps and software and devices that think I have a new computer, but at this rate—since I have Drafting Tunnelvision (don’t forget the booming voice) and only fix things when I absolutely have to—I’ll be clicking “authorize” into the new year. I’m also feeling a little scattered about setting up the editing and other bits and bobs, but I’m certain the random brain static will decrease after I’ve take care of a freelance project due in the next week or so. By the way, I am shocked to find this is the first instance of me using the term Brain Static on my blog. I want that phrase with a wicked logo as a tattoo, maybe on my lower back. (To my mother-in-law, don’t worry—I won’t; I promise.)

I hit the 1/3 done mark on Prodigal today—woo hoo!—and I’m on track to finish the rough draft by the end of October. I mentioned last week that beginnings are tough for me, and I finally passed the pulling-teeth tipping point around Monday or Tuesday. On the flip side, I’ve now written enough that all of my character and place name [FILL IN] notations are becoming a serious tripping hazard. Long-time blog readers will be familiar with this phenomena (A Character by any Other Name, Excavating for Trees and Story, Why Writers are Like Old People.) A couple of weeks ago on Facebook, I shared the unexpected connections I found while naming my fictional Appalachian County. This week, I’ve filled in several more place names and—off the top of my head—I’ve changed a victim’s name and another point-of-view character’s name (including his surname, which means I also changed his brother’s name). I took the time to make those tweaks, despite my Drafting Tunnelvision, because the longer you wait (and the more words you add), the scarier that find-and-replace function gets. 😉

Last week, I promised a blurb and cover reveal. Just a reminder, Prodigal is the first book in the upcoming Dead Hollow Trilogy, with an anticipated release date of February 2017. Books Two and Three will be released shortly after. If you’re on my Newsletter list, the following comes as no great surprise (Newsletter folks always get first peek). Otherwise, you get the same caveat they heard over the weekend. This is the blurb I gave my cover designer crazy early—way before I even started the manuscript. In other words, don’t hold me to the details, but the general sense of the book still holds. 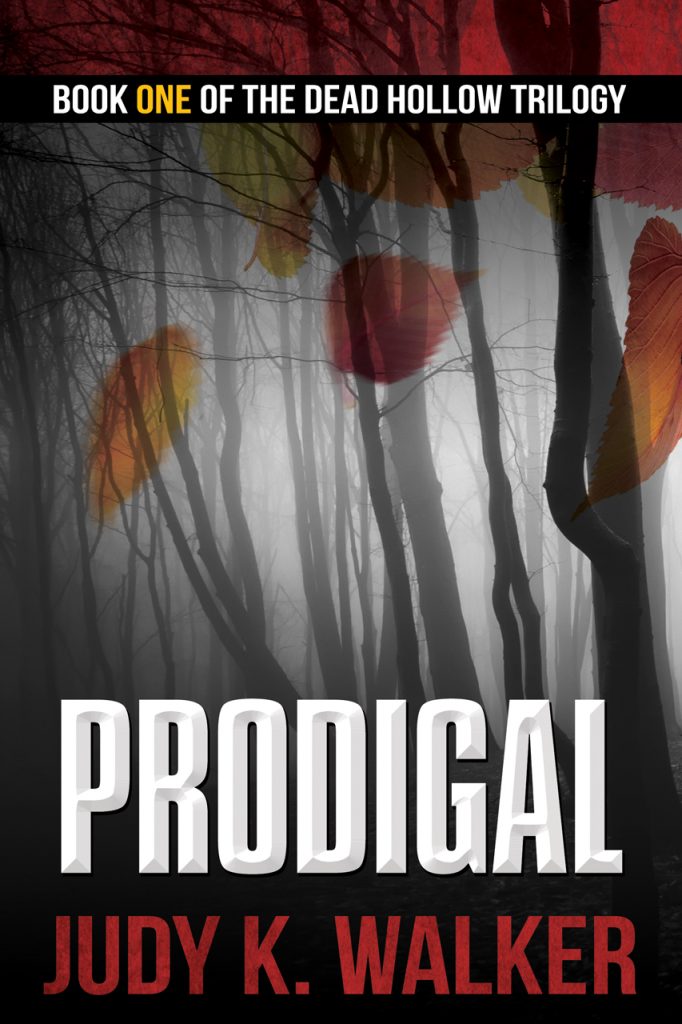 Twenty years ago, children began disappearing in Beecham County: a boy on a camping trip, a girl walking home from school…

And then it stopped.

Very slowly—month by month, year by year—children began to feel safe again, and parents began to sleep through the night.

Adam Rutledge, who’s spent his life adrift since losing his childhood friend to a man in the shadows, finds himself drawn back to Beecham County. But to stop the unknown predator, Adam must reveal his deepest, darkest secret and risk losing his mind—possibly even his soul.

[Typing on laptop with coffee by Luis Llerena from stocksnap.io; Cover design for Prodigal by Robin Ludwig Cover Designs]