I’m old enough that web design was not part of my primary education. I did some basic programming as a kid. You know, the kind of thing where you spend a couple of hours writing a “program” to do something that takes four seconds on a calculator. We had a computer class in high school using some now-defunct word processing program, but we also had a mandatory typing class. It was taught by a large elderly woman with a broken arm who meandered around the room yelling “KEY!!” whenever someone goofed off. Somehow I landed in the “bad boy” section with all the guys who liked high school so much they decided to stick around an extra year. Every day, they’d try to provoke her off just enough to make her yell “KEY!” but not have a heart attack. It was a fine line.

But I digress. The upshot is, I don’t know jack about webpages. So when I decided I needed a website, I got a book. (Of course I did; I’m one of those people.) Alannah Moore’s book, Create Your Own Website Using WordPress in a Weekend, is listed in my resource section. She walks you through three different themes, step-by-step, and something functional actually appears on your screen. But my problem is, I get cocky. Hmm, how about this theme instead? And suddenly you’re trying to figure out where your menus went. So you fumble through that and think, not so bad. But I hate the auto-hyphenation. Well, just make a child theme and change the code. Wait—what’s a child theme? And FTP? And CSS? One of the reasons I left law was to avoid alphabet soup. (I don’t know what they put in that crap, but I’m sure it has lots of -ogenated suffixes.) And suddenly I realize that I’ve just spent hours figuring out how little I don’t know. I can logic and google my way through some of the details, but the fundamentals elude me.

The same thing can happen with fiction. I’m a pantser, not an outliner, at least for now. I know there are a lot of reformed pantsers out there, and I’m open to anything that facilitates my writing process (as long as it contains caffeine and isn’t a felony) but for now pantsing is what works for me. When writing is going well, something somewhere inside my brain (I like Stephen King’s boys in the basement) puts the road signs out right before I get there. I sit down to write and trust that the signs will be waiting for me.

But sometimes, the crew slept in or went to New Orleans for Mardi Gras. That’s when I know just enough to be dangerous to my sanity and my story. The story starts to stall out. This happened to me recently with my protagonist at a baseball game. She was waiting (but she didn’t know it) for a phone call that would Change E 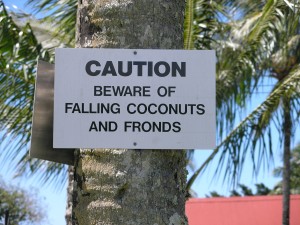 verything. Apparently one of us was in a dead cell spot (that includes everywhere in our house except leaning over the kitchen sink or out the front window) because her phone was not ringing. Sometimes I try to force it and write my way through anyway. That works if there’s a small road sign missing, like traffic calming. Just a little lurch in my stomach and I’m past the obstacle. But if it’s a stop sign, and I barrel on through, there’s a good chance my story ends up in a fender-bending mess.

The alternative to pushing through: just let it rest. Maybe the crew is just slipping their hats and vests on (safety first, people). Maybe they got food poisoning at that new Thai place down the street. Whatever it is, they’ll be back. They’ve gotta eat too. Come back later and the signs will be there.

[This has been on my mind for a while, but I feel like I read someone else’s post on this theme recently and that gave me a nudge. I haven’t been able to figure out who it was, but I’ll add a link here if I do. Feel free to link in the comments if you know who I’m neglecting.]