Still a little scattered here. I’m currently buried in avocados. Metaphorically, not literally. Not quite literally.

You know how sometimes you get pulled into something (or say, you leave town), and you end so far behind in everything else that you don’t think you’ll ever catch up? That’s me and my husband right now.

If you caught last week’s blog post (Shades of Winterport), you’ll know that our travel back to Hawaii hit some thunderstorm-sized speed bumps in Houston, resulting in a missed connection and an extra day of travel. Well, one extra day for us. An extra three days for our luggage. And did I mention being out of pocket for an overpriced, lousy hotel room? Good times.

Ah, but the good times were just beginning. 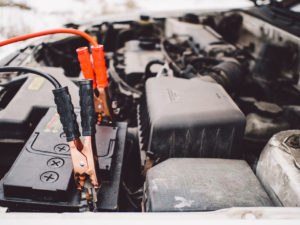 Monday morning my husband had to leave early to drive across the island, and the hybrid wouldn’t start, leaving us down a car. (No one had a battery in stock; we’d already checked with the first breakdown—see Where’s My Scotty).

No big, I said. I already had an appointment at the car dealer the next day because of a killer airbag recall. It just meant no catch-up errands and another day without my finally-ready-to-pick-up laptop (2 1/2 weeks, Mac people? Really?). So Monday night, my superhero husband brought my computer home. With a blank hard drive. Gee, thanks, Apple.

Tuesday morning, we gave the dead car a jump, and then I spent hours reinstalling from back-up and tracking down my software authorization codes for everything from Adobe to MS Word. Then (miracle—the jumped car started again) I spent the whole afternoon at the always-overbooked dealer service department in town. I’m there about an hour, when suddenly Thor (that’s the God of Thunder, y’all) arrives on our doorstop out of nowhere. Crap.

But maybe it’s not thundering at our house in Puna. And the dogs will be fine, right? Yeah, not so much.

About an hour later, I get a call from a Good Samaritan stranger who says he has Fred. (Good thing he was still wearing his collar.) No word on the other two dogs or how Fred escaped.

Of course, the dealer isn’t done and they haven’t even dropped my battery in yet, so I’m not going anywhere. Superhero husband to the rescue! He arrives home to find two good dogs still in the yard and a huge section of destroyed lattice, chewed through by Fred to escape from the fenced yard.

By the time I get home (with a car that will only kill my passengers now—apparently there were two recalls and the other airbag part isn’t in yet), Super Hubby has picked up Fred and given him a couple of Valium (and I’d imagine a stern talking-to), installed new lattice, and is rushing back into town for another meeting. Phew.

But the thunder hasn’t stopped—in fact, it’s coming back with a vengeance—and I have to spend the next few hours sitting on the floor next to Fred’s open crate to keep him from bending the bars with his teeth. (In Fred’s defense, I was not particularly fond of the nearby strikes that made our whole house shake, either.)

Apparently, there was some sort of tropical brew-ha-ha parked over the Big Island this week, and the thunder didn’t stop for days. Not exaggerating—days. In fact, it’s still overcast with a hint of rumble.

I won’t bore you with the details of elaborate dog-shuttling (work, acupuncturist, etc.) to make sure Fred was never left alone. And I think you have an idea what our nights were like. (Sleepless.) But did I mention the other daytime goodies, like the ant nest in my dog-walking umbrella (discovered when opening the umbrella during a wet walk)? How about the afternoon fire ant shower (so many burning bites I had to hose them off)? Or the morning I woke up to find—horror!—our French Press was cracked? (I brewed coffee in the sink and prayed for the best.)

And that’s on top of the everyday everything we’re still behind on.

Which brings me to the avocados. 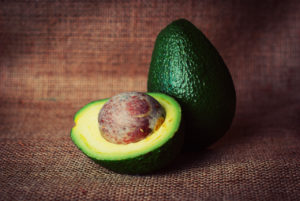 Reminder: there is a laden avocado tree next to our house. On our return, after composting the ones that had gone off, we still had a milk crate full of avocados. Plus a couple of bowls, and maybe a bag.

What does one do with that many avocados while having the kind of week I just described? I did discover that you can freeze avocado if you have the time. But instead we mostly watched them attract bazillions of ants (see above), while a half dozen or so additional avos fell from the tree every day. Six isn’t that many when you’re starting with a clean slate, but with a few dozen in reserve? It’s overwhelming.

We managed to give some avocados away, but eventually the bulk of the crate went in the compost. That’s almost a clean sweep, except that the bowls remain perpetually full. Still, I have to say, the sight of that empty milk crate was a relief.

So how do we compost the rest of the non-fruit things in our lives that are surplus, unnecessary burdens, or have just gone off? No idea, but I’m open to suggestions. Surely somebody has figured it out. If I ever do, the income from the nonfiction book I write will allow me to hire a Fred-sitter. And maybe blast a soundproof bunker in the lava rock. 😂

[Jump start by Pawel Kadysz and Avocado by Krzysztof Puszcynski, both from stocksnap.io]