It’s been raining here a lot lately. I’m not complaining—my whiteboard has fallen off the wall (with 15 pieces of “permanent” mounting tape) and my dog-walking sneakers haven’t dried in about five days, but the daily drenching has definitely provided a welcome relief from the heat. (Okay, maybe I’m complaining a little.) Last night, we had occasional thunder between waves of rain that pounded the metal roof hard enough to loosen your fillings, which is unusual for Hawaii. (The thunder, that is—rumbling in the distance here is more likely to mean the military is playing with its boom-boom toys in the middle of the island.) If you’ve read my blog before, you might sense the approach of a recurring theme: our too-big, insecure dog trying to crawl into the too-packed, not-so-clean, under-the-bed space. My poor husband had to do a bridge yoga pose to accommodate the rising bed as Fred burrowed beneath him. The dog’s shivers made the mattress vibrate periodically as if we’d put a quarter in. (Magic fingers? No Jimmy Buffett fans?) This is all my long-winded way of saying, please excuse any googly-headedness in this post because I’m a smidge sleep-deprived. It’s also a way of taking up column space (how wily am I? I’ve included a smaller version near the bottom in case of device/viewing issues) so you have to scroll down a ways from the headline to see … 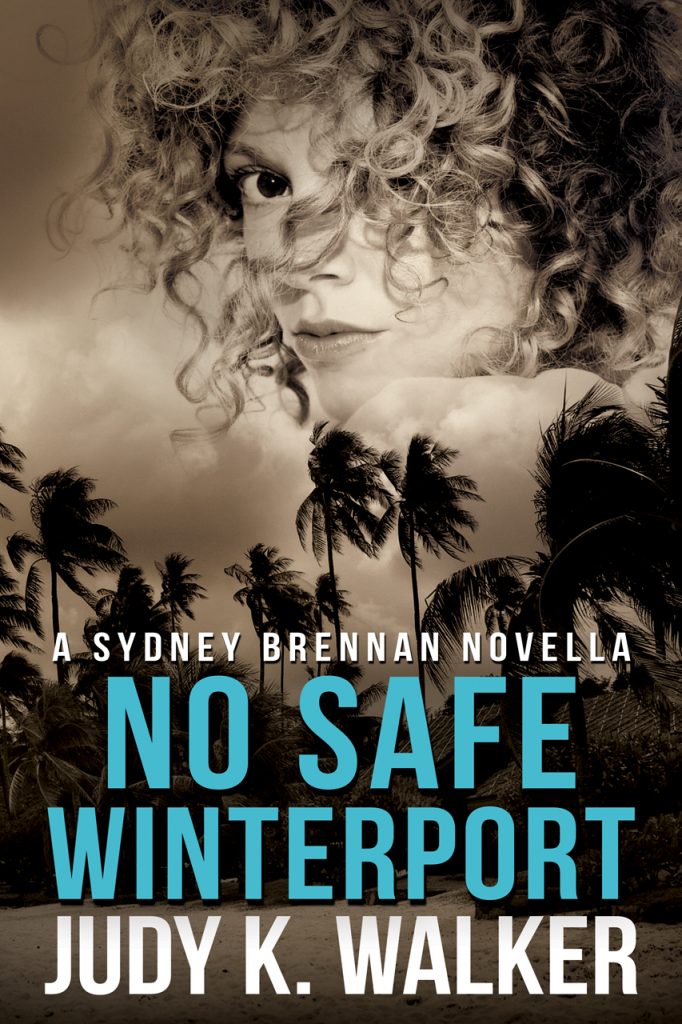 Visiting her estranged sister in Winterport, Florida, isn’t exactly private investigator Sydney Brennan’s idea of a vacation. Sydney is prepared for a week both highly dysfunctional and painfully boring. Instead, the two woman find themselves in the midst of a crime, the brother-in-law Sydney’s never met remains strangely absent, and soon the local sheriff suspects him of murder. Meanwhile, Sydney’s sister just can’t let family history lie, and—oh, yeah, there’s a hurricane on the way. Vacation or not, it’s up to Sydney to figure out what her brother-in-law has gotten himself into and track him down, before there really is No Safe Winterport in a storm. 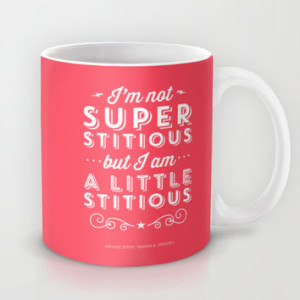 Still no official release date on the 46,000+ word novella, but it will be happening very soon—I’d say within a month, but don’t shoot me if I’m off by a few days. My copy editor has nearly finished her first pass through (she does three, because she is ass-kickingly thorough) and I’m too superstitious/paranoid to set a date before seeing her feedback. Categorizing my various mental health tics can wait for another time (i.e. never). However, while I don’t think I’ve ever seen a full episode of The Office (maybe once in grad school after an exhausting day of field work; technically my eyes were open), this Michael Scott quote sums me up pretty well: “I’m not SUPER STITIOUS but I am A LITTLE STITIOUS.” 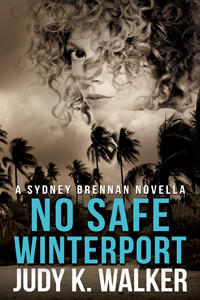 [No Safe Winterport has another fantastic cover design by Robin Ludwig Designs; the Michael Scott quote mug by Noonday Designs is featured on WANELO.]