You may recall (unless your mind is like mine) that I’ve been feeling a little scattered lately. It’s partly the dreaded, double-barreled heat and humidity (Summer Days Make Me Feel Stupid), although in recent days east Hawaii has been mostly dumped on by another weather system in need of some serious Prozac. In fact, my primary productivity culprit is more existential.

I sailed through my editor’s feedback from her first pass on No Safe Winterport earlier this week, which was an awesome feeling. (It is funny though, how I seem to develop different weird spelling/typo/punctuation tics for each project; this time they included a mild relapse of Hyphenation Hyperactivity Syndrome.) Along with editing, I’m mostly wearing my other non-writing hats, trying to catch up on all the things (marketing and maintenance) that have fallen behind. I know (very broadly) what the next Sydney novel will be about, but it’s sort of Waiting in the Writing Wings until I can get Winterport put to bed. (Off to press? Out to pasture? See, scattered.) And that—the waiting—is the root of my trouble. 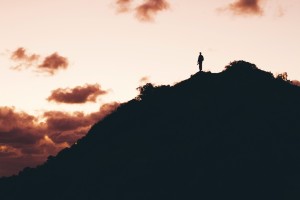 Beware: I’m about to mangle and oversimplify me some religion, but, statistically speaking, it probably won’t be yours. (Fortunately, I hear that Dalai Lama guy is pretty chill and probably won’t hold it against me.) Tibetan Buddhism includes the concept of bardos, which are intermediate states, or states of transition. The space in between death and the next life is one bardo that gets a lot of attention, but meditation can be another. (FYI, there are Six Bardos in Tibetan Buddhism; I’ll spare them—and you—my non-Buddhist’s meat grinder understanding.) Bardos are places of great spiritual opportunity, but they’re also places where you can get into a lot of trouble.

Taken metaphorically, I find the idea of bardos very useful, and it resonates with my own experience. [Remember, this is simply Writer playing with Metaphor, not Knowledgable Person talking Religion.] It’s those in-between times, when we’re on the edge of something new but not quite there yet, that we can rise to amazing heights or slip into truly transcendent dumbassery. (Think teenaged years, suspended between childhood and adulthood… and isn’t it a miracle we made it through that?) Our lives are made up of small bardos, too, as we transition from job to job, relationship to relationship, moment to moment. And, personally, I don’t transition well. A kind of motionless inertia, waiting for one thing to end and the next to begin, sucks me in and drives me nuts. And that’s one of the dangers of a bardo, right? That we never transition, that we settle right in and never move on. 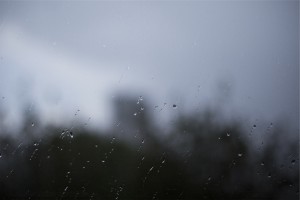 So right now, I’m not quite finished with Book 4 and not quite prepared to start Book 5. As a writer, what do I do with that? I could take some time to fix my workspace. But there’s one more little construction and painting project that has to happen first. (Can’t put furniture against a wall that doesn’t exist.) I could (and probably should) embrace my suspended state, take a step back and think Big Picture. I could even tackle that <ahem> business plan I’ve been putting off. Or I could grab my raincoat and umbrella and take the dog for a walk (a wade at this point). Dog-walking is one of those things that allows my mind to cut loose so I can hear the Muse whispering in my ear about Book 5. (Yes, I said I look distracted while walking my dog because I’m listening to the voices in my head—got a problem with that?) Getting soaked sounds like a plan. Now, what do I do while I’m waiting for the deluge to shift to a downpour?

[Man’s silhouette on mountain by Jordan Hile and rain-blurred window by Damir Bosnjak, both from stocksnap.io]