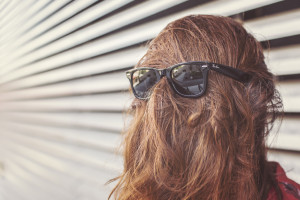 I used too much shampoo in the shower this morning. And then I had that moment in front of the mirror when I wondered, comb? Brush? Fingers? What is the appropriate hair-wrangling tool for this sudden lack of hair? Ahh, the summer haircut… one of the best parts of summer. (Very short is my preferred year-round haircut in Hawaii, but the last few times I’ve succumbed to, “But what if we tried a little longer?”) It felt so good being shorn! The cold water shampoo/head massage in the middle of the day didn’t hurt. Of course, I’ll let it go uncut for months past when I should, but for this week I’m golden. And maybe sunburned.

I’m having difficulties mustering enthusiasm for other summer things because I get the Summer Stupids. I don’t mean the kind of stupid where you see pictures of yourself in a horizontally-striped bathing suit later and wonder, what was I thinking? I mean, opening your mouth, only to utter, “What was I going to say?” Or walking into a room and wondering, “Why am I here?” in a non-existential way. More so than usual.

Maybe the Summer Stupids happen because just taking care of basic needs requires a little more effort, so a little more brain power is being diverted. It’s been unusually hot here the past couple of weeks. We have no A/C and a single fan (the pickings are pretty slim lately on the store shelves, and I couldn’t bear staring at bubble gum pink all day) so during the day, I’m like a human sundial. Doors and windows are opened and closed strategically as the sun progresses through the sky. It seems pretty automatic, but I do wonder what percentage of my brain is devoted to it, like an app always running in the background, just to shave off half a degree of heat. And what do people eat when it’s this hot? Ugh! Aside from the revulsion at eating hot foods, who wants to cook them? (I guess some people succumb to that energy-sucking siren, the microwave, but we’re off the grid, so we don’t own one.) 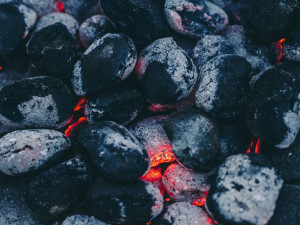 Sitting down to write has additional summer considerations. I’ve worn two particular skirts just about to threads because they’re the perfect length to keep my yoga ball chair from sticking to my legs while writing. I ordered a cover, but the only fabric option was something like velour (slippery synthetic fabric on a round ball—what could go wrong?), so I chose brown with my wasabi green chair. It looks like something that would belong to a very large kitten (one that could eat pumas) or on a 1970s porn movie set. Of course, the cover made me cough and itch, so it’s been removed for washing. The green ball was covered with brown dandruff when I finally managed to extricate it through the little bitty zipper. (If I deflate and reinflate that damn thing with its wheezy pump one more time, I’m investing in a pipe and a sailor suit to match my biceps.)

Did I mention sleeping? Yeah, that’s not a given in the summer either. Even the regular nightly rain hasn’t been cooling the temperatures enough to sleep comfortably. Last night, we had thunderstorms, which aren’t all that common in Hawaii. The good news is, the temperature dropped into the 70s. The bad news is, everything else. Rain pounded the metal roof so hard that sleep was impossible. Whenever the rain eased, the dog paced in his Thunder Shirt, or lifted our mattress from beneath trying to find a hidey spot. Fred also stirred up enough not-cleaning-under-the-bed sins crawling out from my side to set me off on a sneezing fit in the wee hours. Even after face-washing and eye drops and everything else I could think of, I spent the rest of the night breathing through half a nostril. I don’t think either human managed more than a couple hours of sleep. But hey—it all works out in the end! If I weren’t sticking to my naked yoga ball right now, I’m so tired I’d probably fall off it. Now where’s my coffee? Iced coffee.

[Hair with sunglasses by Ryan McGuire and Hot coals by Pawel Kadysz, from stocksnap.io]