I mentioned last month that the Birthday Crab (sort of like Santa Claus in Bermuda shorts) came to visit me, but not how many times he has done so. It doesn’t matter. I’m old. And I have been for a while. How do I know? Because getting grounded sounds like a good thing.

Obviously not everyone on the InterWebs is American, and sometimes things get lost in translation, so let’s make sure we’re on the same page. (Just an Americanism, or an expression with a global pedigree?)

I love the versatility of language, and it turns out “grounded” is quite a twisty bugger. (I read and watch lots of Brit crime, so “bugger” is, in fact, a regular part of my vocabulary.) Grounded can mean to prevent a pilot or aircraft from flying. It doesn’t bode well for watercraft either, meaning they’ve run aground.

In baseball, it means hitting a ball on the ground (the batter grounded to third). Grounded is also having a practical basis or foundation of knowledge (the research was grounded in biochemistry).

In our youths, the primary definition of grounded was as a form of punishment. Potential (mis)adventures were subject to a cost-benefit analysis: is this worth being grounded? We lived in fear (or for some, fatalistic expectation) of being grounded, whether that meant a week of not playing outside with friends or a week without video games or internet.

It’s more difficult to successfully ground book lovers; I was an under-the-blanket reader myself. 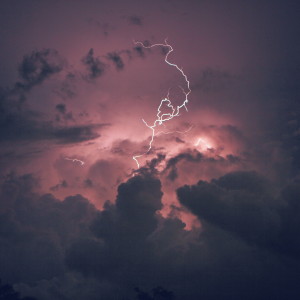 At some point in our mid-twenties (earlier for those in hippie or hippie-adjacent communities), grounded goes from a punitive state to a desirable one.

A grounded adult is a sensible person, one who is well-balanced and emotionally stable. Sign me up!

Presumably this meaning was derived from yet another definition of the word: when electricity becomes less volatile—and more safe—through connection with the ground.

I often feel as if the volatility of my thoughts, the field generated by my inability to make a decision, could fry anyone within range. (Don’t be alarmed if you see me wearing heavy rubber gloves—it’s for your own safety, not because I’m a serial killer.)

And the volatility is in no way connected to the magnitude of the decisions swirling around my skull. Lunch? Laundry? Lilikoi juicing? Arrghh—watch out! We’re under a severe brain storm advisory. (But not the good kind.)

I have recently grounded one of the more dangerous live wires by deciding that the next Sydney Brennan book, No Safe Winterport, will be released September 3, 2015. I may or may not put it up ahead of time on Pre-order. (Hear that crackling noise?)

You know, forced confinement to my quiet room with some clandestine books doesn’t sound that bad after all. 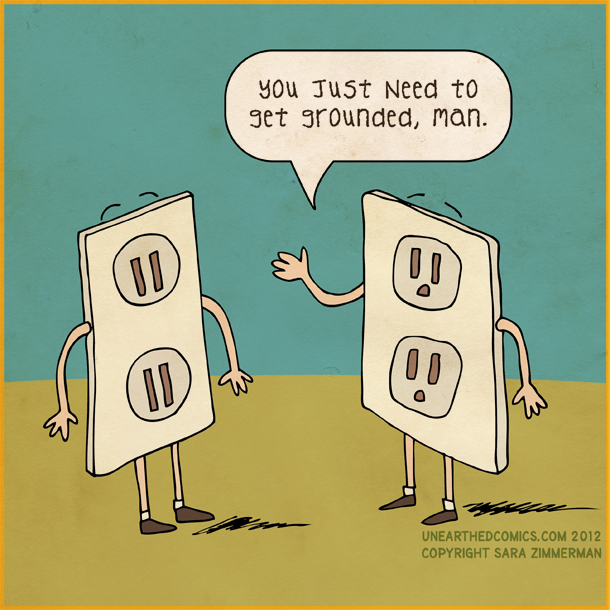 [Child on deck by Jeri Johnson and Lightning in clouds by Breno Machado, from stocksnap.io. Get Grounded by Sara Zimmerman from Unearthed Comics; click on the comic to check out more of her stuff]