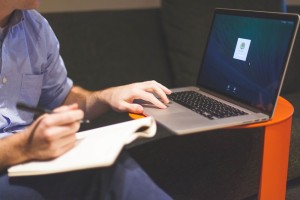 A couple of weeks ago, I used an aggregator (a company like Smashwords or Draft to Digital that acts as a sort of middleman) to add my books to some of the lesser-known ebook retailer and subscription services. Of course, then I had to check my books on each of the sites and see what had gone wrong, because something invariably goes wrong. Some sites don’t support any description formatting, or they support html but not that kind of html. Then there are the I-know-I-proofread-seventeen-times moments, when you discover that you can’t even spell your own name. (Hasn’t actually happened yet, but I’m still waiting.) I decided to tweak a synopsis or two, but there was nothing else I couldn’t live with. Until … I noticed that one of the sites had placed my Sydney Brennan Mysteries into the Cozy Mystery category, even though I had put them in Private Investigator and Female Sleuth. Odd. But these software glitches happen. I contacted my aggregator to see what could be done. The customer service person said she would notify the retailer, but (apparently not having a Female Sleuths category) the retailer always and automatically places Female Sleuths in the Cozy Mystery category. Huh.

For those of you who don’t voraciously consume mysteries or live with BISAC categories on a regular basis, a Cozy Mystery is one in which sex and violence are downplayed. They’re often described as “light” or “fun” reads, with an element of humor, and the protagonist is usually a female amateur sleuth. Sub-categories on Amazon include Culinary Cozies, Animal Cozies, and Crafts & Hobbies Cozies. I grew up watching Jessica Fletcher in “Murder, She Wrote,” and I enjoy all the different portrayals of Agatha Christie’s Miss Marple. But at the risk of being crude, why assume that my protagonist can’t kick ass because she has a vagina? After all, I would not enjoy being on V.I. Warshawski’s bad side, and I suspect I could talk my way around Patrick Kenzie, unless his partner Angie Genarro was there to shoot me first. 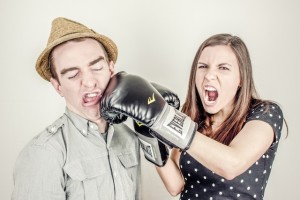 Okay, I’ll admit this may not have bothered me as much if I weren’t already prickly about FIFA paying the eliminated-in-the-first round American men’s soccer team FOUR TIMES the amount they paid the World Cup-winning American women’s soccer team. So maybe I was being hasty. Maybe I really had no understanding of the Female Sleuths category (definitely true) and maybe it contained predominantly Cozy Mysteries. A little research was in order. To that end, I took screen shots of Amazon’s Top 100 Bestsellers in the Female Sleuths on July 15, 2015. (Amazon was not the retailer in question, but they are—in the U.S. at least—the Big Dog, and I know how to navigate their site.) Then I put them all in a spreadsheet with some of their vital stats (thus the screenshots—it took a while to get all the information) and crunched some numbers. This is a single random day in July, but for what it’s worth, here’s what I found squinting at Excel.

On this particular day, Cozy Mysteries made up only 25% of the Top 100 Female Sleuth Bestsellers, so they were clearly not the dominant form of Female Sleuth mystery. I forgot to check the same day, but on July 30th, the total number of books classified as Cozy Mysteries on Amazon was 7,178, versus 17,137 Female Sleuth Mysteries. There were 2.4 times as many Female Sleuths books as Cozy books. Books categories are identified by the author/publisher, not some warehouse-sized CategoryBot, and obviously a chunk of the Female Sleuth books were also Cozies. Still, it’s hard to support the idea that putting every Female Sleuth mystery in Cozy is a data-based, business decision, rather than just a sexist one. That annoys me as a businesswoman, not just a person who’s sick of -isms. The Sydney Brennan Mysteries are definitely not Cozies. In them, sometimes bad things happen to characters you care about. (And sometimes, someone drops an F-bomb about it.) The bottom line is that I don’t want to offend unsuspecting readers—and get bad reviews—because my books are in the wrong category.

Once I had a little data, I couldn’t not putter around with it. The following things I gleaned about bestselling Female Sleuths may not be that interesting to the average person–feel free to click away now–but I’m sharing anyway for the number nerds out there.

It would have been great to break down the books by the protagonist’s occupation (from PIs to law enforcement to vets to bakers), but that ended up being more of a time suck than I could justify at the moment. I had to close the browser tab with my library account as it was. (Ohh, that looks interesting. Let me just see…) So there you go. Mini-rant defused by data, at least until next week. (I’ll try to avoid the news and most human interactions, but no promises.)

[Man with laptop by Startup Stock Photos, Boxing female by Ryan McGuire, and Chocolate Cupcake by Zoe Magee, all from stocksnap.io]