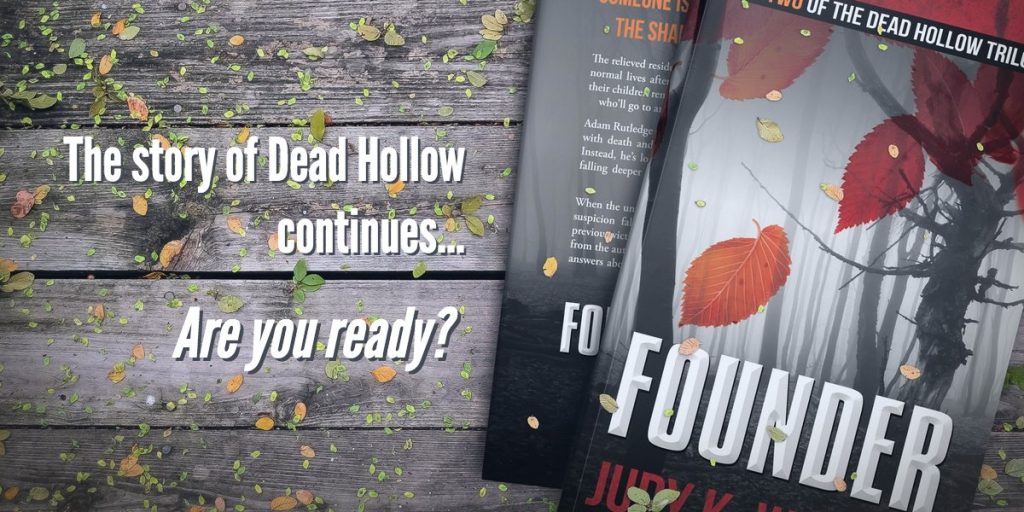 That’s right—only four more days until Founder is released! I think. Am I the only one who’s never sure how to count the number of days until something happens? Do you count the current day? And do you count the anticipated day of the event? If not, that’s a potential two-day error over a four- (or three- to five-) day span… Yeah, I might be getting a little frazzled.

This past week involved a lot of last-minute formatting and uploading and re-uploading and looking at my router saying, Really? Is that all you’ve got? (And no, I’m not in data restriction yet; I just have satellite internet in the boonies.) I believe the final, fully edited version of the ebook is ready to go on all platforms on September 12th, and—barring anything crazy—the paperback version will be available that day or soon thereafter. At least on Amazon. The proof from a certain other print-on-demand distributor will arrive… I’m guessing by the time I release my next book. I paid an extra 63 cents to have the proof printed faster, but refused to pay an extra $43.51 to have it sent regular USPS mail instead of media mail. Seriously?! $47.31 to ship one book first class?! I could have found someone on Craig’s List who was coming to Hawaii and given them a pound of fancy Kona coffee (I prefer Kaū) to stick it in their carry-on and still come out way ahead. Sorry—I’ve done this rant before (A Tale of Four Paperbacks) so I’m stepping down off my high bookshelf now. 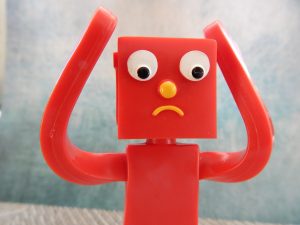 In addition to all of the launch stuff, I had a BookBub ad for Back to Lazarus last month and I’ve been participating in another month-long promo, so I’ve had more than the usual web traffic and emails. These are the problems you like to have, but it is distracting. It doesn’t help that it’s impossible to not skim the new reviews that come in on the heels of The Bub. It’s always at least slightly painful to read reviews of your first book when your writing chops darn well better have improved since then, but this time some of the reviews are not kind. I don’t mean they didn’t like the book, which is every reader’s prerogative. I mean they’re nasty, which is something I don’t recall after last year’s BookBub. For whatever reason, the book I wrote over ten years ago is pushing people’s buttons now, and that winds me up in turn. (I’m told I can be easily windable.) Like the reviewer who called me a crap-spewing, left-wing retard. I have to admit, that one actually made me laugh. Eventually. Others got their facts about the story (their fictions?) wrong, and that’s much harder for me to let go. 😉

If nothing else, the experience has given me a couple of nudges. First, for me to try to be a little more mindful in my interactions with non-canine people. Let’s face it—between the politics and the crazy natural disasters and everything else that is so ubiquitous and unrelentingly stressful—most of us are about one dirty look away from yelling at the person in line ahead us who won’t get off her phone and pay the cashier. (Go ahead and yell—I’ll give you a freebie on that one.) And second, I’d been mulling a Sydney blog post, something about why the character is the way she is at the beginning of the series and how she changes over the course of the books (but without spoilers). I’m thinking there’s no better time for such a post than the… well, near-future.

Right now, we’ve got some Appalachian supernatural thrilling to do! What will I put poor Adam through this time? If it makes you feel any better, everyone else has a pretty rough time, too. 😉 Here’s the final back cover copy for Founder:

Someone is still watching from the shadows. And waiting…

The relieved residents of Cold Springs are returning to their normal lives after an arrest in the recent kidnapping. But their children remain in danger, vulnerable pawns for a man who’ll go to any length to make Adam Rutledge suffer.

Adam Rutledge wants nothing more than to forget his brush with death and the childhood trauma it has reawakened. Instead, he’s losing touch with the world around him and falling deeper into visions he can’t escape of horrors that aren’t his own.

When the unthinkable happens and another child is taken, suspicion falls upon Adam, whose role in rescuing the previous victim cannot be explained. Soon Adam is running from the authorities, searching for the missing child and for answers about what is overpowering his mind. But can he live with what he finds?

Feeling teased? Good—here’s your link to Preview the first two chapters BUT… yes, there’s always a but… remember, do not read this unless you have already read Prodigal, the first book in the trilogy. One of my Advance Readers pointed out it’s been a while, and apparently the rest of you don’t live with these characters in your head all the live-long day. (That’s why I have such a big head—it’s very crowded in there.) So I added a little snippet to the beginning of Founder to remind you where Prodigal left off, or at least prompt you to realize you’ve forgotten who everyone is and need to flip through for a quick refresher. In other words—last time (here), I swear—don’t read this if you haven’t read Prodigal because that paragraph will be a spoiler.