So I hear it’s Friday again. Huh. How about that? 😳

At the risk of sounding like a broken record, apologies for being somewhat digitally absent. Our internet has been down A LOT lately (still waiting for a service call after six days) and I can’t easily tuck my desktop under my arm and head to a coffee shop. 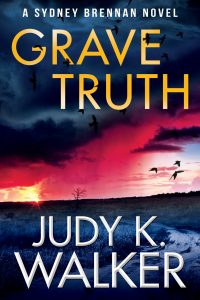 The next Sydney Brennan adventure, Grave Truth, has been through its beta read (be thankful my blog post isn’t about that whole world of tech horror). Not only that, after positive feedback and a copy of little tweaks, it went to my copy editor yesterday—booyah!

It’s taken longer than I would have preferred, but I am so excited to get this book out to y’all! As I’ve been hinting, it is chock full of characters returning from previous books and short stories (head to that Free Story tab if you don’t have them yet). There are lots of little nuggets in Grave Truth that tie in to things that have happened before, as well as things that will be happening in future books.

I’ve often confessed that I’m just short of having my own entry in the DSM (Diagnostic and Statistical Manual of Mental Disorders) when it comes to editing. I can be a little… attentive to detail. Except that sounds diligent, and I’m more like a Potential Mistake Stalker.

There are the typical copy editing issues—compound words, Hyphenation Hyperactivity Syndrome, overused words, etc.—and then there are continuity and what I’d call ground-truthing issues. (Yes, I wear a fedora and drink whiskey while I’m on the hunt, but I don’t look nearly that happy.)

Continuity and ground-truthing are more troublesome for me. It’s simple enough to do a find and replace for your most common typos (used to be form for from but I’m not sure of my current bugbear) or cellphone (instead of cell phone). But making sure Syd is driving the correct car (rental or Cecil) and hasn’t magically changed clothes or manifested a smartphone that didn’t exist in 2005, those are the things that take some effort.

This is why my manuscript accumulates literally hundreds of notes (they’re called “comments” in Scrivener) while drafting and editing, all of which I diligently wade through prior to sending it for copy edits. Some are still relevant and needed addressing. Some were, frankly, insane. I like to think my responses to these over the past week indicate I am slightly less insane than when I started writing Grave Truth.

Exhibit A: There are numerous random notes with me wondering (i.e. worrying about) things that ultimately don’t matter. An example: Is he wearing his glasses to drive? And did he wear them to… (That ellipses is a spoiler prevention intervention.)

My healthy, typed response to the comment: WHO CARES?

It isn’t explicitly referenced and makes no difference if Mike is wearing his glasses to drive so long as he’s not frightening our protagonist passenger. (For the record, he is not scary, though someone else close to her could use some remedial Driver’s Education.)

Exhibit B: My second most common note is, Is this right? (My most common note: Usage, meaning have I overused this word of phrase, or I’m just experiencing a general ennui about its use.) Nearly all Is this rights concern something particular to my Sydney’s fictional universe, like a character’s eye color, not items that can be fact-checked with Google. 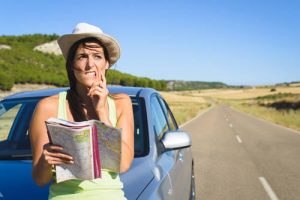 Some of these notations got detailed responses, some the more lackadaisical “THINK SO” after I spent way too much time searching through Grave Truth and all of the previous Sydney books and stories without finding anything to contradict what I’d written.

Finally, there are ones like whether fictional Stetler County is the neighboring county to one of the other fictional locations in this book. Hmm… I can’t exactly drive there. Thus a quick search, followed by the oh-so-empowering, epiphanic notation, IT IS IF I SAY IT IS.

Exhibit C: I wish I could load my books into a massive software program that would create a visual simulation of the characters, their houses, their cars, their favorite hangouts—in short, everything I’ve written about their lives. Preferably as holograms, just to torment our cat.

Since I can’t do that, another common notation is Continuity or Consistency, meaning is this specific detail consistent with what I’ve already written in this or previous Syd adventures?

One example: whether the armchair in attorney Roger Weber’s living room was made of brown leather. Let’s be clear, not even his favorite armchair, just the one that would be nearest to him at a given moment. How ridiculous is that?! Syd has only previously been to Roger’s home in Braving the Boneyard. I didn’t exactly map out the furniture in every room, and he could have bought a new chair since then!

My final response to that note: WHATEVER.

After I did a quick search for “leather chair.”