Forgive me if I channel my inner Justin Wilson character (I only lived in Louisiana for about five years, but I did marry a NOLA boy) and ask, How y’all are? 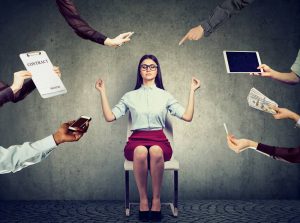 Between the corona-virus, the stock market, the political angst, and all the normal crazy crap each of us has going on at any given moment, I think there’s a fair chance we’re all pretty stressed.

Confession time: I’m so frazzled, there is currently someone revving an engine in my neighborhood (for the millionth time, at ALL hours) that should be glad I don’t have a shotgun handy. For the engine block, not the person, I swear! From what I’ve heard over the past two weeks, it could only improve the vehicle’s function. 😜

So let’s take a moment, and maybe a breath or two. Just don’t exhale in your neighbor’s direction. (Unless maybe he’s revving an engine.)

Since we can all use a little pick-me-up, it seemed like the perfect time for a combo mini-Magpie Moment (bits snatched from real life and tucked into my fiction) and Swag Giveaway.

I include Dedications in my novels and occasionally in my novellas. Of course, e-readers and tablets often skip any front matter and open books directly to page one of Chapter One. So if it slipped by you, here’s the dedication for the third Sydney Brennan PI Mystery, The Perils of Panacea:

Dad, I used your joke.

My Dad… wow, I’m not even sure how to finish that sentence, so I’ll just stick to what you need to know for this post. His formal education never went past high school, but he was brilliant. He had systems and designs and theories about wide-ranging subjects (with an occasional dash of paranoia—I shudder to think of what our current times would generate). And he was a man who appreciated words, especially puns.

[Quick side note because, as I mention in the Acknowledgments, both my father and father-in-law were on my mind while writing Panacea: my father-in-law’s jokes could have been lifted from Reader’s Digest, but his premature smile was so infectious, I always laughed at them.]

As I was saying, my Dad was a lover of puns and word play. And one particular joke stuck in my mind so vividly, it came into play in Panacea as follows:

“What is this adventure that won’t involve guns?” I asked, yelling in the direction of his bedroom.

“The area of a circle and pastries. I know. Geometry was the last math I really understood. Cute. So, this adventure?” I asked.

—Chapter 29, The Perils of Panacea

A bit of peek behind the scenes here: for such a simple joke, it’s awfully hard to execute in print!

(And also in blog posts.)

I was visiting my mother-in-law in Florida when Panacea launched. Imagine my frustration when a devoted reader let me know it didn’t work in her version (thank you, Lissa!). I want to say π became a nonsense, wing-ding symbol, but the strike-through has caused me some problems as well. 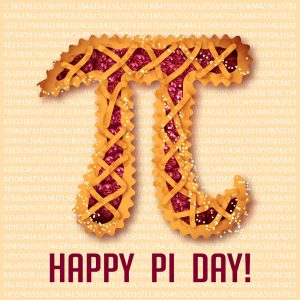 For those of you on non-cooperating devices who are a few years past high school geometry, it should read: Pi [pie] are not squared, pi are round.

The joke may have been from Dad, but I have to admit Syd’s sentiment was all me. Geometry (and trigonometry, but I consider that fancy geometry) was the last math I intuitively understood (grokked, for you Heinlein fans). I have a soft spot for the subject and actually use it on a semi-regular basis. (If you’ve already read Panacea, be sure to check out my Pythagorean machinations in the climactic scene.)

So this is where you all glance at your calendars and confirm the date: 3-14. Why yes, it is Pi Day!

What better way to celebrate than by winning Mike’s shirt (my version of it, at least) or mug!

To enter below, just click over to my Society6 Page by March 21, 2020, and watch your email. (You don’t have to stick around there or do anything; that’s just the simplest thing I could make the software do for an entry!) I’ll pick one lucky winner from anywhere Society6 delivers to (which at the moment is pretty much everywhere, but this close to the End Times, who can say?). Good luck, and let’s go eat some Pie! (Or maybe, stay at home and bake some.)