[Am I the only one who feels like An-Editing would make my brain feel less ‘splodey? I’ll leave it that way to find out.] 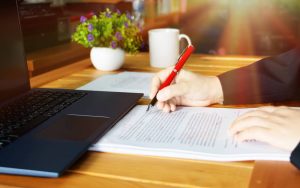 Sydney’s next novel, The Perils of Panacea is in the final stretch! Okay, maybe not the final stretch, but at least the penultimate stretch. I had hoped to finish the edits by Monday, but I got sidetracked and lost a day Friday, so we shall see. Then out to beta readers and proofreading (that one is still up in the air), and the formatting scramble.

I do my own formatting, and the ebook usually isn’t too bad (although the hyperlinks can be trixy, precious). The paperback is usually a morning of experiments and staring at the screen, wondering what random glitch can cause something that looks like that, followed by an almost magical resolution that fixes things but can’t be reproduced next time. Then I upload the file to a template that tells my cover designer how many pages the final product will be so she can make the cover the right size.

Wait—did someone say cover? Oh yeah, baby! I don’t have the final version yet, but I know what the ebook cover looks like and me likey. I think it’s my favorite so far. Having it done a smidge early was my cookie to help push through the final edits. My newsletter people get the first sneak peek in about a week, and I’ll do a reveal on the website shortly after that.

I actually had a couple of really good editing days this week, really good in the sense that time just zipped by and I didn’t want to stop in the evenings. I love feeling that kind of flow while writing, but I’d never felt it while editing before. But I’ve learned to be careful about editing late. If there’s a plot or character obstacle to be surmounted, instead of sleeping I’m stuck lying in bed watching my brain get all Everest-geared for the ascent.

Alternatively, I’ll end up having conversations in the dark with my husband that make me laugh so hard I cry.

For example, I recently shared that one of the random things I’d done that day was to choose a brand of fine Scotch. (Online research for a character, not my own tortured writer aspirations.)

Let me share a few bits of our dialogue. I should preface this by noting that my husband is a very intelligent person, but he is not a big drinker. That’s all to the good, but he has somehow managed to avoid picking up basic information about the subject through cultural osmosis. (Maybe it’s Buddhist Teflon.) As you’ll see: 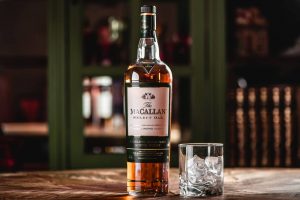 HUSBAND: Huh. Scotch. What about Bacardi?
ME: That’s not Scotch.
HUSBAND: Why not?
ME: It’s rum.
HUSBAND: Really? What’s the vampire one? [Reference to their recent ad campaign; not sure how we managed to absorb that]
ME: That’s Bacardi. But it’s not Scotch.

[Digression about Bacardi being perfectly respectable, but not top-shelf, which is what I have in mind, and, oh yeah—still not Scotch]

[Digression onto famines; followed by brief overview of Scotch production, including yes, only in Scotland and how it can be aged or finished in barrels that previously contained other types of alcohol]

For the record, I went with Macallan for the Scotch. In the novel. Fortunately I didn’t have any at home.