Aloha! Being Friday and all, I thought I’d take a break from my week of soul-sucking, admin-type things (the next “dashboard” I see better have a V8 engine attached) to give you a quick Magpie Moment, one perfectly themed for your upcoming weekend.

“I’ll have the margaritas waiting,” Lisa called out.

Our mother had always preferred drinking margaritas to hurricanes at a Hurricane Party. (She’d said it would take more than seventy-five mile-per-hour winds to make her drink anything so vile.)

Having lived in New Orleans, I’d have to agree with Syd’s mom. Hurricanes are definitely an acquired taste, acquired only after drinking a lot of something else to dull your senses. 😉 I’ll be honest—I’m not sure how many New Orleanians drink them outside of the token trip to Pat O’Brien’s with guests.

But everyone (everyone who imbibes, that is) should have the experience once. 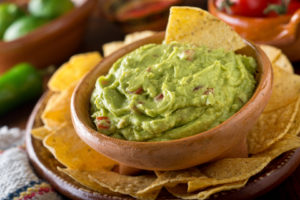 Margaritas were our beverage of choice for the occasional hurricane party back in the day.

One particularly memorable batch was concocted as someone (Hurricane Georges?) knocked at our NOLA door. Darkness struck and the sound of grinding ice disappeared abruptly when we lost power.

Initially we thought the blender had blown one of our fuses (the only things older than our electrical wiring were the sewer pipes beneath the house, which is a disgusting story for another day). It turned out a tree had fallen ahead of the storm and took out power for the entire neighborhood.

With evening’s arrival, some people reevaluated their evacuation decisions, loading up their cars for a last-minute skedaddle. We sat on the front steps with our next-door neighbors and watched the activity as the weather rolled in, sipping margaritas and eating chips in the near-dark.  (We trashed the guacamole when we finally realized the lapping sound wasn’t approaching rain, but our sneaky dog Kallisti eating from the bowl.) 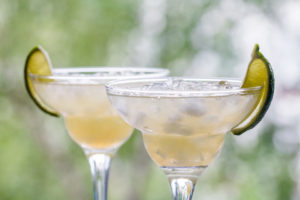 “Hey!” I said, drawing Lisa’s attention. “If you’re done bitching at your husband, you made me a promise that you have yet to keep.”

Lisa looked confused, but, as always, ready to be preemptively mad at me and yell back.

“Where’s your battery blender?” I asked. “I’m still waiting for my margarita.”

In fact, we did own a battery blender, one of the earlyish models.

(You can see a picture here on my NSW Pinterest board.) We had a little bitty sailboat that we took out on Lake Pontchartrain from time to time, and who doesn’t love the idea of a battery blender on a sailboat?

I don’t recall ever using it on the boat, but the blender (with its big fat rechargeable batteries) was called into service on land from time to time, including for the occasional hurricane party.

Today we’d be more likely to make smoothies than margaritas (actually, that was the case back then as well), but I remember that blender fondly and wish we still had one. Of course, living on an island and totally off the electrical grid, I like the reassurance of having a battery-powered version of everything.

Don’t worry—we wouldn’t use it until after the battery-powered chainsaw was tucked safely away. 😉