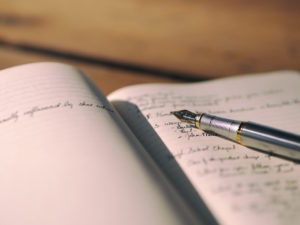 Just a quick status report this week on the new Dead Hollow series—I’m neck deep in the storyboards (basically a very loose outline, a paragraph or two per chapter) for Book Two, and the poop is about to hit the oscillator! (Can you tell I’m almost giddy today?) My editor and I have also finished the first round of the Book One (Prodigal) copy edits. She found a couple of things to tweak that helped the story, and I felt particularly gratified that she didn’t get hung up by the seeds I’d deviously planted for Book Two. I’ve mentioned before that this series will be in 3rd Person (Sydney Brennan is in 1st) with multiple points of view. I laughed out loud when I realized that my grammar mistakes were always in chapters from one particular POV, a man who… let’s just say he has a flexible relationship with word rules. But while I could laugh at his bleeding dialect (don’t worry—it’s not really dialect dialect), I could not laugh at another of my shortcomings. You may recall from previous posts (re Braving the Boneyard and The Perils of Panacea) that I have a slight hyphenation disorder. Compound words generally are my Achilles Heel. Well, that heel hasn’t healed. 😛

I put Post-Its on my bulletin board with words I commonly misspell (it’s pickup, not pick-up, for instance), so I kept a list of misspelled compound words as I went through my editor’s notes. The letters were all correct; it was just a question of whether the two word halves should have been joined, hyphenated, or spaced. There were twenty-five. (Perhaps I should have used the numeral, to avoid having to spell it, just in case.) It doesn’t help that the spelling of some words varies depending on whether they’re being used as a noun or modifying one. I won’t reproduce the list in full, but I will share a few words—not for your edification, but in the hopes that public shaming will help them stick in my head: 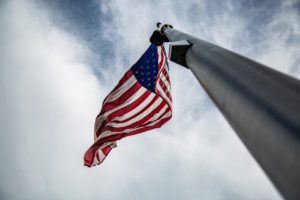 I aspire to be well organized, but settle for giving the piles of paper on my desk stink eye before throwing them in the trashcan.

The blue jays enjoyed drag racing around the pigpen until they struck the flagpole.

I’m wondering if it’s genetic. I can’t roll my tongue, but I can move my eyebrows independently, should that help future researchers investigating compound word impairment. Who knows? Maybe then I can get an editor subsidy. 😉