This is a brief blog post, for reasons you’ll soon understand. It’s been an experimental week here in the Myth Lab. (I borrowed that title from Chuck Wendig until I can think of something better; he’d decided not to use it anyway for obvious pronunciation/law enforcement reasons.) I got my Prodigal manuscript off to the copy editor successfully over the weekend – woo hoo! This week, I’ve been doing a lot of work on my writing business infrastructure. I’m tweaking my website, upgrading my email function, learning a new book formatting program (which I LOVE—Vellum rocks!), updating old book files and links, etc. And I’m working on learning another new program as well… 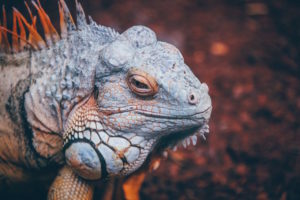 At the end of 2016, I ordered a well-known dictation software program. It just arrived a couple of days ago. (A lot of things have been on slow boats to Hawaii lately.) I have to admit I was a little disappointed that there was no fantastic beast on the box. But hey, it’s their marketing loss. I decided to try it out for the first time writing a blog post today. That means I’m speaking more loudly and more slowly than I usually do, and I’m hoping my neighbors can’t hear me over the sounds of their chickens. (No, the software is not picking up various domestic and feral animals in the area, so that’s good.) So far, it’s working pretty well. There’s a short setup process after you install the software, and you can choose an accent (for yourself, not your next fantasy boy-toy). The only two choices for Americans (at least on the Mac version) are plain American and American-Southern.

Uh-oh. As I was finishing the previous sentence, everything disappeared from my screen, reappeared again line-by-line—with new errors, including a space after every apostrophe and some garbling word shuffles—and a pop-up said, “Dragon quit unexpectedly.” Hmm… maybe I should have gone with Southern? Hawaiian Pidgin definitely would have fried its circuits. The paragraphs are pretty well slopped up now (I intend to fix it before posting, so take my word for it), but up until that point, the only two significant errors were “mixed lab” for “Myth Lab” and “Chuck Wendy” for “Chuck Wendig.” That’s not bad. Except for the whole Boggle thing at the end. (Confession: I don’t think I’ve ever played that game; and I call myself a writer.)

I’m going to take this opportunity to cut my losses and gather my chainmail (and caffeine) before beginning the Troubleshooting Mission. (Did I mention my email won’t let me download attachments today either?) Save yourselves! And remember me, perhaps in a heroine’s song with a glass of mead. Unfortunately, a lifetime of improvised songs has taught me that with a rhyme-impaired name like Judy, I’m likely to feature in ditties that can’t be sung outside of strip clubs. Club Revelations, perhaps? 😉

[Awesome Iguana by Nick Karvounis and Knight toy by James Pond from stocksnap.io]