I’ve been working on a bunch of last-minute book launch things lately. As an indie publisher, I am responsible for everything that goes into my book’s production, but I don’t personally do everything. That’s one reason many indie publishers don’t like the term self-publishing. A responsible publisher does not do everything him- or herself. I have a cover designer who makes Sydney’s world come to life. For Panacea, a developmental editor helped me see structural and plot and even footwear issues. As I explained in my most recent post, my copy editor has a fine eye for details like spelling and punctuation, but also for logical inconsistencies. I do format my own ebooks and paperbacks. There are people who can do it better and much faster (probably with much less swearing) than I can, but it’s a cost-benefit analysis. I’ve taught myself to do it competently (I hope) to stay within my budget, and I like being able to update my files whenever I want to change the back matter or, heaven forbid, if I find a typo that slipped through. Paperback formatting is probably the next thing I would delegate, but only because the one thing I really loathe cannot be delegated.

If you’ve heard a wailing in the ohia forests lately (sorry—I don’t think my WordPress formatting can handle proper Hawaiian for Metrosideros polymorpha), it was not the Hound or even the Boar of Lower Puna. It was me battling my brain for a blurb. I know I am not alone in saying there are few items I find more painful to write than blurbs. Okay, obviously an obituary for someone you know would be awful, but short of that I can’t come up with a thing. It’s not just that you’re condensing one hundred thousand-plus words into a paragraph or two. I’ve condensed some pretty intense science concepts into kids’ magazine articles that weren’t much longer. It’s that you’re condensing a ginormous pile of story words you wrote and still have some attachment to (although editing did beat some of that out of you) into sales words. Eww… But if one actually wants to sell books to people so they can read your words, versus just writing words and flinging them to the wind, one can’t be precious about such things. And this one does (want to sell, that is; I reserve flinging for food and the occasional too-affectionate roach). 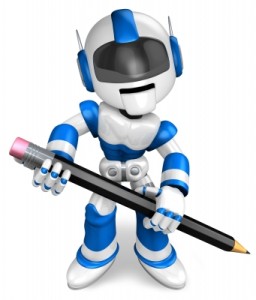 I don’t mind sharing a blurb with my newsletter, or even on my website, that’s pretty good but not quite there. But lately it’s been Blurb D-Day: the paperback cover request. If I were just publishing an ebook, I could change my blurb regularly, like day-of-the-week underwear. (And hopefully any other kind of underwear; don’t forget to change your underwear, people.) But the paperback cover blurb is forever, or at least the life of that cover. See, your ebook (which is only the front) has a different cover from your physical book (front, spine, and back). The paperback cover is just about the last thing to happen in the book production schedule because your cover designer needs the exact number of pages (which means you have to be done with all major edits and formatting) to know how big to make the spine. Thus my wailing. You also may have heard the Speak function on my Scrivener performing all the various blurb permutations. The Scrivener robot man’s transition from ominous dead bodies to a sing-song delivery of “JD Devereaux,” is almost enough to make me change the character’s name. When The Perils of Panacea does go live, blurb and all, I definitely will not be hiring Robot Man to do the audiobook.

[“The Writing With A Pencil A Blue Robot. 3d Robot Character” by Boians Cho Joo Young and “Cartoon Businessman Meditation In Gear System” by biosphere from freedigitalphotos.net]