I’d planned something else for the blog today, but let’s try something different… lots of pictures! Yesterday was my wedding anniversary. Yes–thank you, thank you, it is astonishing that my husband could put up with me for this long. In honor of the occasion, we thought we’d have dinner at the Volcano House and check out the lava while we were there. The Kilauea lava lake is visible from the Jaggar Museum for the first time since 2008, and the front page of the local paper has had fantastic pictures of it rising to just a few feet below the vent’s rim. So, road trip!

We knew there would be more people than usual at the park, but we had no idea how many more. The Jaggar parking lot was full, and we spent a long time in a line of cars parked on the incoming road. There were scattered rangers (getting trial-by-fire training in traffic-directing) and multiple checkpoints, with some gorgeous views along the way. Eventually we were directed to a parking lot near the museum. 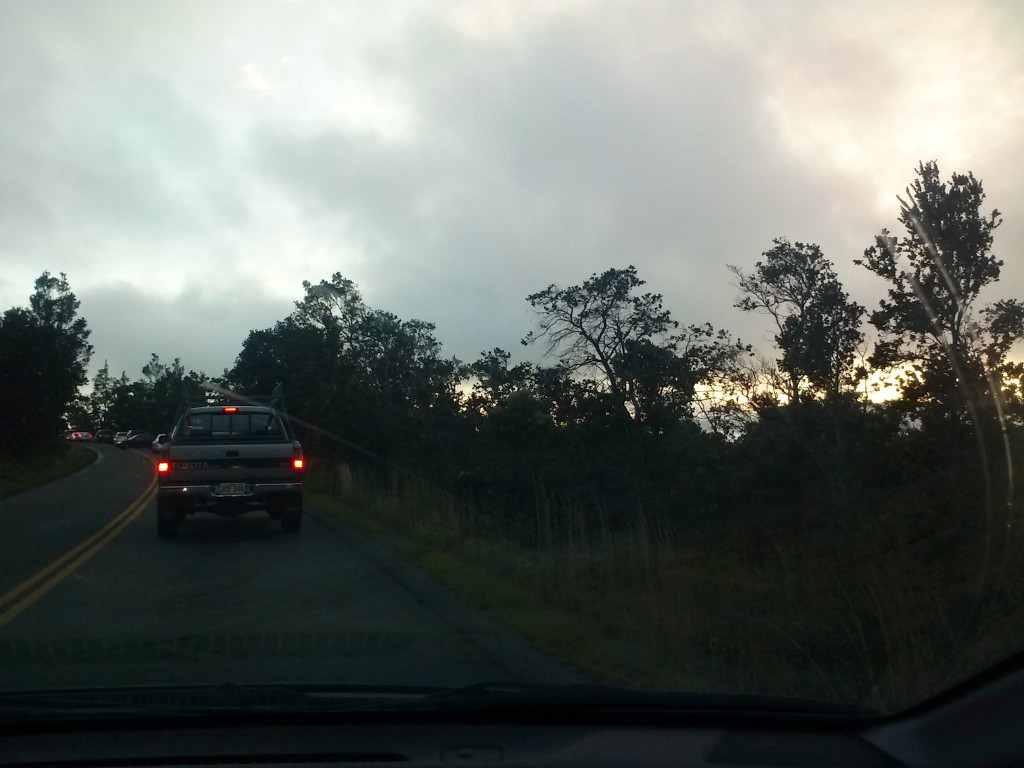 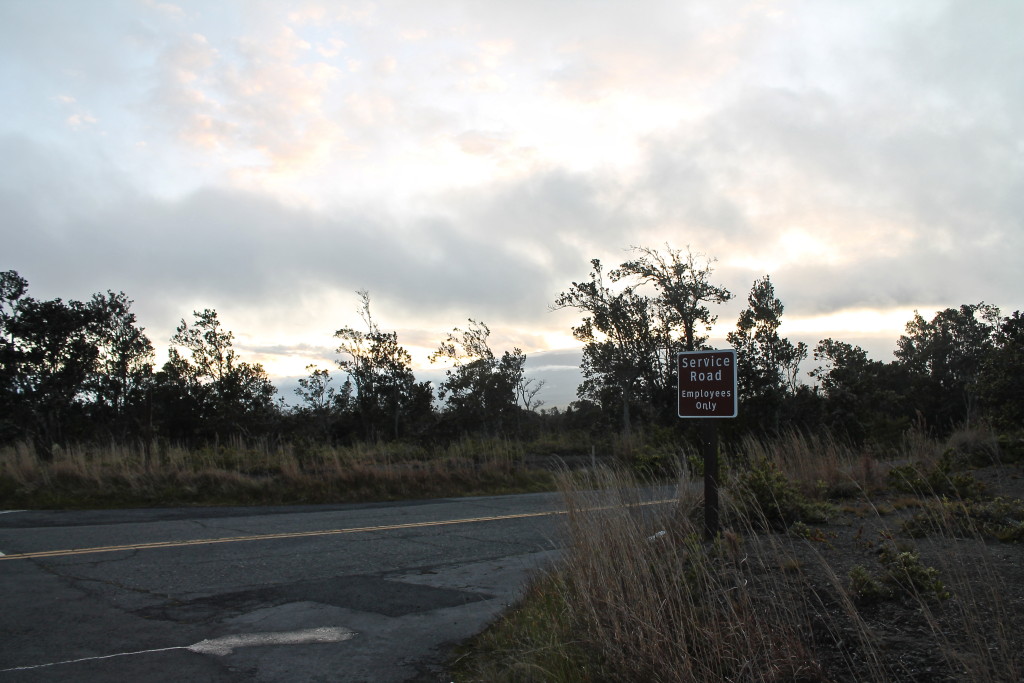 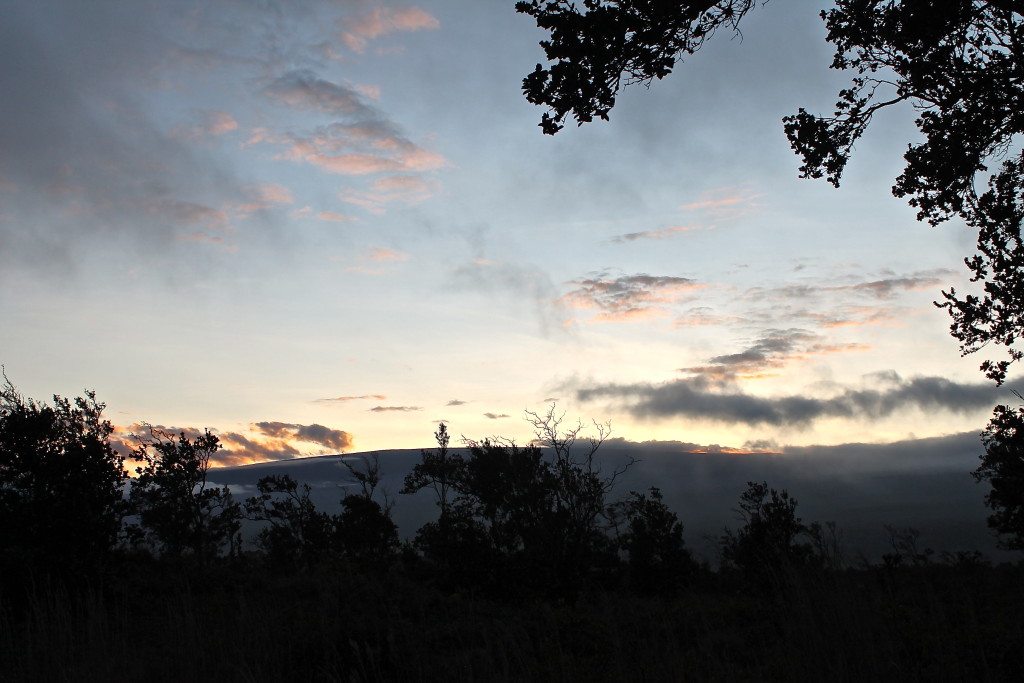 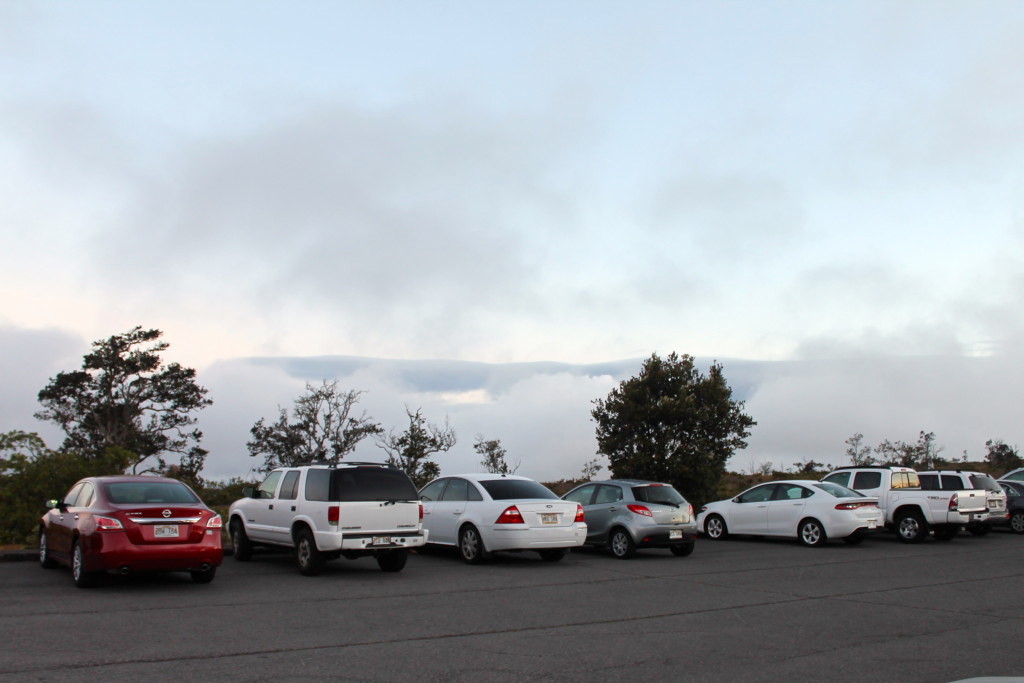 A trail led from the parking lot to the Jaggar Museum over the rise, supposedly 0.3 miles away. Not exactly a trek, but did I mention the boots with 2 ½” heels I’d worn in anticipation of a nice dinner rather than a short hike? The ranger looked at my footwear skeptically and recommended we take a flashlight since we had max half an hour of light left. (All my photos were taken without a flash, and it was actually much darker than they appear.) There was a great view of the Halema‘uma‘u Crater, with more than a hint of lava glow, from the edge by the trail. The trail itself was far better paved than our streets, so no worries there, and there were more great late-day views along the way. 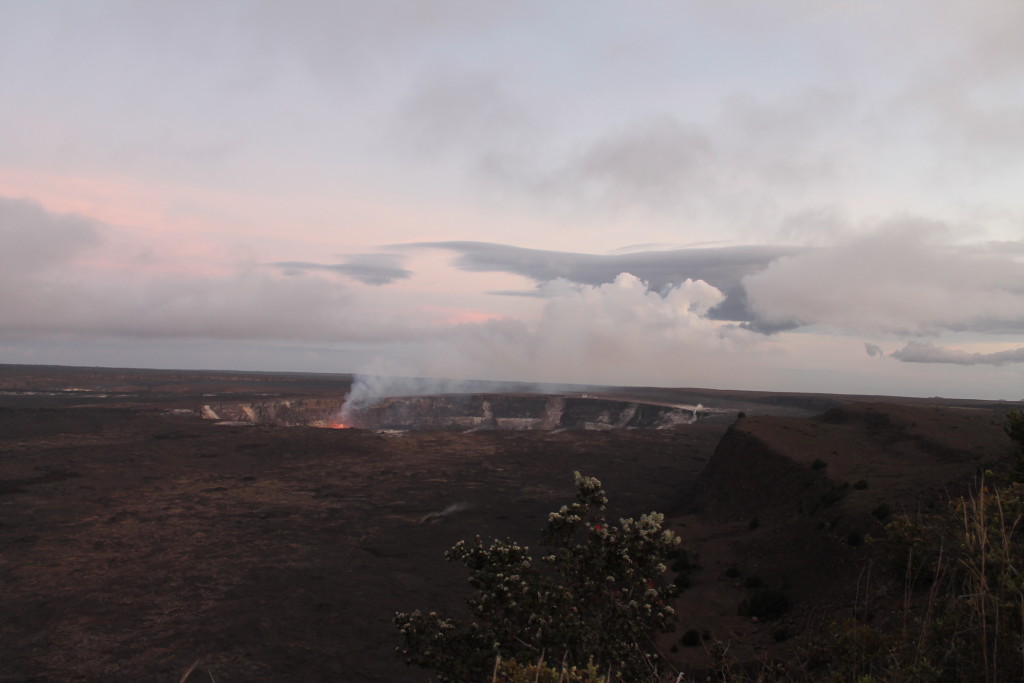 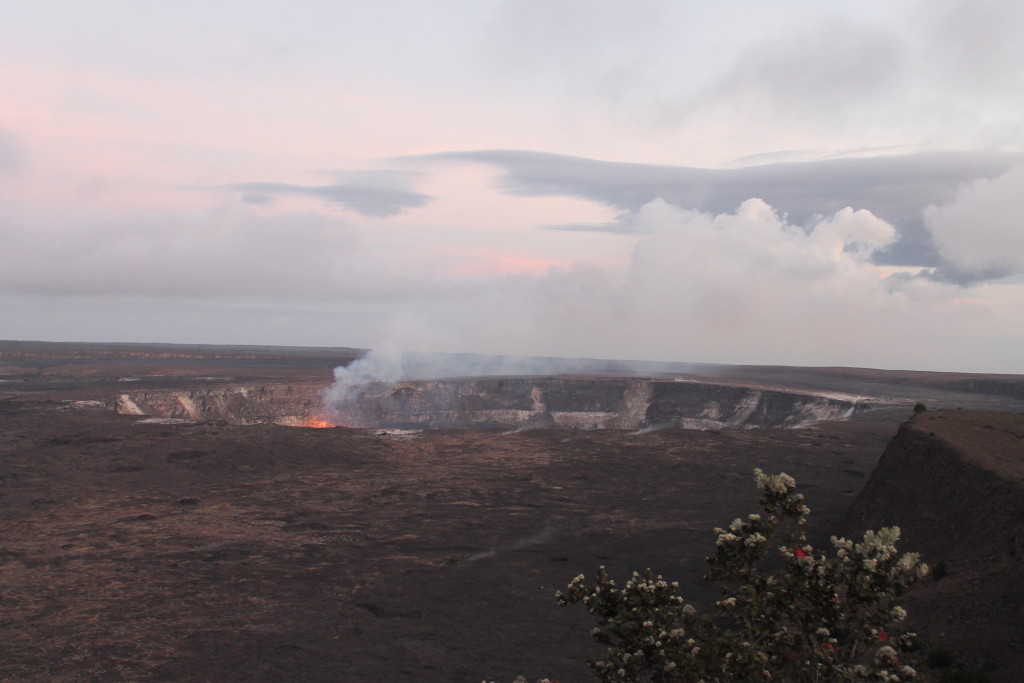 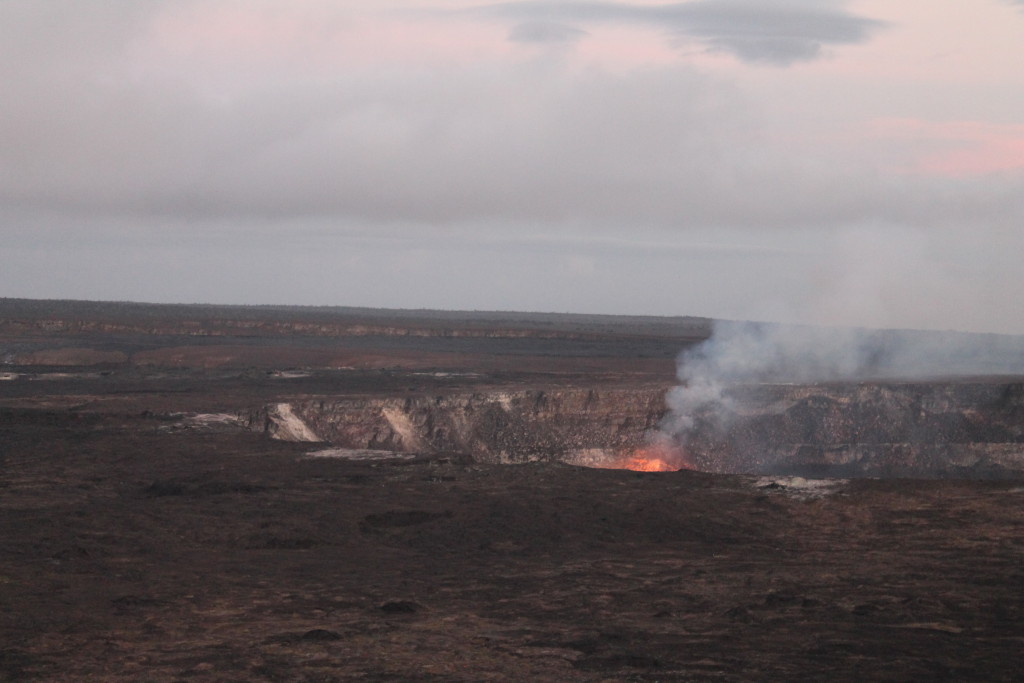 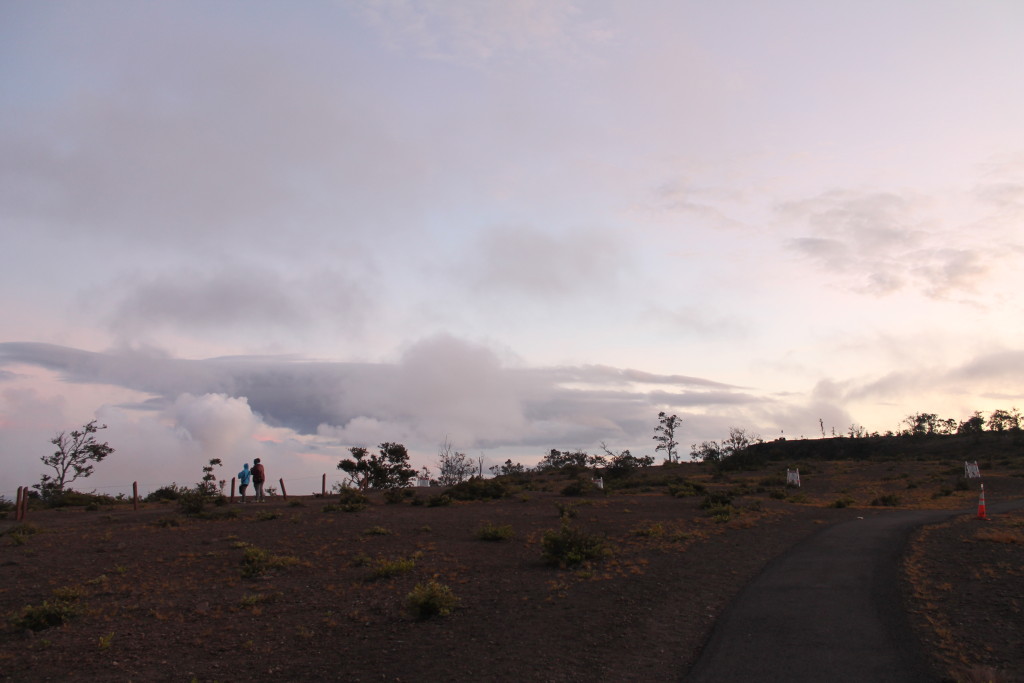 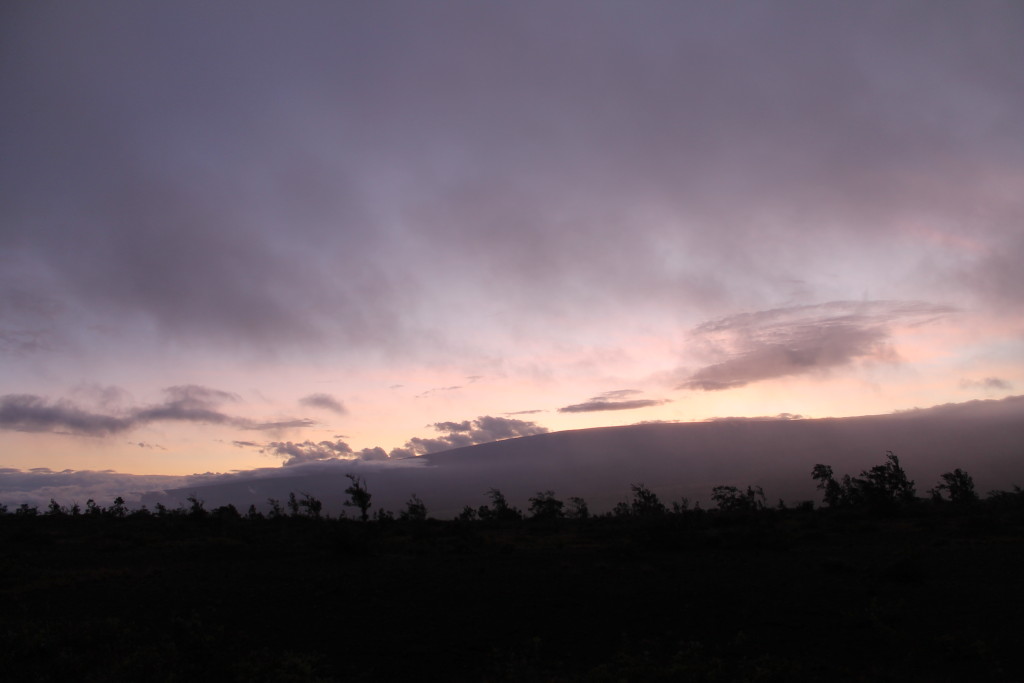 We finally arrived at the Jaggar Museum to find a packed viewing area. Remember, it was much darker than it looks in the photos, and people held their phones and cameras high to take pictures above their neighbors’ heads. Locals and tourists (speaking English, German, Russian, French…) rubbed elbows, and everyone was so polite about sharing the view. (There was also a shocking lack of snarliness in the line of cars.)

Words and pictures can’t do the lava justice. (Especially with that darned ohia tree blocking the view!) The lava lake is contained in a roughly 500 ft x 700 ft area within the 2500 ft x 3000 ft crater, so a relatively small portion of the large crater looked molten, but the part that did was alive. Even without binoculars (add that to the list!) you could see the liquid lava ripple and roll, and molten cracks appearing and disappearing. There were frequent spattering explosions that made me giddily chatter with strangers’ children, knowing they (and we) may never see this again in our lives. The lava has inflated very quickly (more than 150 feet rise in height in just over a month, about 85 feet of that in less than a week), and it could deflate just as quickly. Emphasizing the precariousness of our show, before we’d made it all the way to end of the small viewing platform, a heavy fog rolled in. Soon, there was nothing but a nuclear glow in the distance. 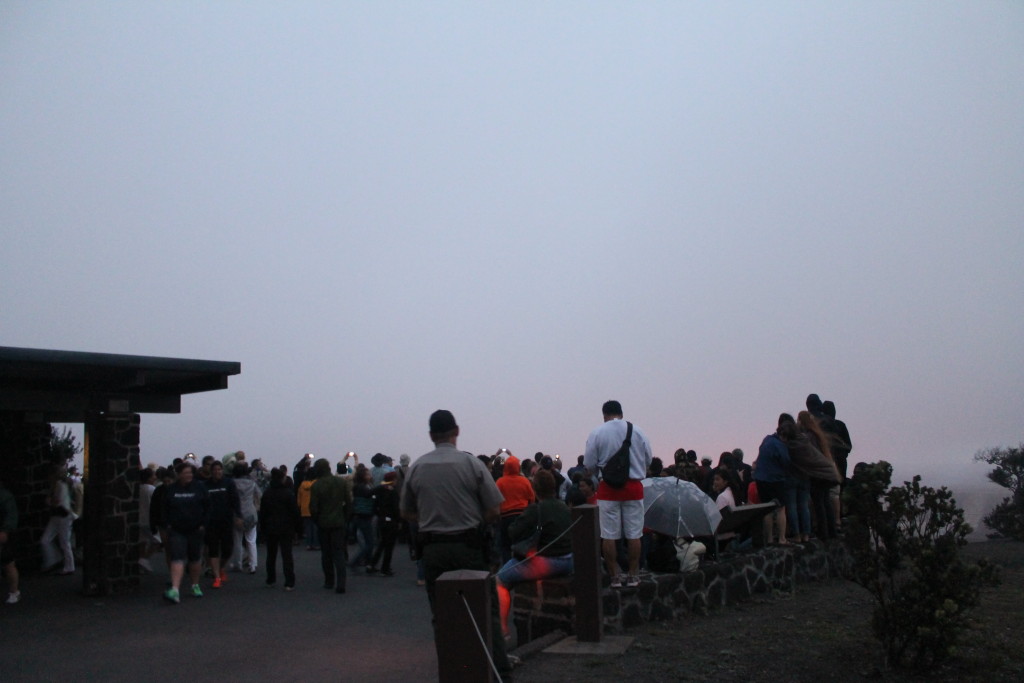 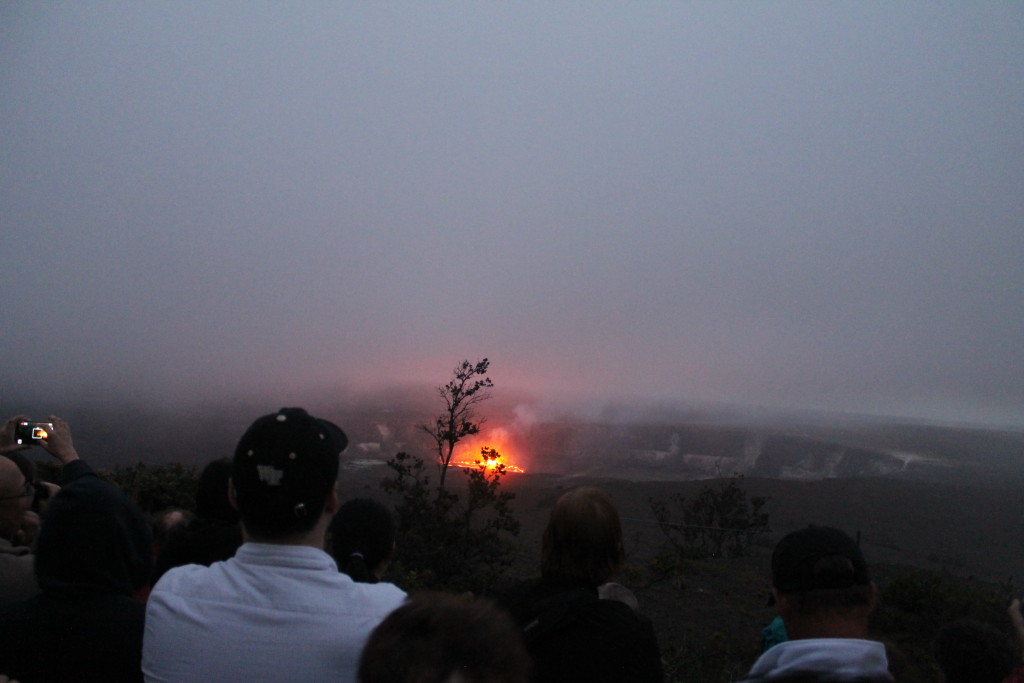 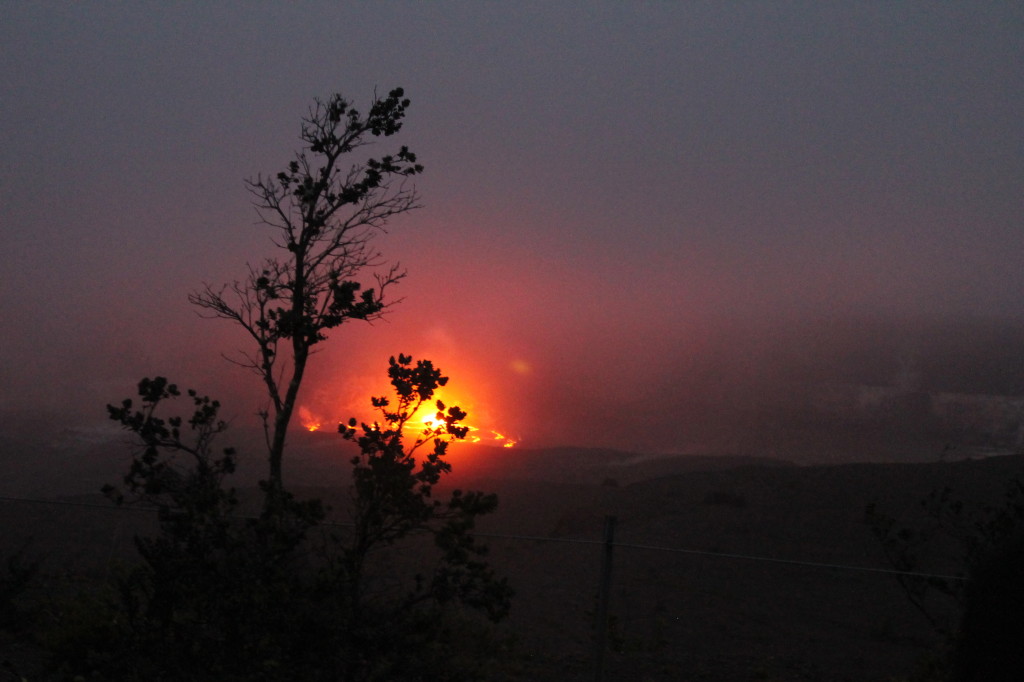 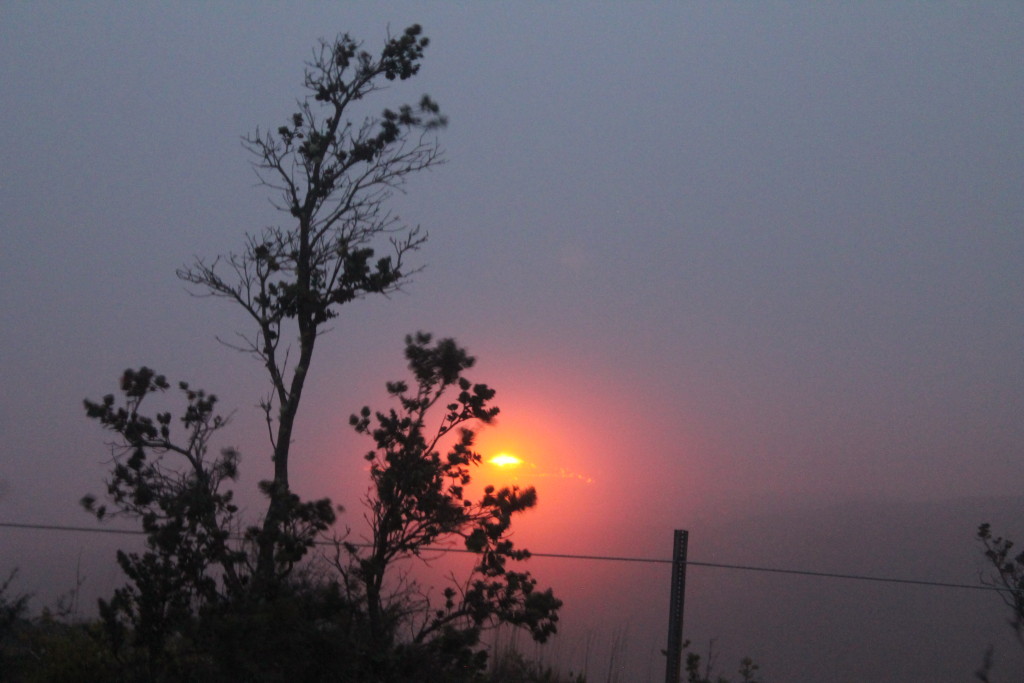 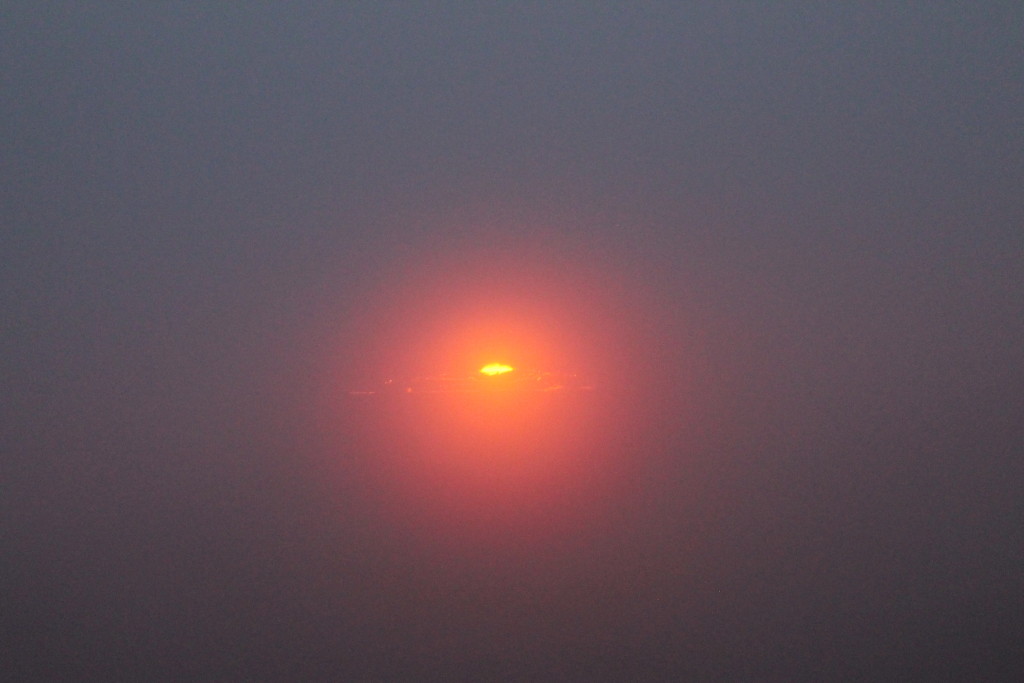 We hung out for a while, waiting to see if the fog would lift. Unfortunately, it seemed pretty socked in and, as we hadn’t eaten yet, there was much borborygmi (new favorite word!) to be heard. We managed to make it back across the trail to our car in the full dark without spraining any ankles (in my boots on the now-wet paved incline, it was a near thing!) and stopped at the edge of the trail for one last look. Unfortunately I didn’t have a tripod for my camera, and although I leaned against a post, the wind blew so hard the post was moving. But you get the idea. It took quite a while to have dinner (of course, now we know we should have made reservations), and when we left the park there were still people streaming in to see the show. Our visitor’s pass is good for a week, so I have a feeling we may be joining them again soon. Next time, with a tripod and sneakers… 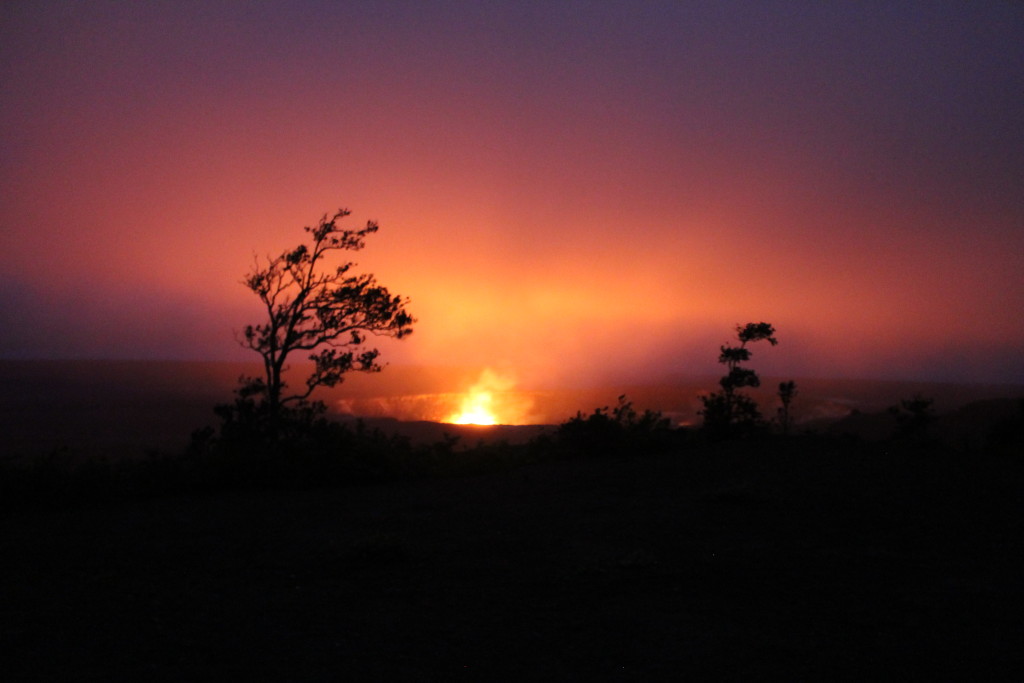