So last night, standing at my computer, I had one of those moments. You know the ones, where you suddenly have no clue what you’re supposed to be doing. Not in an existential, meaning of life sense. In a where did I put my keys? sense.

I often have those moments passing from one room to the next, but I couldn’t blame an evil, brain-robbing threshold this time.

Maybe I could blame the moth I’d just chased around the room, at length and unsuccessfully. (Though it disappeared behind the couch, one of my ears remained attuned for thump-thump-thumps to resume against the ceiling light.)

Or I could blame the Ninja Kitty that sauntered over to flop upon my feet. Again. (Annoying, but not nearly as bad as a few hours earlier when it was still pushing ninety degrees in our house.)

I stared at the blinking cursor, at the bursting Inbox I’d been attempting to manage a few minutes before. Even then I hadn’t remembered what I was supposed to be in the middle of doing, but when in doubt, whittle away at the digital deadwood, right? 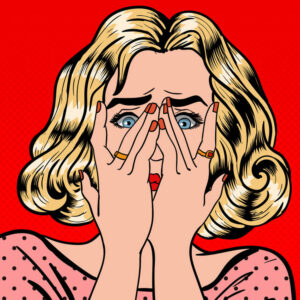 And then it hit me.

My chatty weekly newsletters, yes. (You can sign up for those at the top or bottom of the page where it says “Free Story”—hint, hint). But I haven’t produced a single biweekly blog post.

[Biweekly here means twice per month, not every two months, even though the latter would keep me out of article arrears. Does knowing that this English language ambiguity also causes Merriam-Webster sorrow help to ease mine? Honestly, a little bit.]

And it is now the end of June. Scheisse! 💩 (Emoji for clarity since I couldn’t get a German eszett to play nicely with my formatting.) 💩

And I could. But I’m not going to.

Instead, I’m just checking in. Letting you know that I’m still here. And I hope you are, too.

I’m working away on stuff behind the scenes, getting my nenes in a row. (Technically nenes are geese, but they are so ridiculously cute).

I’ll be back with something more substantial soon. In the meantime, take care and be safe.

May you sleep the sleep of the satisfied Ninja who creeps ever closer to his tolerant bestie Fred. 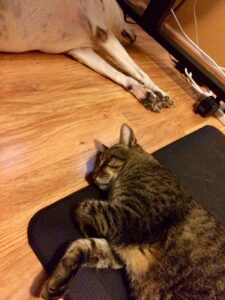 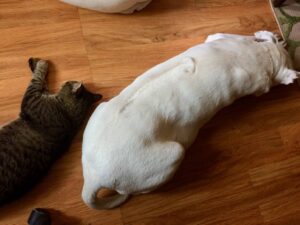 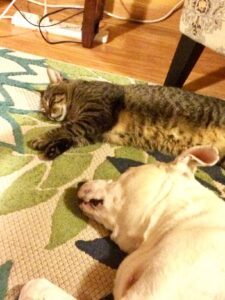