You may have noticed my absence from the Blog lately. And Facebook, and email, and everything except our brief the dog must poop walk. Like everyone else, I’ve been riding out the summer heat and random life bumps and curves and other things that sound sexy but make you carsick. And I’ve been battling internet demons (the ones that make your router say it’s working when it never is, not the ones that chant in tongues). But mostly, I’ve been hunkered down, writing/re-writing. 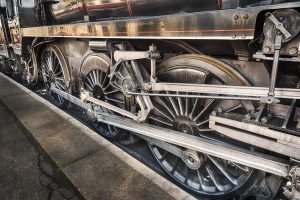 Which brings me to my good news—Syd #7, The Grave Truth, is chugging down the tracks!

Chugging, because yes, I am behind. Down the tracks because I’ve finished a draft and just sent a chunk (25K words) off to my developmental editor for a last round of feedback. I’ve also started working with my cover designer, and I can’t wait to share what we come up with.

So what can I tell you so far? Um, I may have mentioned this before, but it’s even more true now… The Grave Truth is a door-stopper. See, before it would have stopped regular interior or exterior doors, but now I think we’re moving into propping open castles territory. At <mumble, mumble>… I said, at over 143,000 words, it’s about 9K words longer than Heir, Dead Hollow Book Three, my previous longest book. I’m sure that will come down… right?

Without getting into too much detail, after a discussion with my editor a while back, I realized some character changes needed to be made that weren’t objectively major, and yet cascaded through the manuscript like pudding down a rocky slope. (That’s the kind of metaphor that arises when I’m hungry; it’s a miracle Ben & Jerry’s wasn’t involved. Or pizza. Mmm… pizza.)

For example, one character who was mentioned in an anecdote but never actually appeared and didn’t even have a name in the rough draft got *booped* by my magic writer wand and is now a significant player in the climax. Rewriting half a dozen chapters at the end from scratch—that was the easy part. The hard part was all the chapter chunks and nitpicky details in between. Those details could be as small as this section now requires plural pronouns to as big picture as now that Character X is in the game, does Character Y’s motivation for being there still make sense? Do I now need to substantially change Character Y and everything he or she does? 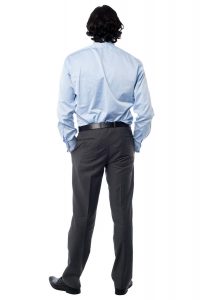 Honestly, that kind of thing is mildly exhausting and moderately brain-frying. And once my brain is fried… well, we all remember that anti-drugs ad. There’s nothing to do but pass the salsa. (And by we all I mean Gen X and older, or anyone who spends too much time on YouTube.)

It’s a dangerous state of mind, a kind of decision fatigue where you’re vulnerable to research rabbit holes. Let me share one I only remember because, in a moment of semi-lucid self-awareness, I wrote it on a Post-It. Prepare yourself for…

Syd embraces a character wearing a dress shirt, and I envision a pleat on his shirt back. Is there a word for that pleat? Why, yes there is—the box pleat. But it’s the most common pleat for off-the-rack shirts and often considered the least formal. (Other options include side pleats or no pleat.) And the character isn’t really an off-the-rack kind of guy. So maybe he should be wearing a shirt with side pleats. But then Sydney’s hands wouldn’t land on them, and we wouldn’t notice them. Well, box pleats could be his thing, maybe the first dress shirt his dead mother ever gave him had box pleats …

For crying out loud, it’s a hug! Back away from the internet, fried writer person.

Worst teaser ever: if you want to know what kind of shirt the man ended up wearing (and who he is), you’ll have to read The Grave Truth. 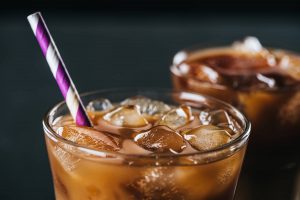 But I am now through the other side, on to the next stage. Which means playing catch-up with things like the hundreds of Spam emails filling my writer Inbox (seriously—drones and sex aids out the wazoo), outstanding tickets and issues with multiple service providers, the bug dude, the vet, the car dealer (the panel is currently lit up like a Christmas tree), and basically the To Do list that ate my life.

Or, I have an 800-page library book waiting for me. Did I mention it’s new and I’ll be the first person to read it? Plus a few trays full of ice cubes ready to became a major component in a glass of anything.

Gee, I wonder which one I’ll choose… 🤔

Have a great weekend, everyone!