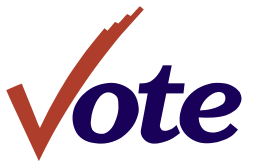 Finally, the survey I promised! It’s time to vote for something that really matters and won’t cause arguments with your spouse, neighbor, bus driver, or television… 😉 But first, a little context.

The fifth Sydney Brennan book, Braving the Boneyard, is in the edits stage, and I’ve decided to write a Sydney Brennan short story before tackling the next book. But what to write? The possibilities are endless. Some of the ideas I’d like to explore aren’t ripe yet. In other words, there are things that have to happen in Sydney’s world (apologies for annoying foreshadowing) before I can write those stories. But I have come up with a few ideas that are safe to write now, and I’d like your feedback.

Which of these stories would you like to read first? Or perhaps you’d like to read something else, spend time with one of your favorite characters or learn more about his or her background. To help you make your decision, let me tell you a little about who appears in Book Five. Of course, several new characters are introduced, but among the characters you already know that get significant face time are: Ralph Abraham, investigator (and Sydney’s old mentor from the public defender’s office); Syd’s teenaged neighbor, Ben Singer; attorney Roger Weber; from the Panhandle Posse, investigator Mike Montgomery and attorney Richard Frey; and Glenn, the former biker and current owner of Cooper’s Bar. (Hmm… seems man-heavy, but I guess that’s what she gets for working in a man’s world.)

The survey runs until February 15, 2016. I’ll share interesting bits on Facebook during that time, and halfway through I’ll do a quick Blog Post with any intriguing write-ins or trends. That way, you can vote again if someone has suggested something that strikes your fancy. The top-voted option won’t necessarily be the story I write (I might fall in love with one of your suggestions) but your feedback will definitely figure heavily in my decision. Thanks for voting!